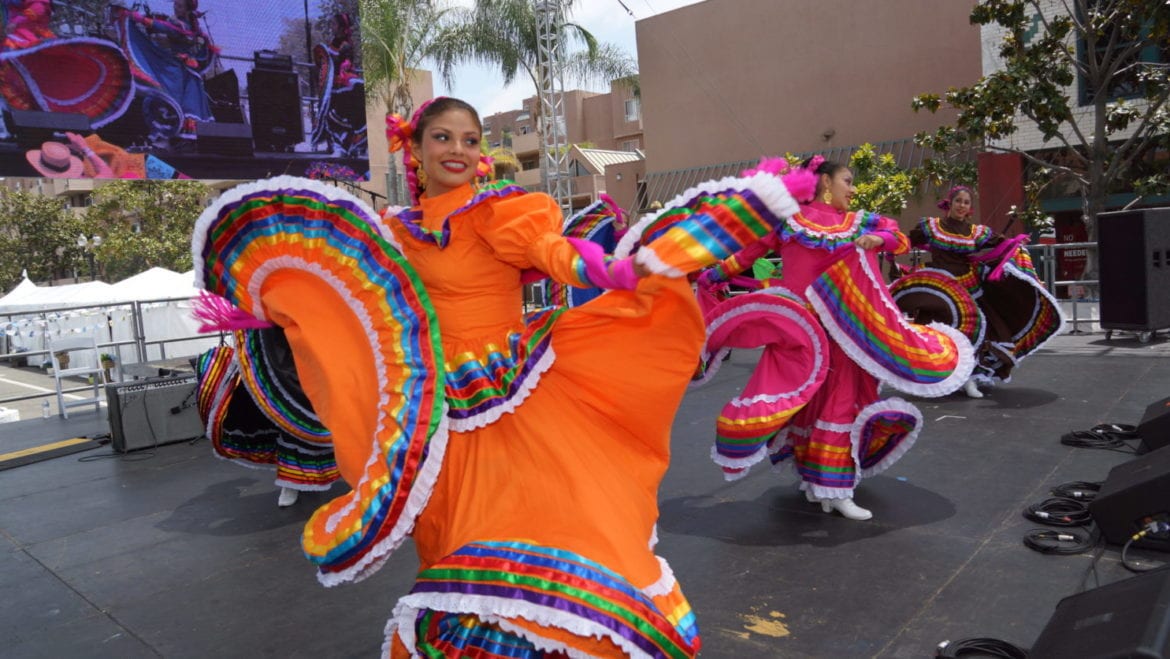 Photo courtesy of the City of Santa Ana

Dancers perform during Mexican Independence Day celebrations in Santa Ana. This year, festivals have been canceled due to the coronavirus.

Every year, Santaneros (residents of Santa Ana) and other locals in Orange County celebrate Mexican Independence Day with a colorful parade at Main and 15th Streets and street fair festivities on Flower Street between West Santa Ana Boulevard and West Civic Center Drive.  Because of the coronavirus, the streets will be quiet this year; however, a live celebration, organized by the Consulate of Mexico in Santa Ana, will be offered online this evening.

The Difference Between Mexican Independence Day and Cinco de Mayo

Although Mexican Independence Day is one of the most celebrated occasions in Mexico, in the U.S. it is often confused with Cinco de Mayo.

Cinco de Mayo, celebrated annually on May 5, is typically celebrated in Puebla (a municipality in Mexico), celebrating Mexico’s victory during the Battle of Puebla, which was fought against the French. But, because of commercialization through companies, restaurants and other businesses, it has become associated in the U.S. as a popular Hispanic celebration.

The occasion of Mexican Independence Day, celebrated annually on September 16, commemorates the start of the fight against Spain. Spain had ruled Mexico for the last 300 years, and the Independence Day is celebrated more extensively in Mexico.

September 16 marks the day that Miguel Hidalgo y Costilla – a Catholic priest and leader of the resistance – gave his “El Grito de Dolores” or “the Cry of Dolores” speech calling on Mexicans to battle for Mexican independence from Spain on the same day in 1810.

The occasion is celebrated both in Mexico and the U.S on September 16 annually.

“It’s a very special ceremony for us to feel and express our patriotism, as well as to enjoy and feel proud about being Mexican. This is a time when we bring joy in how united we are as a country, and our people (show solidarity),” said Mónica Ochoa Palomera, the deputy counsel of the Consulate of Mexico.

Yet, the changing circumstances of who has been able to control and organize events like this one in Santa Ana have raised questions among locals over whether the elimination or commercialization of cultural celebrations in Santa Ana has in turn gentrified them.

“You see the drastic changes that have been happening in downtown Santa Ana for the last 10 years,” said Gabriela Hernandez, an organizer with local Latino advocacy and anti-gentrification group, Chicanos Unidos. “You can see the increase in a certain kind of younger, more hipster-like events that have been prioritized over cultural events that have been there for years and brought in thousands of people.”

With the coronavirus plaguing the country, it has caused the cancellation of countless events including cultural events that are cherished by the community. Obviously, Mexican Independence Day joins that list, but for a celebration that shows great patriotism and has been celebrated for the past 200 years, the Consulate of Mexico in Santa Ana couldn’t stand around and let the holiday pass. 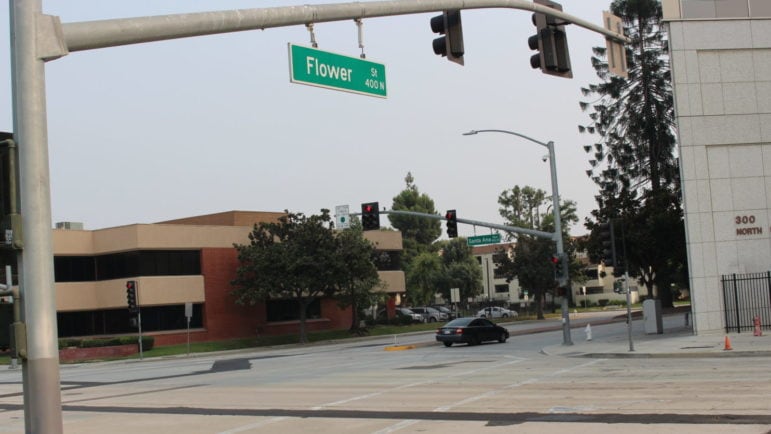 Street fair festivities celebrating Mexican Independence Day have been held on Flower Street in Santa Ana in past years. This year, the streets will be empty and a virtual celebration will be held online.

To discourage social gatherings and keep the community safe from spreading the coronavirus, this year the Consulate of Mexico will be hosting a virtual Mexican Independence Day celebration where it will be presenting the traditional “El Grito de Dolores” ceremony this evening, Sept. 15 at 7 p.m. The occasion can be streamed on its social media platforms: Facebook, YouTube, Twitter and Instagram.

The Consulate of Mexico has dedicated the month of September to cultural events that are all toward celebrating Fiesta Patrias, while also embracing Hispanic Heritage Month. Every month, the consulate hosts at least two or three cultural events that can be found on its website.

“Technology can help us continue social distancing, and to get together to continue our tradition and celebration, which is the most important celebration for (those living in Mexico) and abroad,” Ochoa Palomera said.

“I think (Mexican Independence Day) is a time to remember and it’s a time to keep that tradition going. It’s also a time to celebrate because a lot of other countries certainly aren’t in the same position as the United States and Mexico to be able to celebrate our freedoms and culture,” Vargas said.

Vargas’ guest appearance for the Consulate of Mexico’s celebration isn’t the first time the two have worked together.

When he worked as the vice president of adult education at Santiago Canyon College, he formed a partnership and a program with the Consulate of Mexico to help put together an adult education curriculum directed to help students to first become literate in their native language, before transitioning to learning the English language. Through the partnership, known as “Plaza Communitarias,” the consulate provided all the materials needed for the instructors and students.

Downtown Santa Ana has been celebrating Fiesta Patrias every year for over the past 40 years; however, in recent years after the city of Santa Ana took control over the event, the cultural atmosphere changed from a celebration of Mexican heritage to a commercialized parade that local activists have recognized as one of the first steps of gentrification.

Cultural events such as Cinco de Mayo have been eliminated because of short staffing and tight budgets, as reported by The Orange County Register. 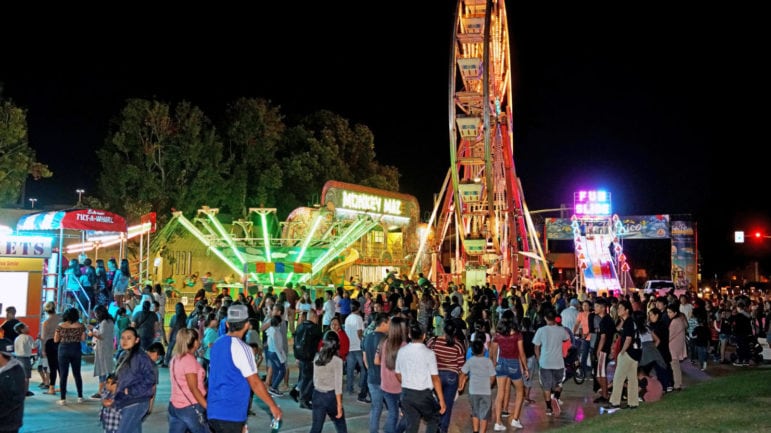 Photo courtesy of the City of Santa Ana

Mexican Independence Day celebrations in Santa Ana have been celebrated in previous years with an all-day street fair.

Hernandez said the last decade has seen drastic shifts in Santa Ana as cultural celebrations and practices have been eliminated, as well as over 100 small Latino-owned businesses being pushed out of Santa Ana with increased rent being a factor.

She said that events like these create a space for locals and their families to gather and celebrate together. They not only bring the Latino community together, but these celebrations also maintain cultural traditions as they unite people from all over Orange County and outside of it.

Although the city of Santa Ana’s Fiesta Patrias still includes some cultural elements, in order to make it better suited and adhere to its Latino population, Hernandez suggested it would help if Fiesta Patrias was organized by an event promoter who understands the Latino culture and is better equipped to continue to incorporate cultural traditions in the festival.

According to the Register, before the city took over the event, it was originally organized by a commercial promoter that was hired by merchants in the community.

“This is a community-based event,” Hernandez said. “Having an organization that understands the culture and the interests of Santa Ana would be helpful instead of trying to commercialize it.”

Hernandez said, it requires an organization that “understands it and understands the importance of these events, and how it’s for gathering and to practice traditions.”