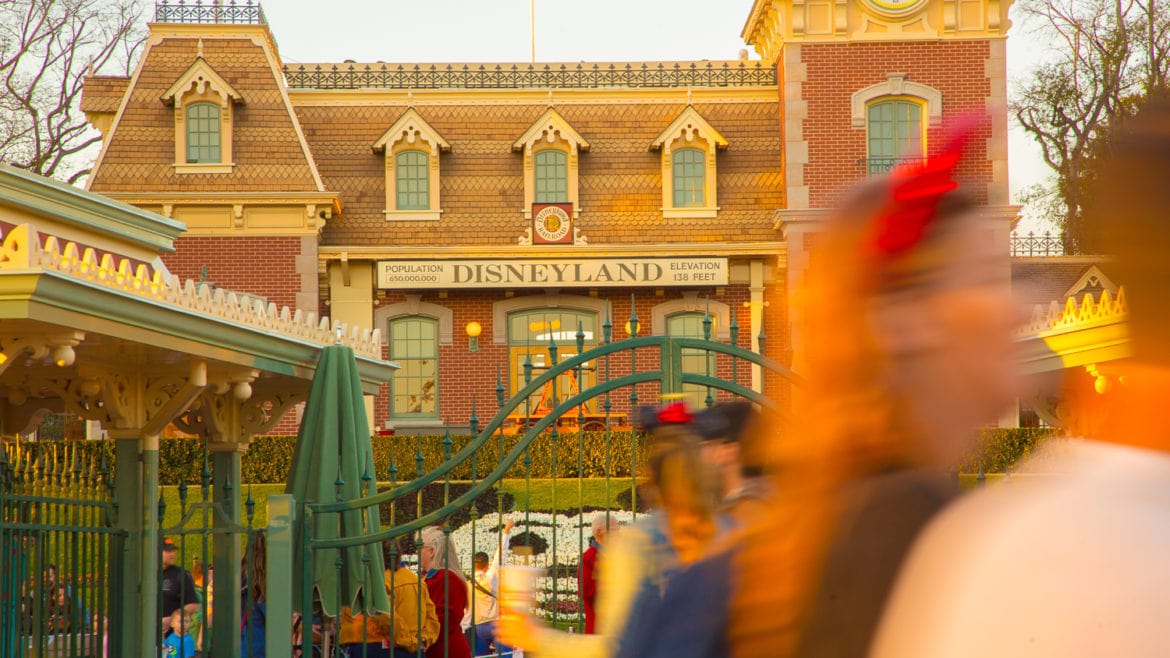 The entrance to the Disneyland park.

Anaheim Mayor Harry Sidhu invited Gov. Gavin Newsom to the city in an effort to get theme park reopening guidelines, as questions persist over the $6.5 million bailout of the resort advertising bureau, Visit Anaheim.

Sidhu said the deficit is because the Disneyland-resort area has been closed down since the pandemic began in March.

“The issue before us is not whether the Disneyland resort should be allowed to reopen. That decision is primarily in the hands of the governor and the Orange County Health Care Agency,” Sidhu said.

He said while numerous other industries have guidelines, theme parks still don’t have any statewide guidelines.

At a news conference a couple of weeks ago, Newsom said he was still speaking with public health officials about crafting theme park guidelines, but didn’t give an indication when the plans might be released.

“I think we can all agree that if there is one company on the planet we can expect to follow the quick guidelines, it’s Disney,” Sidhu said.

Yet the Daily Beast reported last week that Disney was keeping Downtown Disney coronavirus outbreaks a secret, and only telling the unions if their members got sick — not every worker group in the district, or all the employees.

Over this past week, Voice of OC has been receiving emails from Downtown Disney employees echoing similar concerns reported by the Daily Beast.

“I want to be clear, this is not reopening Disneyland for Disney’s sake … it’s for hundreds of small businesses, tens of thousands of jobs,” Sidhu said. “That is why I’m personally inviting Gov. Newsom, who I have praised since day one of this crisis, to come to Anaheim.”

Councilman Jose Moreno criticized the push to get Disneyland closer to reopening, especially since the council chambers remain closed and residents don’t have a way to give live public comment during their teleconference meetings.

“It seems that you provided a quite compelling argument to reopen the city of Anaheim, while you sit at home and refuse to meet with the City Council as a whole,” Moreno told Sidhu. “Can you help us understand what your thinking is?”

Sidhu responded, “All I can answer you is we are following the state guidelines, we are in compliance and that’s easily what we are doing. It doesn’t matter how we are conducting the meetings.”

Moreno shot back, “How do you push for the reopening of our city and chastise the governor to come to Anaheim and ironically he would have to meet with the council by telephone?”

Then Sidhu cut him off.

Council members have 10 minutes — two rounds of five minutes each per agenda item — to speak after Sidhu implemented the rule last year.

Councilwoman Denise Barnes asked what’s going on with the $6.5 million Visit Anaheim bailout, which Sidhu brought to the council shortly after the pandemic began. Visit Anaheim is normally funded through a self-imposed bed tax by the resort hotels.

The bailout originally came out of the convention center reserves, but the city later dipped into the $33 million in federal coronavirus relief money it got. The federal money is supposed to be used for spending tied directly to the virus.

“They’ve used it to do some basic marketing to keep things in place,” Deputy City Manager Greg Garcia said. “The lion’s share of the funding has been held to wait for the right time to do a full-blown marketing plan, which was always part of the proposal.”

Moreno, using his second five-minute round, said the Visit Anaheim bailout was originally framed as urgent by city officials in March.

“I’m surprised to hear that, it was my understanding that it was urgent,” Moreno said. “So they can immediately put [the money] out there.”

Former City Manager Chris Zapata said the city shouldn’t give the full $6.5 million and institute a strict checklist on how to track that money at the March meeting, when Sidhu brought the contract to the council.

“And for that he lost his job,” Moreno said.

Meanwhile, Moreno asked Sidhu if he or city officials asked about reopening guidance for other industries besides Disneyland since the city has a convention center and two sports venues: Angel Stadium and Honda Center.

“You heard my message and if you go back to the [meeting] recording … you will get my message,” Sidhu said, referring to his earlier statement.

“Was the question to the governor to provide guidelines on the reopening of Disneyland, Angel Stadium, Honda Center — the convention center?”

Sidhu again cut him off before calling for a five-minute break. It’s one of the few times he’s called for a break since taking office in late 2018.