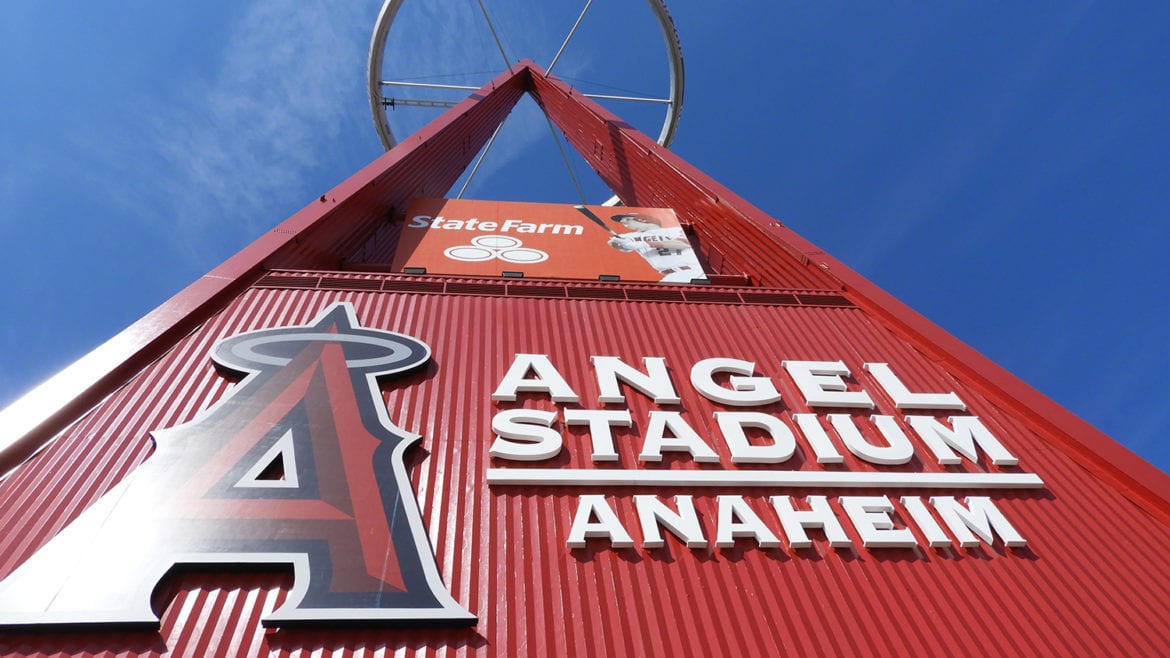 A host of experts, community leaders and elected officials came together for a two-hour live discussion about the Angel Stadium land sale sponsored by Voice of OC last week, with many criticizing the lack of transparency around the deal and the reduced price tag.

The LA Angels along with the Anaheim Chamber of Commerce and city council members and spokesman were all invited to join the panel.

None opted to publicly defend the stadium deal.

City Council members are expected to begin finalizing the deal at their Tuesday meeting, when a series of development agreements are up for a vote.

Only two current council members – on the dissenting side of stadium votes – participated in the debate last Thursday. Two members of the state legislature, State Assemblyman Tom Daley and State Senator Tom Umberg, opted to join in along with former Mayor Tom Tait.

Public debates on the stadium have been rare in recent years and the city’s negotiations have been conducted entirely in secret.

“The public has a right to be involved. The city has argued that they can have those discussions in closed sessions. They can’t. They can not decide whether to sell or whether to lease in private. That decision has to be made public,” said Open Government Attorney Kelly Aviles.

Aviles represents a group of Anaheim residents suing the city for allegedly failing to follow state transparency law when the stadium sale was negotiated. The lawsuit is looking to overturn the land sale vote and have Anaheim City Councilmembers redo the entire process in public.

The live discussion is part of an ongoing effort by Voice of OC to engage the public in key local government debates. The video has so far gathered over 3,000 views and is available on the Voice of OC Facebook page and On OC podcast page. 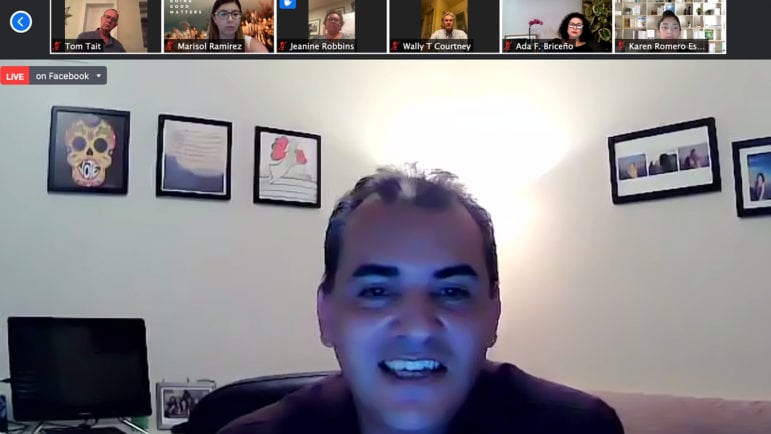 Anaheim City Councilmember Jose Moreno was among the 16 professionals on the call.

Some people said Anaheim isn’t getting its money’s worth by selling the roughly 150-acre land, along with the stadium, for $150 million.

“There is nothing about this deal that benefits the residents and that is what I’m hearing from residents over and over again,” said Anaheim resident and council candidate Jeanine Robbins.

And others, like former Mayor Tom Tait, criticized the roughly $170 million to subsidize 466 affordable housing units and a seven-acre park. The amount, called “community benefits credits” by city officials, was taken off the $320 million price tag.

The original price was $325 million for 153 acres, but the amount was secretly reduced by $5 million so the city can hold onto a couple acres for a fire station and water well.

“Everybody knows that just the land alone is worth more than $1 million an acre,” Tait said. “Everyone’s going to sober up pretty quickly when the city has to start cutting services.”

“Let’s talk about the fire station and the park. They both increase property value,” Glazer said. “Private developers — I know the Irvine company, FivePoint Communities, they build parks, they give land for schools because it increases the price of which they can sell their own residences.”

So the idea the park is a benefit to the city and not at all to the developers doesn’t sound right,” he said.

Neil deMause, a Brooklyn-based reporter who wrote the stadium financing book “Field of Schemes,” said he likely hasn’t seen a deal that automatically takes money off the price tag for housing and a park.

“I don’t know that I’ve heard of something quite like this,” deMause said.

deMause, who runs a website by the same name of his book, regularly tracks stadium deals and negotiations around the country.

He also said nobody has been recalled from office for not signing a stadium deal.

“There are a handful of people who are booted out of public office for approving stadium deals. There is not a single mayor who’s ever been voted out just because they turned down a deal. And I think that’s really remarkable,” deMause said.

He also runs a website of the same name that tracks stadium deals across the country.

Seniors from Ranch La Paz mobile home park are currently collecting signatures in an effort to recall Mayor Harry Sidhu for refusing to push for rent control when they were facing rent spikes last year.

The seniors are also pushing for the recall because of the stadium deal.

“The local city councils are just simply outgunned,” said Victor Matheson, an economist at the College of the Holy Cross in Massachusetts.

“A city council person has to know lots of things about lots of things, but their ability to go in-depth about the value of a sports property is limited,” he said. “The Angels, that’s literally their full-time job to figure out what the value of the Angels is.”

Anaheim City Councilman Jose Moreno said the jobs the stadium sale would provide will likely add to the poverty rate.

“In a city where we already have a great need for low income, extreme low-income housing, if we are going to add 25,000 jobs largely to retail, hotel, janitorial maintenance at the stadium, it seems we are going to add more working poverty to the city,” Moreno said.

Tait denounced the lack of transparency from the city council and encouraged the people of Anaheim to get involved.

“I think what people need to do is let those council members know that this is not acceptable,” Tait said. “That land, that stadium, the grove belong to the people of Anaheim.”

Voice of OC has gathered together 16 professionals for a live virtual discussion around the pending Angel Stadium sale including field experts, politicians and journalists. All current members of the Anaheim City Council and surrounding elected officials were invited to attend this meeting. Here is the list of those who accepted and are participating: https://bit.ly/3j06NqU

Caitlin Bartusick is the Voice of OC Deputy Digital Editor. You can reach her at [email protected]