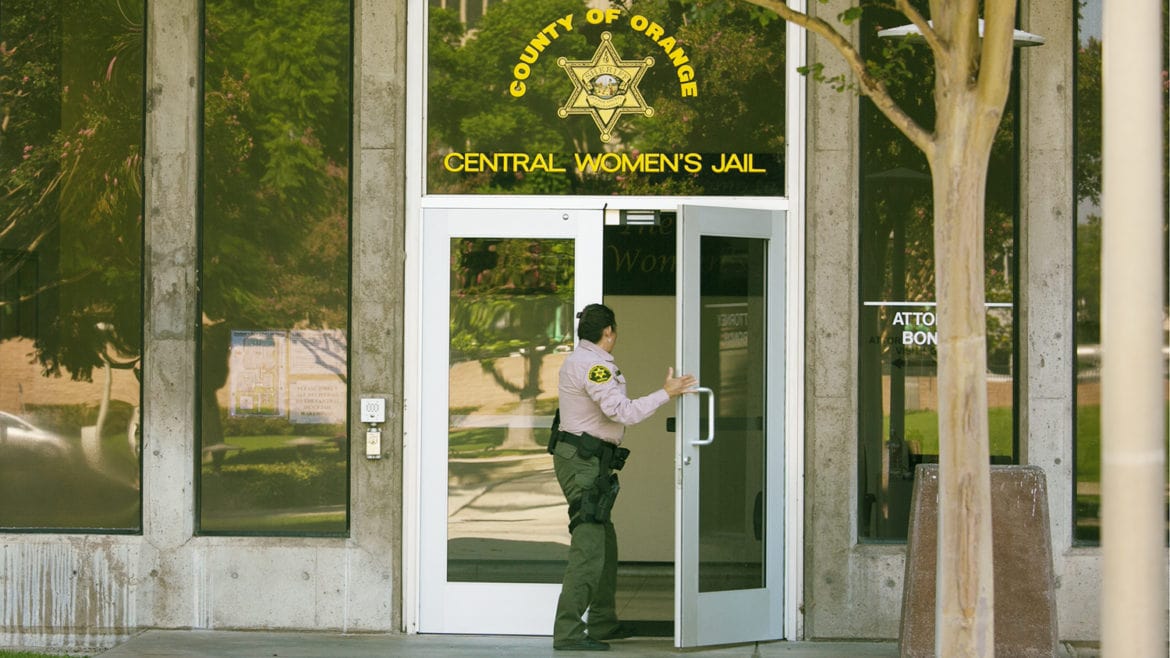 The Orange County Grand Jury is raising alarms about deaths of unborn children to pregnant inmates in county jail, including medical records allegedly showing a cooperative prisoner was improperly shackled while giving birth to a stillborn baby in a hospital.

In another case, the grand jury described an inmate giving birth to a dead baby on the way to the hospital after her mother pleaded, with no success, for two weeks for urgent medical attention and then faced over an hour and a half delay in being taken to the hospital by ambulance.

Grand jurors investigated ten of the infant deaths at OC Women’s Central Jail, including subpoenaing medical records and interviewing officials and inmates, before issuing a scathing report in late June.

When the document came to the Orange County Board of Supervisors for a response last week, the supervisors said nothing about it, while Sheriff Don Barnes described the report as riddled with errors.

“Care ranged from adequate prenatal care to handcuffing of an inmate during labor and delivery, to ignoring urgent requests for medical care. The grand jury also learned that some of these pregnancies ended in the death of the fetus,” grand jurors wrote in their report. An inmate giving birth was kept shackled by a sheriff’s deputy at a hospital despite doctors asking that they be removed because she was cooperative and immobilized by an epidural, grand jurors found. State law bans shackles during labor unless necessary for safety, and says the restraints must be removed if doctors determine that’s medically necessary, grand jurors wrote.

“In addition, the documentation reviewed of pregnancies and pregnancy care in the jails was found to be sparse, sometimes anecdotal, or wholly insufficient,” grand jurors added. “Even when it exists, established policy was not always adhered to resulting in inconsistent medical and custodial care delivered to pregnant inmates.”

“The lack of careful screening and appropriate medical treatment during incarceration, could contribute to pregnant inmates and their babies being at risk for life-long health problems.”

Among the findings county officials did agree with: The jail has had only one part-time obstetrician-gynecologist, who is at the facility two days per week. In one case grand jurors examined, that meant a weeks-long delay in being able to see the doctor, the panel found.

The grand jury’s findings now are prompting concern from activists, and pushback from the county supervisors and Sheriff Barnes, who says the report is riddled with errors.

“Unfortunately this report contains significant inaccuracies. Each of the inaccuracies were brought to the attention of the grand jury prior to publication, but almost all were ignored,” Barnes wrote in his official response to the report.

“Inaccurate reports by a grand jury have real consequence and undermine the trust between local government and the citizens we serve. It is imperative that the court provide jurors with oversight and guidance to ensure that reports issued are not only complete, but also factually correct.”

County supervisors said nothing when the report came to them last week for a response. After hearing from public commenters critical of how pregnant inmates were allegedly treated, the supervisors voted unanimously without discussion to approve their written response disputing many of the grand jury’s findings.

“The board and sheriff’s responses are filled with denial and deflection of the grand jury’s findings – possibly because it appears lawsuits are pending and vulnerable inmates are continuing to be victimized by the Sheriff’s Department,” said Pat Davis, an Anaheim resident and activist who submitted a written comment read aloud at the meeting.

“Even if you don’t consider the mothers that are incarcerated [to be] innocent, their unborn children are. Please, help us to protect the rights of these babies by providing proper maternal health care for women who are incarcerated,” said an Anaheim resident who gave her name as Lorie S.

In their written response, supervisors disagreed with several of the grand jury’s conclusions, saying the jurors were wrong or lacked information to support several of their findings.

Among the problems grand jurors found were medical records that were often missing information about vital signs and long delays in getting medical care.

In one case the grand jury examined, a woman the panel described as “Inmate B” asked multiple times through the jail’s messaging system “to be seen for urgent medical concerns she had. Three times she was unable to be seen by the OB/GYN over a course of two weeks.”

The inmate then went into early labor and “screamed and pleaded with staff for help,” but was given a Tylenol and told to lay down by jail staff, according to the grand jury.

Her contractions then increased and jail staff ultimately called for an ambulance to take her to the hospital, according to the panel.

“The first ambulance called was unable to accommodate Inmate B after 30 minutes of waiting. The reason for this was unclear,” the grand jury wrote.

“An hour after the first request, a second ambulance was summoned, and Inmate B was transported to the hospital, less than a three-mile drive,” the report states.

But it was too late, the grand jury found. The inmate delivered her baby – who died – while en route to the hospital.

“The grand jury learned that [jail medical staff are] trained to provide appropriate care when a pregnant inmate is in labor, including prompt transport to a hospital. Inmate B was clearly in active labor and should have been afforded this right. Given the fact that Inmate B was a high risk pregnancy due to her pre-existing medical conditions, [jail] staff should not have hesitated to seek emergency transportation to the hospital,” grand jurors wrote.

They also called on the county to make obstetricians more available to inmates.

“With only one part-time OB/GYN accessible to pregnant inmates in the jail, the grand jury recommends that OB/GYN coverage be increased in the women’s jail,” the panel wrote.

In response, county officials agreed that there’s one part-time OB/GYN at the jail but didn’t give any indication if they believe that’s adequate or not.

“Correctional Health Services contracts with one OB/GYN doctor to provide services at the Central Jail Complex two days a week, plus contracts with a hospital-based OB/GYN physician for offsite services,” county officials wrote.

The grand jury also found a double standard in the jail when it came to patients’ rights advocates.

“Patients’ rights advocates are available for both male and female inmates equally,” the response states, without saying whether that equal access was put in place before or after the grand jury’s investigation.

Advocates said they would continue to press for improvements in the way pregnant inmates are treated.

“These women deserve to be treated with dignity and respect,” an activist who gave her name as Emily P., said in comments at last week’s supervisors’ meeting.

“Pregnancy is a particularly challenging time. My heart goes out to those women who found, or find, themselves pregnant and incarcerated, especially at the Central Women’s Jail,” said Davis, the Anaheim resident.

“We all must do better and expect more of all who say they are there to protect and serve.”