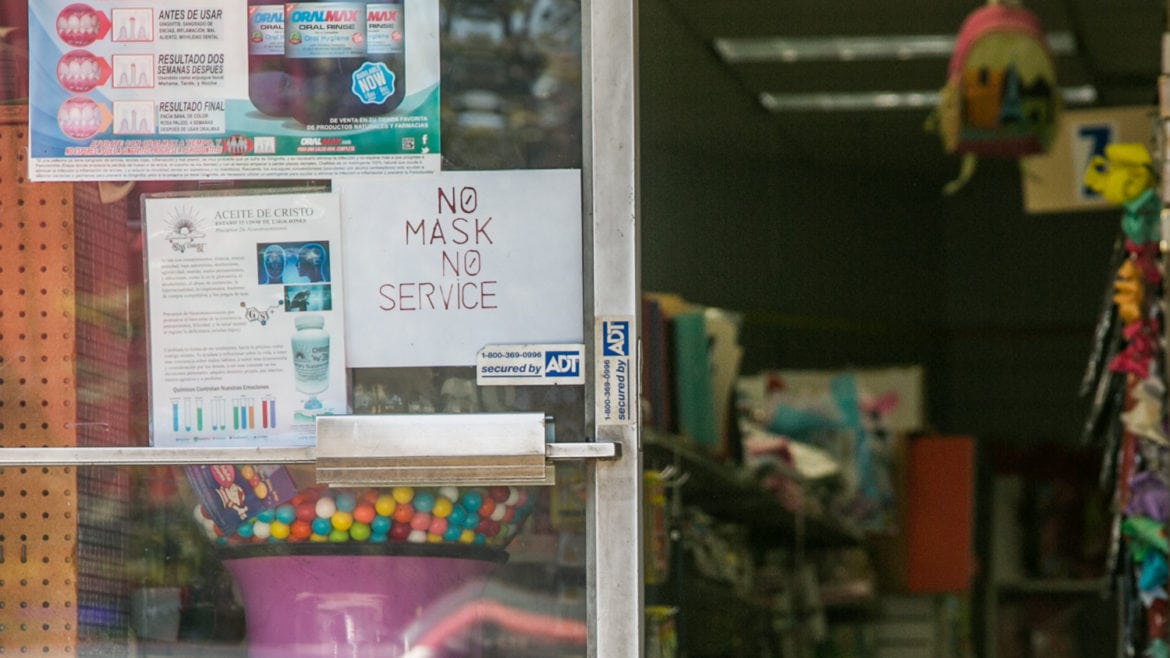 Orange County might be picking another fight with Gov. Gavin Newsom over the state’s coronavirus restrictions after Supervisor Don Wagner hinted that county officials might not enforce the guidelines.

“This board, back in May, unanimously approved our business reopening — our business opening guidelines,” Wagner said at Tuesday’s public supervisors meeting.

On Monday, San Diego Supervisor Jim Desmond said he’s going to push San Diego to not enforce any of the coronavirus guidelines, including masks. He said the guidelines shift too much and are too difficult to follow for struggling business owners.

Wagner said OC is pretty much there.

“I want to make sure our public knows that we essentially got there in May. Do what is in the guidelines and what the industry recommends in respect to protecting yourselves, your employees and your customers,” he said.

“The state rules are still going to apply. There’s nothing we can do about those. Nevertheless those guidelines are there.”

The reopening guidelines adopted earlier in the year don’t specifically address the use of masks. Instead, the guidelines offer seven bullet points of general advice to businesses, like “have a plan in place” if a large number of workers get infected.

Instead of offering specifics, the guidelines point to a slew of documents from the California Department of Public Health, which spell out masks for workers and customers in nearly all businesses.

After receiving threats over the mask order, Quick abruptly resigned in early June.

Virus infections eventually soared after the mask mandate was repealed until another Gov. order closed down larger venues back in July. Deaths continue to steadily increase from those spikes.

Various labor unions tried to get the mask mandate reinstated by having some news conferences. Their first one outside of the Supervisors’ meeting chambers was drowned out by counter-demonstrators who opposed masks.

Numerous public health experts and epidemiologists interviewed by Voice of OC have attributed the drop in new cases to the masks and from limited activity in bars, restaurants, indoor malls and movie theaters.

Since the pandemic began in March, the virus has killed 1,105 OC residents, including 12 new deaths reported Tuesday, out of 51,124 confirmed cases, according to the county Health Care Agency.

UC Irvine epidemiologist Andrew Noymer predicted there will be 2,000 virus deaths by the end of the year.

As of Tuesday, 201 people were hospitalized, including 67 in intensive care units.

Nearly 750,000 tests have been conducted throughout OC, which is home to roughly 3.2 million people.

Meanwhile, state officials are expected to hand down new metrics to measure counties’ progress on the virus, which will also determine how much more they can reopen.

But state public health officials haven’t said much about the measures, outside of targeting testing to hard-hit, low-income neighborhoods.

Supervisor Lisa Bartlett, who’s president of the California State Association of Counties, said some counties are confused by the back and forth on guidelines and the old watchlist confusion.

“We’re kind of at the breaking point in all the counties,” Bartlett said at Tuesday’s meeting.

She said the association is currently speaking with state public health officials over what the health equity metrics will be.

“We are still in active conversations,” Ghaly said at a Tuesday news conference. “I think there’s been a lot of really rich conversation with a lot of stakeholders so when we do come out with that equity measure, it’s one that overall promotes our vision of health equity”

As counties move higher on the tier list and are able to reopen businesses, Ghaly said officials need to make sure “we don’t leave our communities behind. That’s the purpose of the health equity measures.”