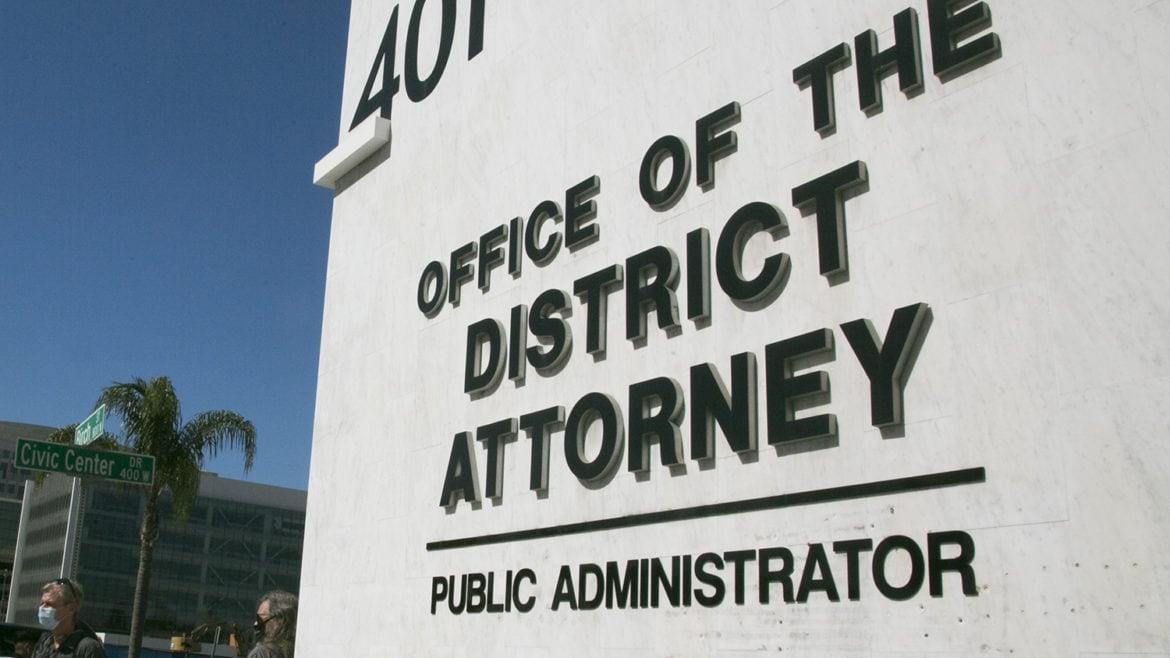 For years, Orange County has had a backlog of evidence from alleged sexual assaults, collected from victims yet not tested to identify the possible attacker.

District Attorney officials estimate the backlog was as many as 1,500 evidence kits, as of earlier this year.

Under a new laboratory contract signed earlier this year, 102 of the kits have been processed and another 373 are being worked on, according to prosecutors.

And this week, District Attorney Todd Spitzer’s office got approval from the Orange County Board of Supervisors to expand the contract by another year to continue processing the 1,500 backlogged kits.

County supervisors and Spitzer didn’t comment on the item when it came up for approval at the board’s regular meeting Tuesday, which Spitzer attended.

The rape kits are being processed by a private vendor, Virginia-based Bode Cellmark Forensics, under contract with the DA’s Office. It’s funded mainly by a nearly $2 million grant prosecutors obtained from the California Department of Justice, which also funds efforts by the Orange County Crime Lab to clear the backlog.

That has led to at least one prosecution so far, according to the DA’s Office.

Last November, county crime lab scientists working on untested kits were able to find the perpetrator of a 1993 sexual assault where a man impersonated a police officer, according Kimberly Edds, the spokeswoman for the DA’s office. That case is scheduled to go to trial on Oct. 21, she said.

So far, the testing of backlogged kits has led to 102 DNA matches with people in existing law enforcement DNA databases, Edds said, though a match alone doesn’t necessarily lead to a prosecution.

The extra help came after Spitzer, who was then a county supervisor, said the county shouldn’t tolerate rape kit backlogs and pressed then-Sheriff Sandra Hutchens with questions about it.

Hutchens said the national recommendation is for rape kits to be processed within 30 days, and that the Sheriff’s Department crime lab was taking 30 to 45 days. At Spitzer’s request, she said it would take another two forensic scientists to get the processing time down to a maximum of 30 days

Supervisors agreed to add the two additional scientists to the Sheriff’s Department budget starting in July 2017, at a total of $200,000 a year.

Two years later, in mid-2019, Orange County still had a backlog of 1,598 sexual assault evidence kits, about 80% of which were at least several years old, according to a state audit released this summer.

The agency with the largest number of untested kits, by far, was the Santa Ana Police Department, with 540. That’s more than twice as many as the 266 untested kits at the police department for Anaheim, which is the largest city in the county by population.

Bode’s lab can process 100 kits per month, and is expected to finish going through the backlog by the end of September 2021, Edds said.