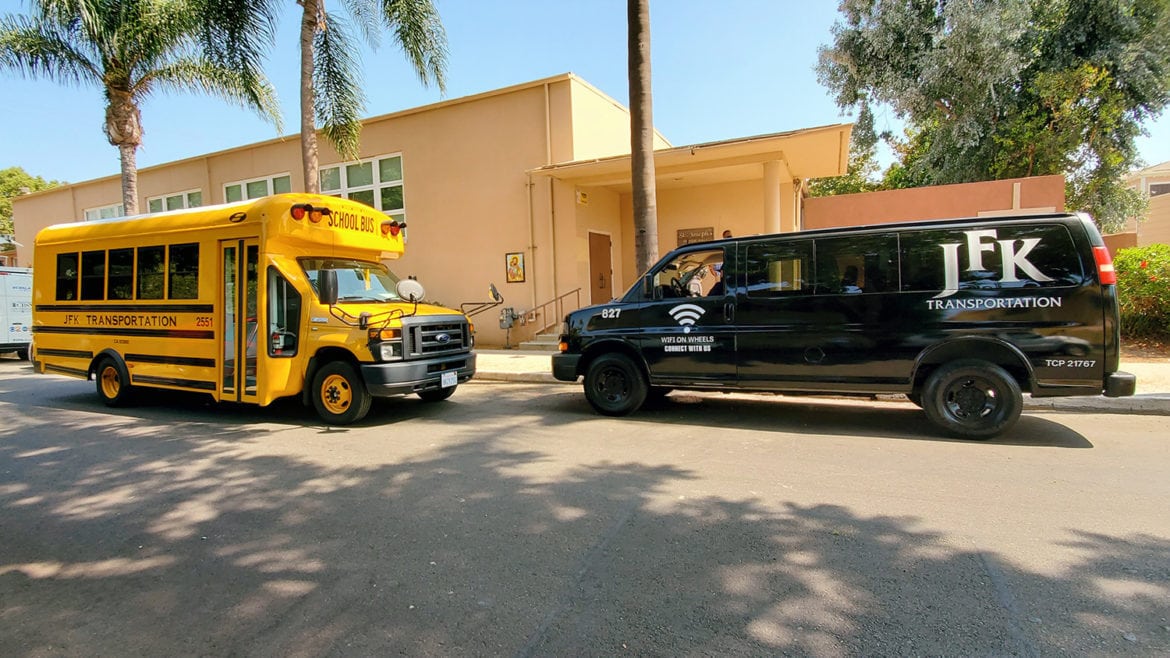 The Coronavirus pandemic has had a great impact on districts since thousands of teachers and students were thrown into virtual classrooms with little to no time to prepare after the pandemic hit Orange County back in March.

The transition favored students with access to technology, health care and whose parents could work from home and exposed a gap between the “have” and “have nots”, Anaheim Union High School District Superintendent Michael Matsuda wrote in an Op-ed for EdSource.

“COVID-19 has really exposed all these gaps that were pre-existing, but now the gaps are even bigger because we’re in a recession,” Matsuda said in an interview with the Voice of OC.

For many in the county access to the internet was the biggest challenge to the online transition. For others it wasn’t even a concern.

Orange County schools districts have been aided by over $350 million from the state to help get the resources needed for online learning. Santa Ana, Anaheim and Garden Grove received the most funding, coming to a combined total of $154 million between their five districts that cover K-12.

Matsuda said the district has 6,000 hotspots out and 7,000 chromebooks which they’ve spent approximately $4.5 million on.

He added that the state has not done a good job of equalizing the playing field for the internet.

“The Internet should be free. Broadband should be free like the radio is. Everybody should have equal access to that,” Matsuda said. “Where do we prioritize our resources? That’s an ongoing challenge in America. Certainly, it’s playing out in Orange County where you have huge demographic and socioeconomic disparities across the county and COVID-19 is making that really, really open.”

Matsuda said the purpose of schools needs to shift from prioritizing college readiness and standardized tests to better preparing students for jobs, careers and the future. He said young people have been burdened with college debt, few opportunities for internships and stuck with mostly short term jobs without benefits even before the pandemic.

Internet access is the number one thing the Santa Ana Unified School District is trying to provide to students and their families, Fermin Leal, the district’s Chief Communication Officer, told the Voice of OC in an interview.

The district has distributed 14,000 hotspots and has another 4,000 at the ready paid for in part CARES act funding and the district. Chromebooks and Ipads also have been distributed to every student or about 45,000, he said.

“The Chromebooks we’ve had for a while, so we didn’t just buy them all at once,” Leal said. “We did spend about $5 million for the hotspots, and those were all purchased all at once, as a result of the pandemic.”

“They’re going to have about up to 150 vehicles that are going to go out through the different communities where we’ve identified that connection is the hardest or is the most spotty,” Leal said. “The Internet is spotty in Santa Ana in general, because it’s such a dense community so a lot of people are on the Internet at once.”

Many parents are essential workers unable to work and are more at risk of contracting the virus, Leal said. Both Anaheim and Santa Ana have been hit hardest by the pandemic.

“Beyond the socioeconomic challenges, you’re seeing families also struggling with health issues or are struggling with issues like they don’t want to lose their jobs. They have to kind of go to work and often put themselves at greater risks than other communities.”

Other than connectivity, virtual learning comes with other issues like nearsightedness caused by more screen time. Dr. Valerie Lam of Insight Vision Center Optometry in Costa Mesa said that the pandemic is exacerbating nearsightedness which was already on the rise for years. The center offers various treatments for it that depend on eye measurements.

“There is definitely going to be an effect on nearsightedness from COVID just by what we’re using our eyes for during this time,” Lam said. “There are numerous studies showing that outdoor time can delay or help prevent myopia in kids. We recommend two to three hours a day of outdoor time.”

Alison Dover, associate professor of secondary education at Cal State Fullerton, said that overuse and misuse of technology can widen the equity gap in education.

Dover was part of a free webinar hosted by the California Alliance of Researchers for Equity in Education discussing a research brief she co wrote with the group on the effectiveness of online learning as well as inequalities and injustice in online education. Despite their concerns they don’t recommend rushing to reopen schools.

“There’s lots of research that tells us that heavy use of technology is associated with a number of different other problems like lower literacy development, lower math development, mental health problems,” said Kevin Kumashiro, former dean of the School of Education at the  University of San Francisco and panelist at the webinar

“I think in the best case scenario, schooling will be something that is locally designed and locally delivered in ways that prepare students for the day to day realities of their current world and their world in the future. I think in the worst case scenario, it will become something that’s increasingly standardized, and far less reflective of the children sitting in the classroom,” Dover said.