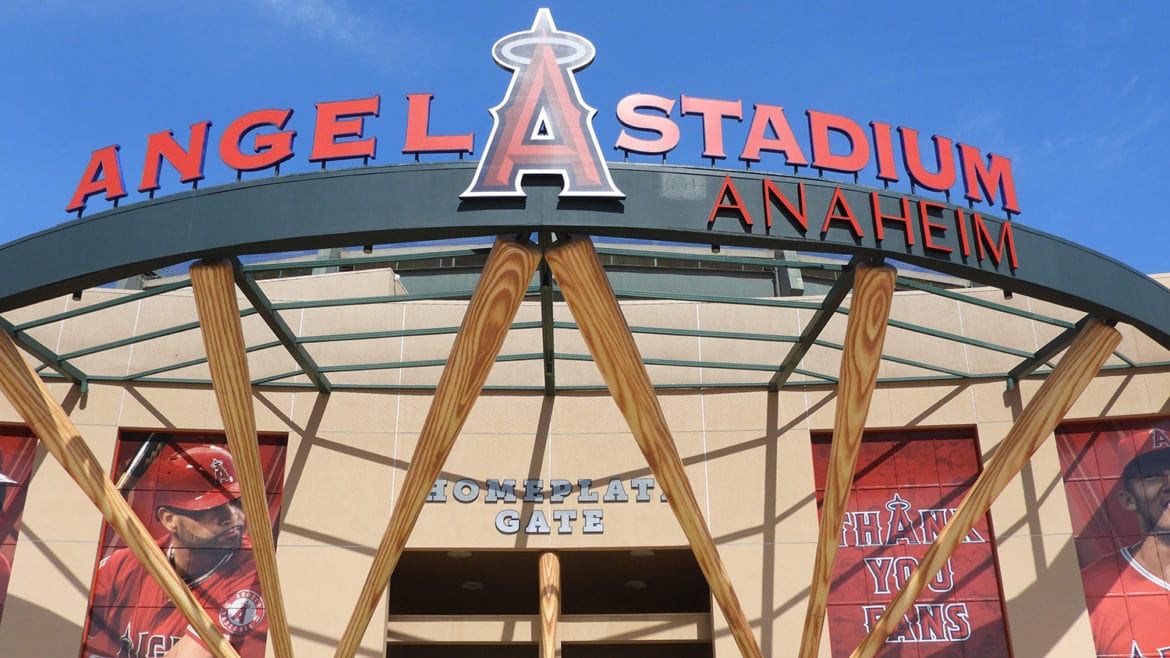 All you needed to know about how stacked the so-called stadium negotiations are between the City of Anaheim and the LA Angels surfaced on Tuesday night during a virtual town hall when City Spokesman Mike Lyster answered my question about what happens if city council members somehow reject the current stadium development proposal?

Lyster told the public, maybe not getting his Freudian slip, that if an agreement didn’t go through that city staff and team negotiators would essentially put another deal in front of city council members.

His answer, to my reading, implies this is a deal local taxpayers literally can’t say no to.

Of course, Lyster was just talking off the top of his head but it’s an important indicator of mindsets.

An important reason why meetings – along with question and answer sessions – need to be live for democracies to function effectively.

Officials need to be engaged in realtime.

City Attorney Rob Favela correctly answered my question by noting – in a seemingly discernible wink as to say, wake up people of Anaheim – that if the current city council doesn’t approve the proposed stadium neighborhood development plan, the Angels’ lease would remain in place until 2029.

So basically, taxpayers have a basic advantage against the Angels in any negotiation.

Nine years to be exact.

Why then would taxpayers cut a hurried deal, choc full of question marks about future commitments from team owners in the first inning of that negotiation?

For some strange reason, time and time again, Anaheim Mayor Harry Sidhu and his city council majority has yielded tactical advantages to the Angels ownership and their bid to redevelop the core of Anaheim around the stadium.

Let’s not forget this all began as a discussion about a new stadium lease back when the Angels tore up their lease in a pr stunt to tilt the November 2018 elections – which it did – to Sidhu.

Once Sidhu got elected, the lease was immediately reinstated and the entire conversation suddenly turned into a bid to redevelop the 153 acres around the stadium.

That question, that transformation of a lease negotiation into a land deal, is at the heart of an ongoing lawsuit against the City of Anaheim by local residents who are asking hard questions – this time in front of a local judge.

Indeed, I was shocked that this week’s virtual town hall presentation remained entirely silent on Angels stadium – the supposed reason all these negotiations began in the first place.

What does that have to do with baseball?

Why is it necessary for the Anaheim taxpayers – who don’t even get their name on the team that wants to partner with them to redevelop the city’s core – to sell all this land to a baseball team owner?

What do they get out of it?

Built and managed by the team.

Note that despite being central to support for this deal on the city council dais, Councilman Steven Faessel who has asked on behalf of his district for a grocery store, couldn’t get a straight forward commitment in public when the plan was unveiled on Tuesday night.

And that’s before he votes on granting the team 153 acres of land.

In short, this deal is totally full of unanswered questions about what kind of hotels, shops, housing and open space will ultimately be created for the residents of Anaheim in the Platinum Triangle as city officials like to call it.

The price tag also keeps going down for taxpayers. What started at a bargain $325 million, went down to $320 million before even being announced. After that, the park and the housing brought the price down to about $150 million. When project labor agreements are negotiated,  how much you want to bet that the city will end up owing the Angels money?

I would imagine then, the solution pitched will be to just offer the land to the Angels for free.

Given that there are so many holes in the proposed plan, I would question what exactly planning commissioners are supposed to consider tonight in terms of local impacts?