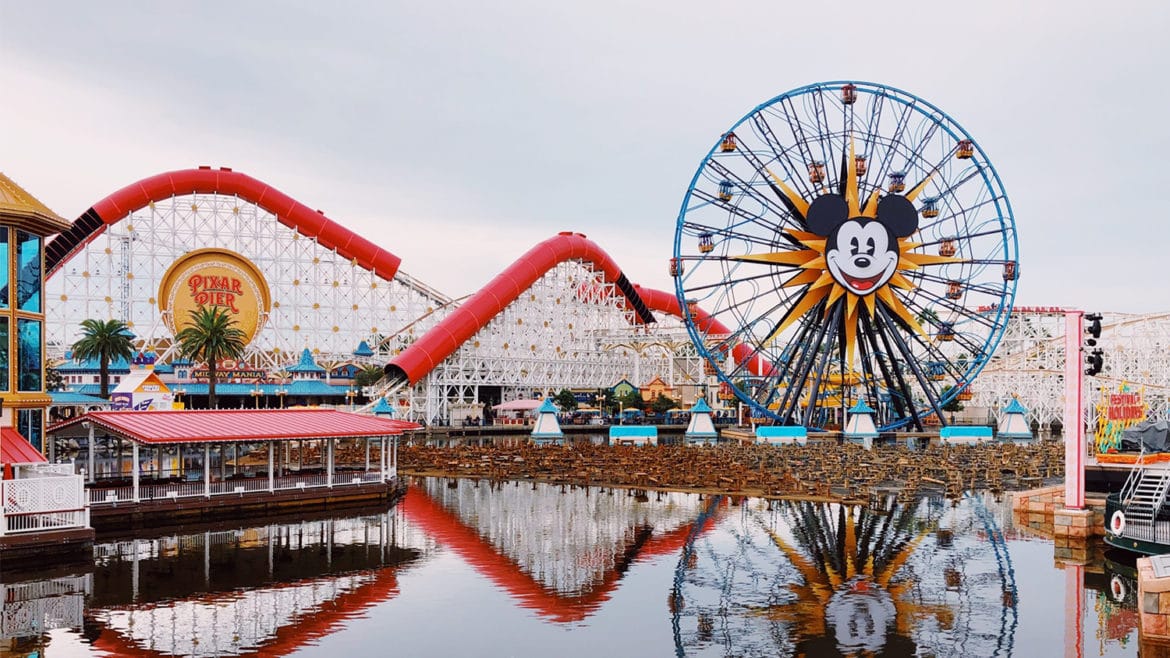 Gov. Gavin Newsom said officials will roll out theme park reopening guidelines sometime soon as Disneyland and some nearby city officials are pushing to reopen its gates during the coronavirus pandemic and questions about safety persist.

“We will make announcements soon as it relates to theme parks and amusement parks,” Newsom said at a Wednesday news conference.

But he didn’t say when those guidelines will come.

“We are actively working in a number of sectors,” Newsom said. “We will be making public the fruits of those negotiations very very shortly.”

But the move comes after claims of a Downtown Disney virus outbreak of nearly a dozen people in the gardening team, reported by the Daily Beast last week.

Voice of OC has been receiving some emails echoing similar concerns since the story broke.

“Disney is NOT handling the Coronavirus threat properly!” wrote one employee anonymously out of fear of retaliation.

“They are NOT able to contain the spread amongst their FEW returned employees now – to fully reopen to tens of thousands of people (like they wish to) will be an unnecessary & deadly disaster!” the employee said.

But Ernesto Medrano, head of the Disneyland Craft Maintenance Council, said he’s not sure what outbreak the employees are talking about.

“I’ve got to tell you that’s news to me,” Medrano said in a Wednesday phone interview. “When you look at that article, nothing but innuendo and hearsay and  rumors.”

“I will  tell you that Disney is reporting to me, to UFCW, they are reporting positive cases both of our members and other unions’ members,” Zinder said in a Wednesday phone interview.

“It does not at this point, fortunately, seem to be a huge number,” Zinder said, adding she knows of about five cases so far and doesn’t know anything about the gardening team.

“We follow reporting standards and protocols that have been established by the CDC, the State of California and county health care authorities and any suggestion to the contrary is not true,” Jaeger said in a Wednesday phone interview.

Ada Briceño, head of Unite Here Local 11, said many of their members are already struggling with the virus, even though they’re not working.

“They’re not working right now, they were home. But they live in cramped conditions, under normal circumstances, it’s very difficult. They have two or three jobs to make ends meet,” Briceño said in a Wednesday phone interview.

Briceño said some members have been dying from the virus already and she’s worried about the impact it could have if Disneyland reopens.

“About a month ago, we had about six losses from the resort area workers. It was just devastating, I didn’t want to open my Facebook anymore,” she said. “So very devastating. We had a husband and wife that passed on a few days from each other in the same week.”

Medrano said he’s been in constant communication with Disney to address various safety concerns that have popped up.

“I think we can all agree that if there is one company on the planet we can expect to follow the quick guidelines, it’s Disney,” Sidhu said.

“I’ve also reached out to the City of Anaheim, warning about the unsafe conditions at Disney & was essentially told to be quiet & get back to work,” they wrote.

“In fact, the very NEXT DAY after my warning, they publicly posted about the reopening of Downtown Disney & encouraged everyone to go visit & reiterated just how much tax revenue the shopping district produces. They clearly have their own agenda concerning this situation.”

Sidhu, at a Wednesday news conference, also reiterated his push to get state officials to allow Disneyland to reopen, according to the OC Register.

“The time to issue reopening guidelines for theme parks is now,” Sidhu said. “We are confident in their ability to reopen safely and responsibly in Anaheim and the time is right.”

“Our position with Disney has been that it should be open when it’s safe. So we have upcoming talks with the company to try to resolve all our questions about safety conditions. They should open, but when it’s safe,” Briceño said.

The case spikes pushed hospitalizations past 700 at one point in July.

Deaths, which continue to steadily climb, started increasing around that time also.

Disneyland and any other theme parks weren’t open during that time. Convention centers and fans in sports arenas were — and still are — shut down.

The virus has now killed 1,111 OC residents, including six new deaths reported Wednesday, out of 51,259 confirmed cases, according to the county Health Care Agency.

UC Irvine epidemiologist Andrew Noymer predicted there will be 2,000 virus deaths by the end of the year.

Hospitalizations have been holding steady for a few weeks, with 202 people hospitalized, including 67 in intensive care units.

Nearly 756,000 tests have been conducted throughout OC, which is home to roughly 3.2 million people.

Meanwhile, Florida local health officials said there’s been no virus outbreak linked to Disneyworld or any other theme parks.

Yet virus outbreaks tend to take a couple weeks to map out and Newsweek reported last week that the same health officials said it was too early to tell if an outbreak could be linked to Disneyworld or Universal Studios in Florida.

Labor Day weekend was the first time the parks hit the 50-percent capacity limit since they were allowed to reopen.

Briceño said life’s been tough for Unite Here’s members even before the pandemic.

“We’ve been sounding the bells for hospitality workers that need help under normal circumstances and now look where we’re at. Not only they’re the first hit, but it will take them the longest to recoup if they make it out of the pandemic — if they even make it.”

“At this point in time, we’re just sort of in a holding pattern.”