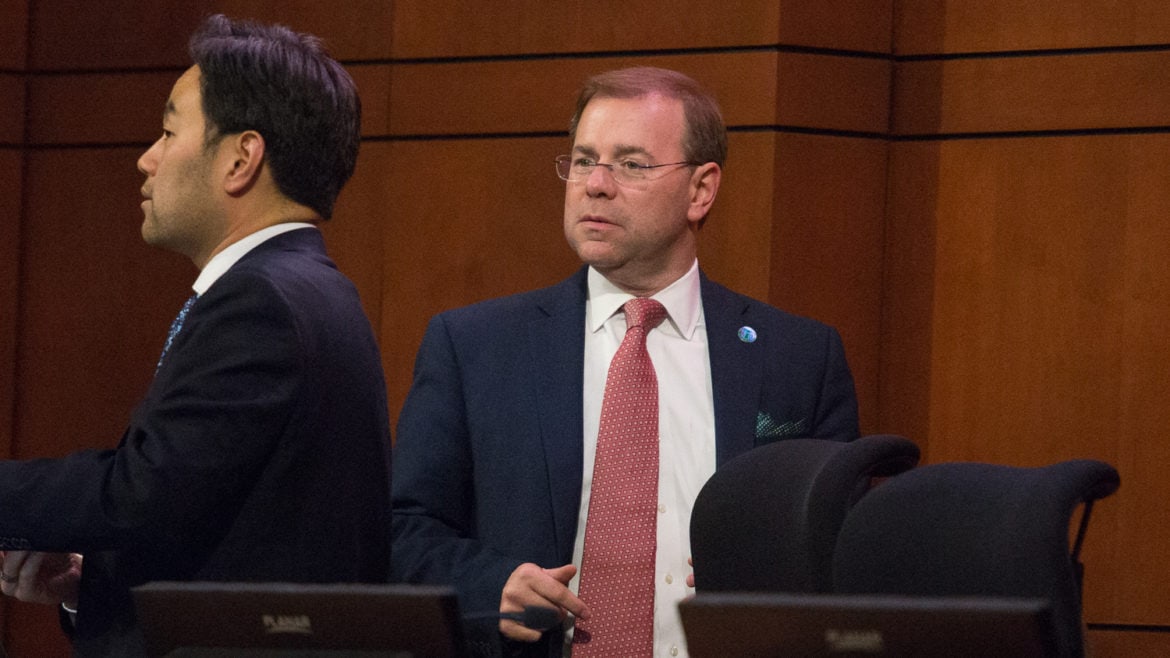 High ranking officials at Irvine City Hall knew about Councilman Mike Carroll’s use of spending $70,000 in taxpayer funds to distribute mailers to voters in violation of city policy months before it became public knowledge.

City staff released the first round of public records about the issue on Oct. 23 after previously saying they wouldn’t be available until just days ahead of the election. However, some of the records are still under seal, with city attorney Jeff Melching citing attorney-client privilege exemptions and stating the public interest served by withholding the records outweighs the public benefit of releasing them.

Carroll’s spending was first thrust into the spotlight in September, when Councilwoman Melissa Fox filed a complaint with the state’s lead campaign finance watchdog alleging that Carroll spent the funds in violation of city policies.

The mailers do not expressly endorse Carroll’s candidacy, but prominently featured his name and an invitation to virtual town halls discussing the city’s response to the COVID-19 pandemic, voting and general check ins.

The events were not made known to the general public, and it is still unknown where Carroll secured the list of addresses provided to city staff for the mailers.

The highest placed city official who knew about the mailers was Assistant City Manager Michelle Grettenberg. With the recent departure of City Manager John Russo in September, she was promoted to assistant city manager, placing her as the second in command of all city staff.

“Michelle Grettenberg stopped by the mail center to notify me that Vice Mayor Mike Carroll would like to send out a Community Town Hall mailing by this week,” said lead mail coordinator Victor Morales in an email to city clerk Molly Perry.  “I explained to her the whole process we do here in the mail center for these kind of mailings. She said she would get back to me once she gets more information.”

In later emails, Grettenberg also asked Morales to share the letters for duplication, and Carroll also reached out directly to Morales to add an “Or current resident” label on the address list so that anyone who received the letter would be able to open it.

Interim City Manager Marianna Marysheva was also CC’d on several emails discussing the mailers, but did not respond to any of the messages according to the records released by the city.

Grettenberg did not return requests for comment from Voice of OC on Friday afternoon.

The letters were also coordinated by Melissa Haley, the city’s public information officer, who has not returned multiple calls and emails from Voice of OC asking to discuss the mailer over the past two months.

According to the records, Haley helped organize the graphics and dissemination of the mailers as early as December of 2019.

“Vice Mayor (Carroll) needs a graphic built for him for Informed Delivery,” Haley said in an email to one city staff member in July. “It will need to say: Join Vice Mayor, Mike Carroll in an upcoming Town Hall! This virtual meeting will take place via Zoom and will discuss important topics related to the City of Irvine. I need a comp ASAP for him. Can you work on something and send to me in the AM?”

Haley did not respond to requests for comment on her role in preparing the mailers on Friday afternoon.

Carroll has not denied that the money was spent, but called the complaint a “political hatchet job,” in a statement in September, saying he launched the letters as an effort to connect with Irvine residents during the pandemic and that he let go of his staff to fund them.

However, newly-released public records show that Carroll misled the public with his earlier statements that he paid for the mailers by firing his staff at the start of the pandemic: Steve Morton, Carroll’s executive assistant, was one of the primary people in the emails coordinating the mailers until July 2020, at which point his name drops out of the records without explanation.

Carroll also had Morton draw up a sign in sheet at all the events that would have residents put down their email.

“Steve, please write a form letter to the attendees of the town hall from last week,” Carroll said in an email to Morton in Sept. 2019. “ We will send it via snail mail to the extent we can match in an address, and also send it by email. In that regard, please add home address to the sign in sheet for the event.”

Two days later, Morton sent a copy of the mailer to the printing staff.

“Please print 3,100 color copies. I’ve emailed Mailing the mailing list in advance so, if it’s possible, please bring them the copies when they are ready,” Morton said.

In addition to the mailers sent out from city hall on his behalf, Carroll has attracted more financial support than any other candidate in the race, with tens of thousands of dollars spent on his campaign by groups primarily funded by the Irvine Company, and to a lesser extent FivePoint Holdings, the city’s two major developers.

Carroll has not returned phone calls from Voice of OC reporters since that statement, including for this story.

Despite dozens of calls for transparency from the public at city council meetings, no member of the city council has discussed the mailers from the dais in the two months since they became public knowledge.

The $70,000 was not mentioned once by staff during the council’s budget review last Tuesday, and no members of the council brought it up despite well over a dozen public commenters asking about the funds.

After that meeting, Mayor Christina Shea announced she would be rescinding her endorsement of Carroll’s campaign over his use of mailers in a statement sent to reporters on Wednesday, saying he should personally repay the funds used.

“Staff support the council, that is their job, and if he was doing initially one mailer, I expect staff would support him,” Shea said in a call with Voice of OC. “If it went beyond that I would have to ask why staff would continually help him when they knew he was going over budget.”