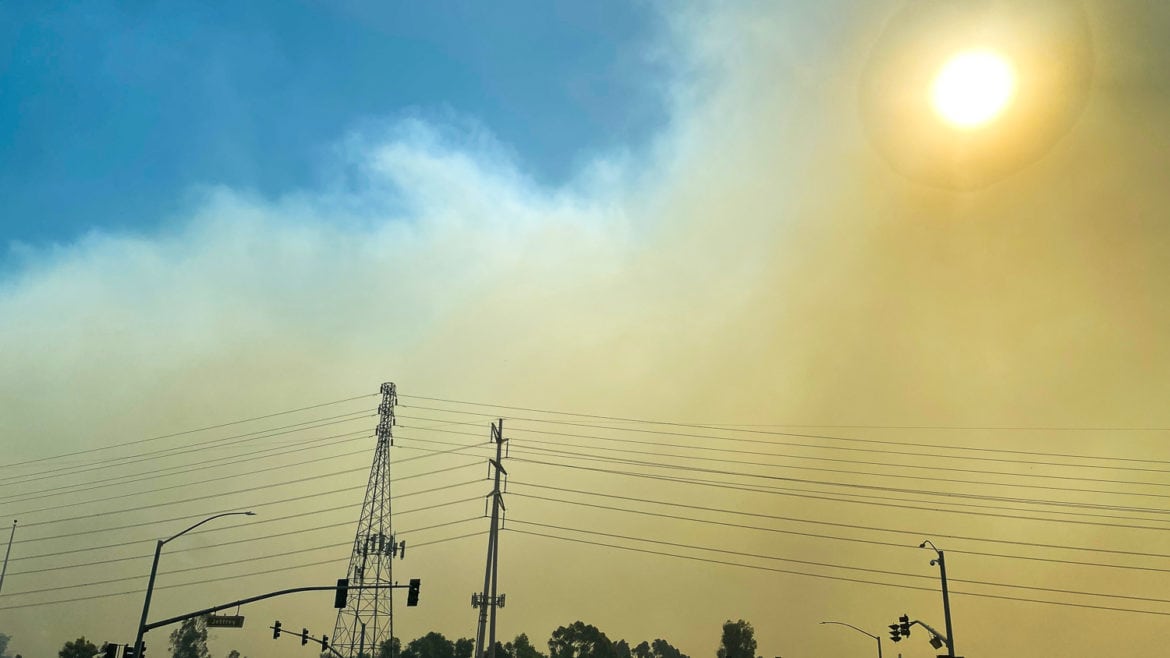 Over 90,000 Irvine residents were evacuated today after a fire broke out near the Silverado Canyon this morning, with more expected as the county looks at necessary evacuation plans.

Over 500 firefighters are currently in the field according to Irvine Police Sgt. Karie Davies and OCFA.

Currently, two firefighters ages 26 and 31 have suffered critical injuries fighting the Silverado Fire, and are currently at the hospital being treated for second and third degree burns.

At approximately 12:15 pm this afternoon two OCFA Handcrew members were critically injured fighting the #SilveradoFire. Aged 26 and 31, both are covered in second and third degree burns and are currently intibated. Please keep them in your thoughts and prayers. pic.twitter.com/xkWZMKP4SV

At this evening’s press conference, Fennessy thanked all those who reached out to the department for the two firefighters, and said it was still unknown what caused the accident.

For anyone who is medically compromised or in need of assistance evacuating in, call the Irvine Emergency Operations Center 949-529-4774.

The main Orange County Emergency Operations hotline can be reached at 714-628-7085.

“The two injured firefighters, I know them personally,” Fennessy said. “They’re gravely injured…we are giving them all the support we can.”

“We are doing all we can and agin we ask that everyone keep them in their thoughts and prayers.”

Firefighters are currently facing 20-30 mph “erratic” winds that can go as high as 60-70 mph according to a tweet from the OC Fire Authority.

If the map below does not load, click here to view.

The Irvine Police Dept. issued a mandatory evacuation order at 9:06 this morning for all homes north of Irvine Blvd., between Bake Parkway and Jamboree Road.

At 1:45 p.m., Davies said that the evacuation would be expanded south of Irvine Blvd, and shortly after 5:00 ordered a mandatory evacuation for all residences between Great Park Blvd. and Bake Parkway.

Portions of north Lake Forest have also been placed under mandatory evacuations, and can be viewed here. City officials are recommending El Toro High School as an evacuation center.

Orange County Sheriff’s Department officials have issued mandatory evacuations for homes in Yorba Linda north of the 91 freeway, and CalFire is reporting that over 200 acres have already burned in the new fire.

No evacuation centers have been announced yet in Yorba Linda or Anaheim, but officials are working on establishing them according to the Orange County Public Information hotline at 714-628-7085.

“The fire has progressed in the area of Sand Canyon and Irvine Blvd,” Davies said in a text to Voice of OC. “The new evacuation area is from Irvine Blvd. South to Trabuco Road, and from Jeffrey Road east to Portola High School.”

OCFA Public Information Officer Capt. Greg Barta confirmed the evacuation orders were still in place, and contingency plans for further evacuations were ready in the event the fire continued to spread at 1:00 p.m.

Eleven schools north of Irvine Blvd. in the Tustin and Irvine Unified School Districts have been evacuated.

Irvine City Councilwoman Melissa Fox, who was forced to evacuate her neighborhood, said that an Emergency Operations Center is already up and running at Irvine City Hall this morning.

While reports of smoke have come in from all over the city, Fox said that there were no other confirmed fires in the city.

“What’s really remarkable is that we evacuated 60,000 people in such a short amount of time,” Fox said in a phone call with Voice of OC Monday afternoon. “We had an evacuation plan in place and according to our chief of police that’s what made it all possible.”

Currently, the only structure burned is a trailer at the All American Asphalt plant according to Fox.

At this time, there have been no discussions on the chemicals in the plant or whether other buildings there are on fire, according to Davies.

Mayor Christina Shea said she asks all residents to keep their windows closed due to the poor air quality, and keep an eye out for updates from emergency response directors.

“I just want to say our number one focus is to protect our residents, ensure their safety, their animals safety, and I want to encourage all other residents affected by the smoke to close their windows,” Shea said. 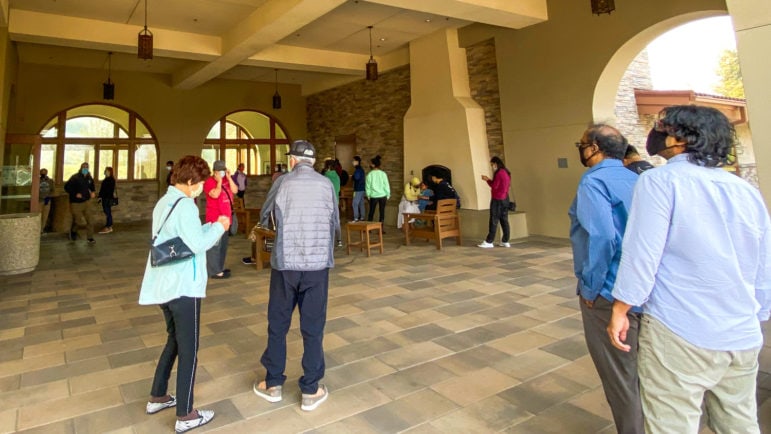 The shelters are implementing special measures due to COVID 19 according to Barta, including mandatory face masks, social distancing and temperature checks.

The @IrvinePolice has issued an IMMEDIATE EVACUATION ORDER (mandatory) for all communities north of Irvine Blvd. between Jamboree and Bake Pwky. More information at https://t.co/eoUQKkirut

Road closures for #SilveradoFire:
•Portolla from 241 to Jamboree
•241 from the 133 to Santiago
•Santiago Canyon Rd from Cooks to the 241 pic.twitter.com/s7Gg1wjAvO

Lesley Tan, an Irvine resident, said she could smell smoke when she woke up this morning, and that by the time she left her house at 8:30 it was difficult to breathe inside.

Aircraft were grounded due to the high winds this morning, but Fennessy said this evening that they were planning on sending several aircraft into the air overnight, but they would have to keep monitoring the situation.

“We’re not out of this yet,” Fennessy said.

UC Irvine also announced that all nonessential staff should return home at 11:00, but has not institute a mandatory evacuation for the 7,000 students living on campus. 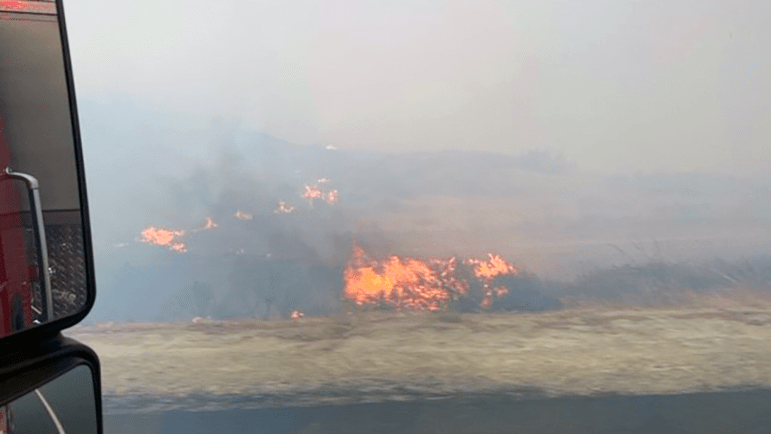 Per the Orange County Fire Authority: Mandatory evacuations for Orchard Hills on Irvine Blvd: From Bake to Jamboree. Ground and Air support are currently battling the flames. The 241 is closed from Santiago to the 133. Structures are threatened. #SilveradoFire