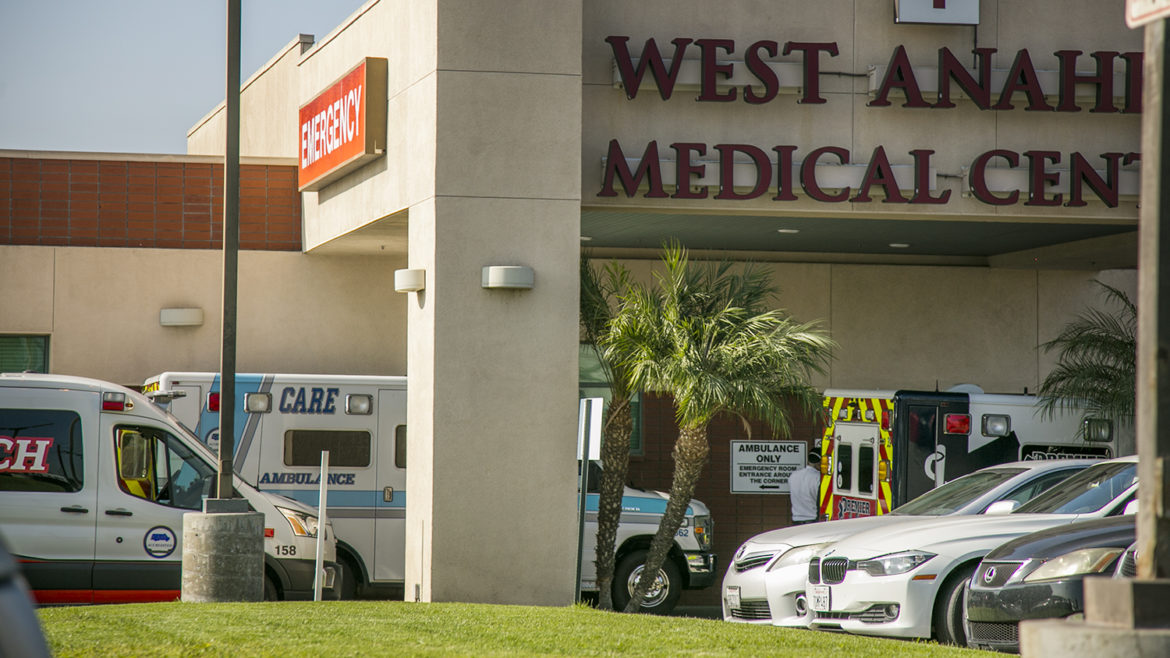 Public health experts are increasingly worried the coronavirus case spikes are going to strain hospitals, while also exhausting medical staff, as hospitalizations continue to rise ahead of Thanksgiving.

“Parts of the country are already completely inundated with patients in ICUs and hospitals. They’re beyond the capacity to handle the number of patients. I think the fear is that we’re kind of heading toward that direction in Orange County and California, as well,” said UC Irvine epidemiologist Sanghyuk Shin.

Shin, who’s also director of the university’s infectious disease science initiative, said if the trends over the past couple weeks continue, then OC could end up looking like North and South Dakota, where the hospitals are quickly being overloaded with virus patients.

“If nothing is done, then we are likely to get to a place where people who get sick are not going to be able to be taken care of because our hospitals are beyond capacity,” he said.

“Orange County capacity and bed availability remains stable, however, it’s important to note that this is just a snapshot in time. Hospitals continue to face some of the same challenges as the summer peak but have anticipated and planned for the current COVID increases,” Adam Blackstone, spokesman for the Southern California Hospital Association’s Orange County chapter, wrote in a Wednesday email.

“While we’re all fortunate that the beginning of the influenza season has shown to be more mild than past years, it remains critical that social distancing, mask adherence and frequent hand hygiene is practiced in the community to maintain adequate resources for all patients, not just those that are COVID positive,” he said.

“The new cases are high now. It’s not good. So, weeks from now, we’re still going to see these cases and hospitalizations climbing — maybe even faster. And at the same time we don’t have any extra interventions to put in place (masks, physical distancing, etc.), so we have to rely on people’s behavior,” Parker said in a Thursday phone interview.

He said, at that point, that’s when more people die.

“That’s highly related to the hospitals being stressed and running out of necessary beds and that’s when you see people having to make difficult decisions. To make these triage decisions: Who to put on the bed, who to pull off. That’s when things get really bad,” Parker said.

Over the past week, the daily new cases reported the agency has averaged over 500 new virus cases a day.

As an example, Parker said, an infected person has an average of five contacts with different people and contact tracers will have to contact each of those people.

That works out to 2,500 to 3,000 different people contact tracers would have to call to warn them to either take a test or quarantine.

“Contact tracing efforts work better when the cases are low,” Parker said. “It’s more like you got little fires popping up you need to put out real fast. When you have a full fledged forest fire going, then that’s no good — it’ like trying to use a water hose on a forest fire”

Dr. Paul Yost, an anesthesiologist at St. Joseph’s Hospital in Orange, said the new spikes in cases is starting to slowly show up in the hospital.

“It’s impacting us slowly. We’re not quite at the levels we were at our peak, but we’re not at our levels we’re at a month ago either. We’re not at the point where we’re stressing our resources, yet,” he said.

Yost, a former president of both the Orange County Medical Association and the California Society of Anesthesiologists, said hospitals can create new intensive care unit beds, but staffing and equipment is a “finite resource.”

He said staff from other parts of the hospital can’t simply be moved into ICUs and expected to take care of virus patients, especially when some need to be sedated and intubated with a ventilator.

“Critical care nursing, it requires a special skill set and you have to be specially trained to do it. They’re definitely a limited resource,” Yost said.

“When you are looking at the number of [beds] available, either ICU or the hospital, it is not just the bed itself. What we are experiencing now is staff fatigue. So we have a lot of nurses, you know it’s been five months now. They’re struggling with that. Some of them have been infected. And so the availability of nurses to make sure that the hospital functions is something [that’s] a big concern for us, at the state level,” Chau told OC Supervisors at their July 28 meeting.

At the time, 663 people were hospitalized for the virus, including 204 in intensive care units.

As of Thursday, 304 people were hospitalized, including 83 in intensive care units.

When November began, there were 183 people in hospitals, including 60 in ICUs.

“A lot of my colleagues and students are health care workers who are starting to get overburdened and the workload is very difficult to manage. I just don’t think that we have the capacity to handle the number of people who get ill if this trend continues,” Shin said.

As the first wave began hitting in late May, there were just over 200 people dead from the virus.

By the time the wave fully hit OC in mid-July, when over 700 people were hospitalized, there were 627 people dead from the virus.

Parker said, outside of Fourth of July weekend, there weren’t any major holidays during the first wave.

“What we didn’t have at that time was major holidays that are normal times for people to get together with big families and travel and that sort of stuff. So that’s what’s getting me worried … some people are not being vigilant and they want to go be around a lot of other people for Thanksgiving and the holidays,” he said.

As the second wave is hitting OC, the virus has killed 1,537 residents out of 67,167 confirmed cases, including nine new deaths reported Thursday, according to the county Health Care Agency.

The virus has already killed nearly three times as many people as the flu does on an average yearly basis.

“Now is not the time. Think about it — the numbers that we’re seeing, there could be some Halloween parties built into that, and we’re not even at Thanksgiving yet. It’s likely to get worse, almost certainly,” Parker said.

Shin said parties and dinners will never be without risk during the pandemic, especially right now.

“There’s so much spread that the risk is never going to be zero when you get together with people,” he said. “At a time when we’re getting this steep increase in the number of cases, that means the probability you’re gathering together with somebody in your group that is infected and is infectious is only increasing.”