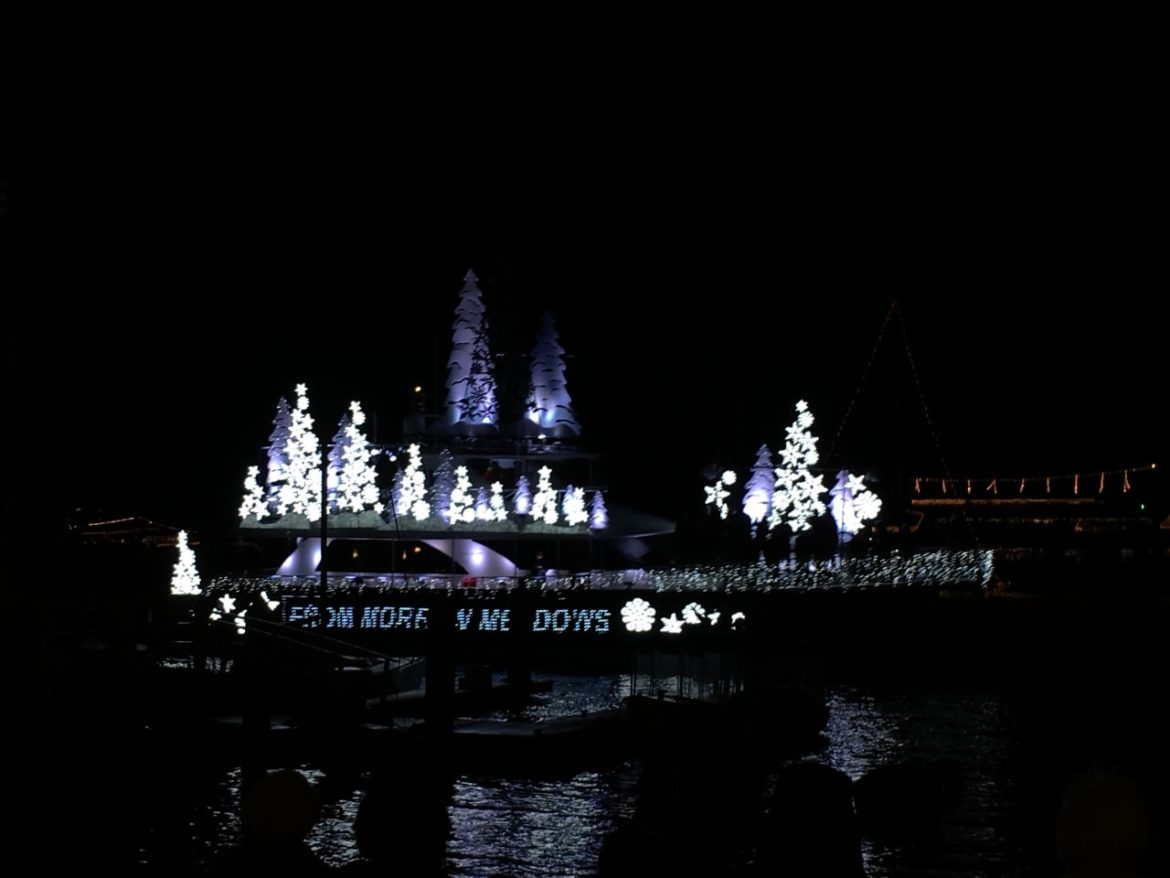 Some Newport Beach residents are taking their city’s annual boat parade into their own hands after their local chamber of commerce canceled the 112th annual Christmas Boat Parade amid concerns of rising COVID cases.

The official Newport Beach Boat Parade was originally set to start Dec. 16. Groups organizing to continue the parade this year hope to keep to the original schedule.

The parade began in 1907 when an Italian gondolier John Scarpa began taking visitors across the Newport Bay with a decorated gondola. The next year, the first parade consisted of nine decorated boats.

This is not the first time the parade has been canceled. During WW1 and an economic depression, the parade took a hiatus from 1915-1919.

Hearing the news that the parade was cancelled, “I felt like someone punched me in the gut. This is something we look forward to all year as a family,” said Newport Beach resident Jamie Kwast. Kwast plans to participate in the parade on Thursday night and watch the parade from the shore Sunday.

City Councilman Kevin Muldoon said he is supportive of efforts to bring back the boat parade and will ask city council to discuss at the next city council meeting – expected on Dec. 8.

“It’s been a very tough year for many of us.” said Councilmember Kevin Muldoon during the Nov. 24 council meeting. “Many are saddened to hear about the Christmas Boat Parade being cancelled. I have here over 250 emails of those who have said that they want the boat parade to continue. It’s a 112 year old tradition. It’s very important for many people, that memories of the event, and they look forward to it at the end of the year, it’s a light during a dark time. I’m going to ask staff to put on the place a future agenda to discuss a safe and responsible way to assist in the continuance of the boat parade this year.”

Local resident Mike Glenn’s Save Newport organization has been working with small businesses and Newport residents to organize the parade this year.

Glenn noted that Newport Beach has a very seasonal economy, “people come into summertime and then they’re gone. And so winter is really tough for a lot of our merchants, restaurants, particularly.” The annual boat parade has driven traffic to local restaurants and bars.

Save Newport is asking local businesses to donate prizes for the five categories of awards. Small businesses have answered the call for donations.

“We’ve got them pouring in from restaurants, from bars from boats. I mean, you name it, we’ve got marketing advertising, I got trophies donated. People are coming out from the woodwork because it’s their livelihood on the line. They have to make it through the winter time, and they’re putting up these prizes, because they believe in the event. They believe in the marketing, and they believe in the promotion of Newport Beach for this event,” said Glenn.

Glenn believes that there’s minimal risk of transmitting the virus on the water. Noting that research has shown that the outdoors is the safest place to be and that one can limit exposure by staying six feet apart.

“The boats, next to each other in the harbor are easily more than 6 feet apart, let alone the people on the boat. You know, if you have one person on a boat next to another person on the boat, even the boats are five feet apart, those people are probably not passing things back and forth to each other,” Glenn said.

“Now, there’s a concern about people on the ground,” said Glenn, “and I think everybody needs to react responsibly. If you have a great viewing spot and then all of a sudden you see a crowd forming around you, make a decision. You know, it isn’t worth the risk. And that’s a decision that people are able to make for themselves, depending on their own health and their own circumstances, if they have already had it, then they are immune, go home take shower and drop back to the races. And if they haven’t had it, or maybe they’re high risk…if you’re high risk, don’t come out, watch it watch it live streamed.”