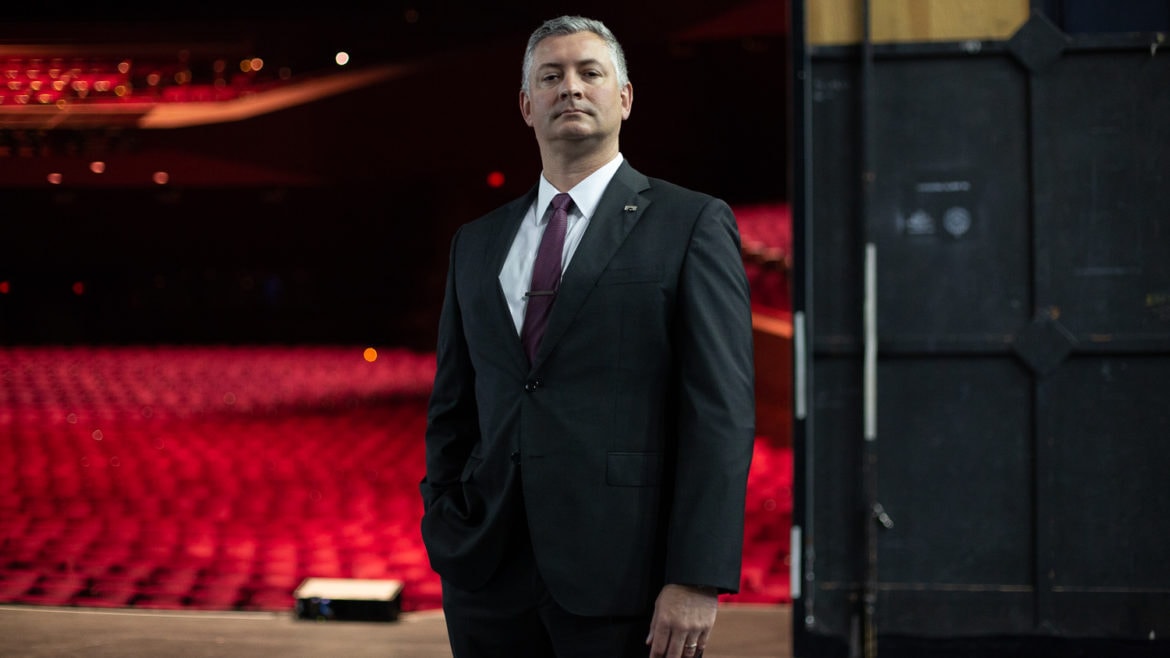 Casey Reitz, president of the Segerstrom Center for the Arts

Reitz took the helm at Costa Mesa’s Segerstrom Center for the Arts in December 2019. He was wooed from a prestigious position, executive director of Second Stage Theater in New York City.

It seemed like a good mid-career move for Reitz from a prominent theater to a regional performing arts center with impressive Broadway, dance and music seasons and an affiliation with American Ballet Theater, the nation’s most famous dance company.

Then COVID-19 came calling. And everything ground to a halt.

Since all public performances were canceled in March, the Segerstrom Center has been weathering massive headwinds. In June, it laid off 63% of its staff: 250 part-time and 77 full-time workers. Remaining staff saw their salaries reduced from 10%-25%. Dozens of major bookings for the Broadway, dance and classical music seasons were cancelled.

“I mean, candidly, it sucks,” Reitz said. “The virus attacks everything we do well. It’s a huge reason why the state doesn’t even really have any guidelines on coming back because they can’t get their head around (how to regulate social distancing at performances).”

But Reitz refuses to indulge in pessimism. “If you take that position and just deal with the morale kill and the depression of it, then you just won’t get out of bed in the morning.”

Although the virus hasn’t loosened its grip, Reitz says there are glimmers of hope on the horizon for his institution.

“We’re doing a lot of great things virtually with all of our education programs. We now have our dance schools open — just to a very limited capacity, but we’re allowed to do that.”

The performing arts complex is starting to get its old buzz back, Reitz said.

“Just seeing anybody in this building that isn’t an engineer or security guard is really exciting and encouraging. And I think we’re going to be able to start doing some stuff on the Plaza about the end of November, which is significant.  (It will) be very limited in terms of what we’re allowed to do. It will also be very limited in capacity, but, you know, just to do anything will be exciting.”

In his conversations with board members and longtime patrons, Reitz senses a huge pent-up demand for any form of live public entertainment.

“You can see it all around the county. People are eager to come out. Nobody seems that afraid. I had a board member say, ‘Do you think people will show up?’ I was like, ‘Are you kidding? I think a lot of people will show up and we’ll probably have to cap (attendance).”

Another positive recent development is the series of live-streamed shows the Segerstrom Center has offered in the last couple of months. Tony nominee Christopher Jackson (“Hamilton”) presented an evening of songs in August, and Patti LuPone appeared last week as part of Women of Broadway, a livestream concert series that includes Laura Benanti on Nov. 14 and Vanessa Williams on Dec. 5.

The series is presented by regional performing arts centers around the country, which pay a fee to the show’s producer. The virtual event can be watched live or for a limited time after the concert; viewing privileges are limited to one ticket per household.

Reitz said the local response has been excellent so far.

“I don’t have the final numbers on Patti, but I know of the 17 (performing arts centers) that participated in the Chris Jackson show in August, we were the top seller of all the performing arts centers that did it. And that was about 500 households. So we don’t have a lot of context to say that that’s amazing or not amazing, but to be the top seller was certainly encouraging.” 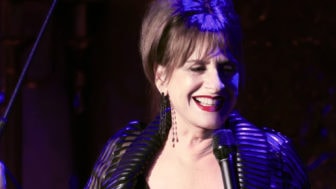 LuPone Delivers to an Empty House

LuPone’s Oct. 24 concert, produced by Dallas Sumer Musicals, was a stripped-down affair. Accompanied by pianist Joseph Falcon and performing in an empty New York studio adorned only by a vase of flowers, she presented a wide-ranging program of Golden Age Broadway standards, pop classics and humorous curiosities such as Cole Porter’s  “Don’t Monkey With Broadway.”

LuPone seemed fazed at times by the absence of an audience (what Broadway star wouldn’t be?), but she was game, and her voice was in fine form. She talked about attending one of her first Broadway shows, “Hair,” as a curious teen who had recently moved to the Big Apple. She treated viewers to one of that show’s prettiest songs, “Easy to Be Hard.” “This was before you had to mortgage your home to buy a ticket,” she cracked in her typical deadpan style.

LuPone’s hour-plus set touched upon some classics, such as “Something’s Coming” and “Somewhere” from “West Side Story,” “Sweet Charity’s” “Big Spender” and a Rodgers and Hammerstein standard, “I Cain’t Say No.” She also obliged fans with a taste of her signature role, delivering a pitch-perfect rendition of “Evita’s” “Don’t Cry for Me Argentina.”

Stephen Sondheim was also well represented by “Another Hundred People,” “Being Alive” and “Not While I’m Around.” And LuPone ended on an appropriately optimistic note for her encore, choosing “Life is Just a Bowl of Cherries.”

Reitz acknowledged that events like LuPone’s, while certainly enjoyable to fans, are no substitute for the real thing.

“Patti even alluded to this, you know — belting out something and then not having any kind of reaction or any kind of feedback is jarring.” Reitz noted that sports, like entertainment, struggle with reinventing an activity that’s best enjoyed live. “The ratings were down for the World Series, they’re down for the NFL. You think, ‘Why is that? People are home and they don’t have a lot of other things to go do that. The ratings should be boffo.’ I have to believe there’s something about the crowds not being there that’s turning people off.”

But Reitz countered that performers and audiences are getting more comfortable with the new performance format. “I think that’s one of the lessons being learned here. People are getting better and better at producing this sort of thing.

“And when you’re at home, it’s actually quite interesting because you know that you have this stream of comments and everything. So it does feel like you’re in an immersive environment surrounded by other people.”

Live-streamed events like LuPone’s concert make up only a tiny portion of the revenue lost by Segerstrom’s many cancellations. But they’re important in other ways, Reitz thinks.

“I can’t pretend like they’re big money makers; they’re just not. But you’re not losing money, and it’s a way to stay engaged with your audiences. And, you know, on top of that, you’re presenting some of the best cabaret singers around, and these are people that would have been on our stages anyway.”

As the quarantine drags on, Reitz and his team are busy thinking of other ways to create safe environments for live performance. Reitz said there are several plans in the works, but he wants to keep them under wraps for now.

Arts leaders are also appealing to Sacramento to consider new guidelines for live performance as the danger gradually passes. But it’s a slow and painstaking process.

“These are the things that keep me up at night,” Reitz said. “With no state guidelines, even the yellow tier (prohibits) live theater.”  In the state’s color-coded county tracking system for the virus, yellow (Tier 4) indicates “minimal” spread of the virus in the county.

“I’m hopeful that there’s some wake-up moment as we’ve seen with other industries (that would) let us bring in 25% of the audience or 50% of the audience. That won’t really work for touring Broadway shows, but (it would work) for a cabaret singer or jazz quartet, for a standup comedian, or even for a collaboration with ABT. If we could get 750 people into Segerstrom Hall to see a new ABT ballet, I would weep. I would weep with joy for something like that.”