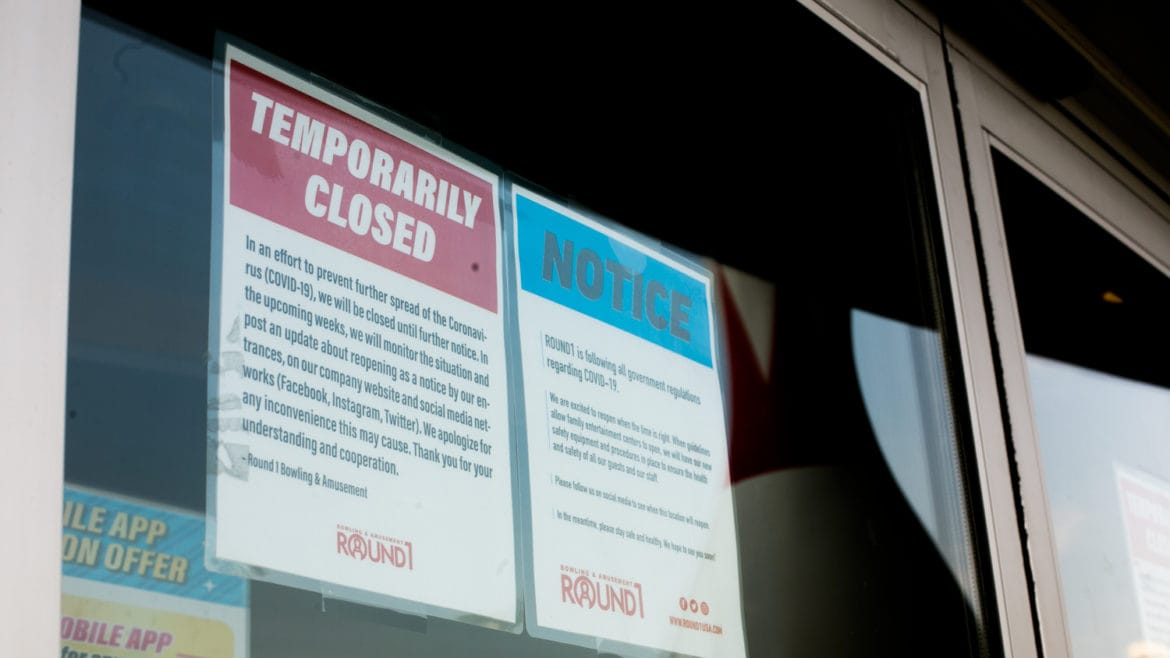 Orange County, along with Southern California, could soon be under another stay home order from Gov. Gavin Newsom because of skyrocketing coronavirus cases and hospitalizations.

“A potential for a stay at home order for those regions in Purple, because of hospitalizations and ICUs … we’re assessing this in real time in the next day or two,” Newsom said.

OC and all of Southern California counties are in the Purple Tier, the most restrictive tier, on the state’s reopening system because of rising case rates. That means no indoor operations restaurants, gyms, places of worship and movie theaters, while further limiting indoor operations at retailers.

State public health officials are ringing alarm bells, warning hospitals could be nearly maxed out with patients by Christmas time, unless additional measures are taken like more business restrictions and a stay-home order.

“We see that the second half of December could be pushing the limits in some areas,” said Dr. Ghaly, secretary of the state Health and Human Services Agency at the Monday news conference.

“I’ll remind you that the high case numbers that we’ve seen in the last week … have not even begun to impact the hospitals yet,” he said.

Newsom didn’t say when he’ll give details about any potential stay-home order.

“Those are being assessed in real time. I do not anticipate a week by week announcement on this space,” Newsom said in response to an Associated Press reporter’s question.

Later in the new conference, he again hinted at stay-home orders coming sometime this week.

“We’ll be seeing  a lot more of you all this week. This is a dynamic week … I can assure you that we will be coming out with some additional information, additional recommendations in the very very near future,” Newsom said in response to a Fox 11 reporter’s question.

If the potentially new order is similar to the shutdown order from March, nonessential businesses could close like specialty retailers, but curbside pickup could still be done like in March and April.

Orange County saw its coronavirus hospitalizations increase threefold in less than a month — a rate never before seen locally in the pandemic.

“It’s like we’re working our way backward to a new peak. And that’s not good. We want to keep going in the down direction and not in the up direction,” said UC Irvine epidemiologist and public health expert Andrew Noymer.

In the first summer wave, people were going to hospitals in slow, but steady, increases.

The slow build up led to over 700 people hospitalized in July.

As of Monday, 605 people were hospitalized, including 146 in intensive care units — an increase of just over 230% since November started.

Experts like Noymer fear a case and hospitalization spikes stemming from Thanksgiving.

“I’m worried about Thanksgiving. It won’t show up in the data until about a week after today. So watch out,” Noymer said in a Friday phone interview. “Absolutely brace for impact.”

State public health officials have said roughly 12 to 13% of all new cases ended up in hospitals.

Over the past week, Orange County has averaged over 1,000 new virus cases per day.

Dr. Charles Bailey, medical director for infection prevention at St. Joseph’s Hospital in Orange and Mission Hospital in Mission Viejo, said some of the new positive tests could reflect someone who has residual traces of the virus in their system.

“So a positive test doesn’t necessarily mean a new COVID acquisition and that’s something we’re wrestling with in the hospital. We’re trying to query people on their COVID testing history and COVID symptoms,” Bailey said in a phone interview last week.

“We acknowledge this could be a possibility of the residue of an earlier illness or asymptomatic illness,” he said. “That’s one of the wrinkles.”

Bailey also said the hospital system has learned how to handle large spikes from the summer wave and are more prepared to handle the situation this time around.

The rising daily influx of cases could be hampering contact tracing efforts, making it more difficult for local public health officials to determine where exactly outbreaks are happening.

“In a word, no —  not with the resources that the county has to bring to bear,” he said.

Hospitalizations across the state are at the highest level ever, with 7,787 as of Monday. The previous record was 7,170, according to state data.

Since the pandemic began in March, the virus has killed 1,577 residents out of 78,553 confirmed cases.

According to those same statistics, cancer kills over 4,600 people, heart disease kills over 2,800, more than 1,400 die from Alzheimer’s disease and strokes kill over 1,300 people.

Meanwhile, some of the business bailouts and tax relief programs Newsom mentioned Monday also seemed to hint at an incoming stay-home order soon.

He announced a three-month sales tax deferral for small businesses and a $1,000 tax credit per worker for employers for a total of up to $100,000 in tax credits.

“That sales tax is collected by the business members,” Newsom said. “You can hold that money, you can use that money to float any obligations you have. It’s a deferral and its auto for any biz that owe up to $1 million in sales tax.”

“Half a billion dollars of additional grant money — up to $25,000 cash grants. Not just for small businesses in this case, but also cultural institutions and nonprofits,” Newsom said.

He said it’s supposed to “be a bridge” until the state legislature reconvenes in January to examine more bailouts.

“We have a whole list of things we are actively engaged with leadership in the legislature on.”

Despite weeks of examining the issue, state public health officials still can’t say where the outbreaks are happening.

“Everybody wants us to identify the sector where spread is happening and the truth is when you have this level of community spread … the minute you walk in the door in any entity indoors the chance of encountering someone with COVID who can actually transmit it is higher than it’s ever been,” Ghaly said.

Although Ghaly said most of the spread is happening in crowded indoor settings, what experts like Noymer have warned against for months.

“And we know indoors is the scenario where COVID can transmit pretty easily, when you take down your masks,” Ghaly said. “All of those things we talked about for months are being amplified today because of the transmission.”