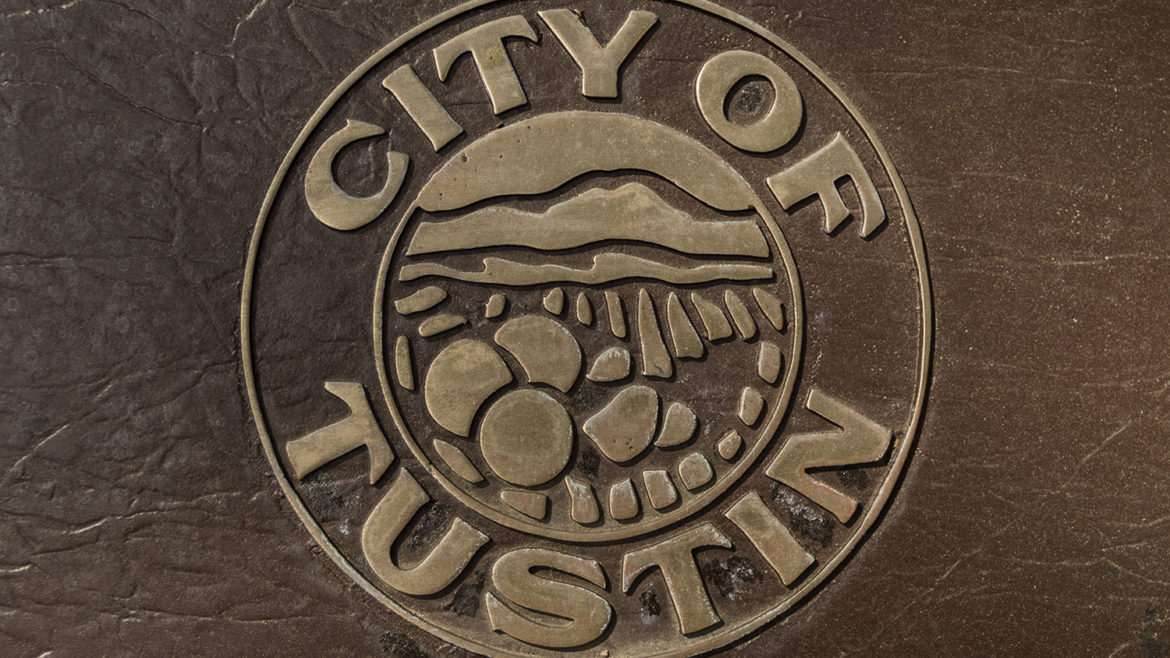 The city of Tustin seal.

An incumbent and eight challengers are vying for three open seats on the Tustin City Council on Election Day.

Candidates noted a significant issue the city needs to address is the local economy, about which Clark told Voice of OC that “although the city continues to have a balanced budget and over 15% of our budget in reserves… the city is expected to experience $4.7 million in lost revenue because of the economic downturn related to the coronavirus.” Many candidates also expressed the desire for more police presence within the community.

Clark, the current mayor pro tem, says she has guided residents and businesses through the COVID-19 pandemic, balanced the city budget without raising taxes, established city commissioner term limits, among other achievements listed on her campaign website. She says she strives to prevent homelessness, use vacant land for development and job creation, and to prioritize where Tustin’s energy is sourced.

Kurt Bensworth, a longtime Tustin resident and entrepreneur, has worked in accounting for over 18 years and served on various charitable organizations, including as the American Legion’s financial officer and prior board member for the Tustin Community Foundation. According to his candidate statement, his plan focuses on fiscal responsibility to increase revenue without burdening taxpayers, incentivizing new businesses, and supporting the police to protect the community.

Cristian Cusac is a businessman and a six-year resident of Tustin hoping to improve policing for both residents and officers and strategically plan undeveloped land use to benefit the city. “I would also love to help our residents re-engage in their community…  to make everyone who lives in Tustin feel like a Tustinite,” said Cusac in his candidate statement.

Lee Fink, a businessman and consumer advocate, aims to ensure public health and safety, help businesses recover and create local jobs, provide resources for first responders to protect neighborhoods, and reduce homeless, according to his campaign website. He volunteers as co-chair of the pro bono committee of the Orange County Bar, is a member of the Tustin Chamber of Commerce, and a graduate of the Tustin Citizens Police Academy.

Ryan Gallagher is a current city planning commissioner, business owner, and public works engineer, who, if elected, “demands the next City Council have the skills and experience to address our most pressing issues: public health, crime, housing, homeless, traffic––just to name a few,” according to his campaign website.

Rebecca “Beckie” Gomez, a former two-term Tustin council member and an Orange County Board of Education trustee, expresses the need to guide the city through the current health and economic crisis with her fiscally conservative policies. “Through effective problem-solving and evaluation of resources, we can achieve a sound budget with appropriate reserves and emergency funds,” said Gomez on her campaign website.

AJ Jha, a Tustin business owner and resident since 2010, serves as a city planning commissioner. Prior, he was a board member of the Tustin Chamber of Commerce and on the Tustin Police Department’s chief’s advisory board. He is “committed to advancing Tustin, providing the best services for its residents, emphasizing public safety, and continue to support businesses to establish Tustin as one of the leading cities in Orange County,” according to his campaign website.

Jaime “James” Perez is a real estate broker and an active member of the city’s chamber of commerce. “Being a husband and father, I know that the quality of life is extremely important as well [as] the safety of the community,” Perez said in his candidate statement. He promises to listen to the community to “enable an open and transparent governance.”

Fink outraised the other eight candidates. His campaign financial disclosure statement reported $71,457 in contributions between Jan. 1 and June 30. Clark reported the second-highest amount at $53,055.

Jha reported $19,198 in contributions, and Gomez trailed behind at $14,039, according to each’s campaign financial disclosure statements.

The other six candidates raised less than $10,000 each, with Bensworth reporting the lowest amount at $450 in contributions.