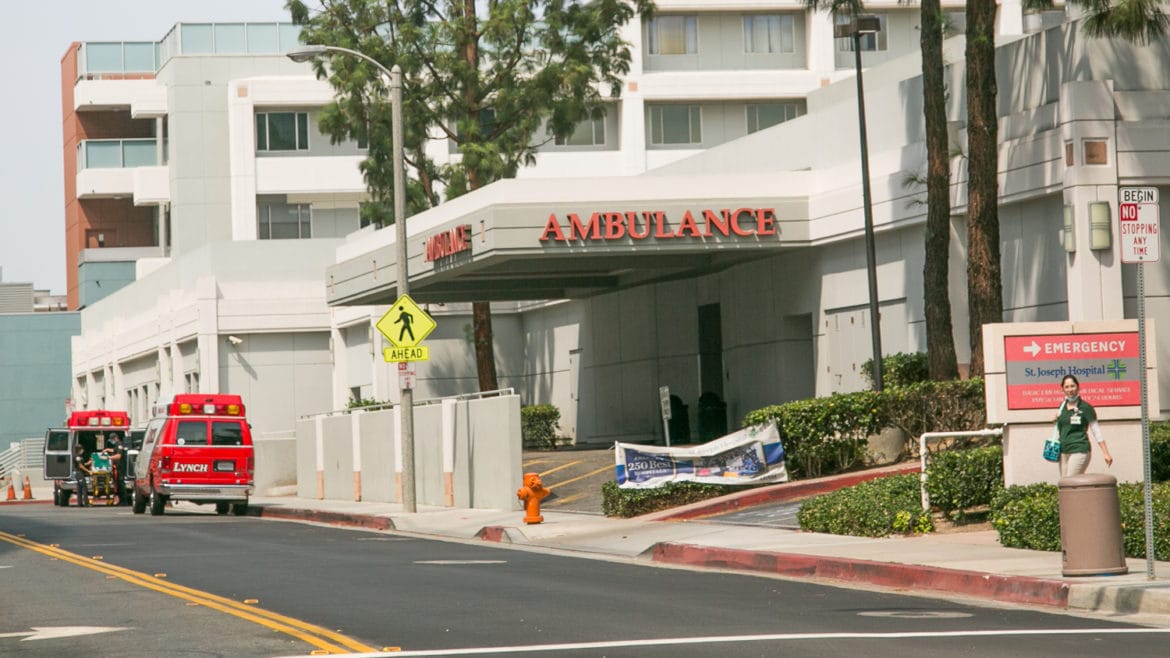 Orange County coronavirus hospitalizations and new daily cases have seen sharp increases over the past couple weeks, closely resembling trends not seen since the beginning of the first wave in May and June.

Public health experts, epidemiologists and medical doctors across the county are closely watching the daily numbers heading into Thanksgiving and worry about what impact the holiday could have on cases.

“I would suspect, realistically, that we will see an increase in the week or two after Thanksgiving. We hope it’s not as high as it would be without the precautions taken,” said Dr. Charles Bailey, medical director for infection prevention at St. Joseph’s Hospital in Orange and Mission Hospital in Mission Viejo.

“I think just people being people, there’s going to be a bump after the holiday. We’re factoring that into the planning so that’s not going to catch anybody by surprise,” Bailey said in a Monday phone interview.

The county’s been seeing a steady increase in hospitalizations and new cases since the month began.

Orange County’s hospitalizations increased 153% since Nov. 1, when 183 people were hospitalized.

As of Tuesday, 463 people were hospitalized, including 116 in intensive care units.

And 837 new cases were also reported. The county has averaged over 800 new cases a day for the past week.

State public health officials have previously said roughly 12% of newly infected people end up in hospitals two to three weeks down the road.

Since the pandemic began in March, the virus has killed 1,556 county residents out of 71,953 cases.

Orange County isn’t alone in grappling with the second wave.

Counties up and down California have seen dramatic increases in cases and hospitalizations since the beginning of the month.

“The pandemic, at this moment, is threatening to spiral out of control,” Garcetti said at a Monday news conference. “At this rate, our hospitals won’t have any spare beds by Christmas time.”

LA county officials have hinted at a potential countywide stay home order, similar to the statewide order back in March.

At a Tuesday news conference, Secretary of the state Health and Human Services Agency, Dr. Mark Ghaly, said there’s potential for a regional stay home order in a place like Southern California, instead of a statewide one.

Southern California counties, like Los Angeles and San Bernardino, are being hit particularly hard by new cases and hospitalizations.

“Absolutely another way to be targeted is rather than say we’re doing something statewide, but apply it in a certain set of counties that are geographically near one another. So I don’t want to say that’s exactly where the plan will go,” Ghaly said in response to Voice of OC’s question.

But a regional order is not part of the current “conversations with those leaders in Southern California,” Ghaly said.

Bailey said hospitals have learned how to grapple with hospitalization spikes when they dealt with the first wave in the Summer.

“We’re prepared — we have capacity in not only terms of beds, but ICU beds,” Bailey said. “We hope that it doesn’t go as high as Spring and Summer.”

He also said OC hospitals can handle a surge like the first wave.

“We are battle hardened, so what would have impacted us to a significant degree two or three months ago, would have a lesser impact now,” Bailey said.

State public health officials issued Thanksgiving dinner guidelines earlier, urging Californians to rethink the holiday and have dinner with just the people they live with.

But if people do host a bigger dinner, the guidelines call for people from no more than three separate households to gather at any one time in an effort to limit the spread.

“Each one of these contacts, they all add up. It’s not just about you and a couple people in your household, it’s the other people to come into contact with,” UC Irvine epidemiologist Daniel Parker said in a Friday phone interview.

He and other UC Irvine epidemiologists have been warning against big house parties and dinners because the virus spreads more easily on aerosol droplets indoors, than outdoors.

Parker said even without the expected Thanksgiving case bump, the situation will worsen in OC at this rate.

“If things stayed exactly the way they are now, it would still get worse,” he said.

Ghaly said roughly 40% of people who have the virus are asymptomatic.

“That means without knowing you have COVID, you can easily transmit it. It doesn’t mean you’re going to get sick or need the hospital,” he said.

In response to a question from a Los Angeles Times reporter, Ghaly said the rates of deaths are likely to rise also.