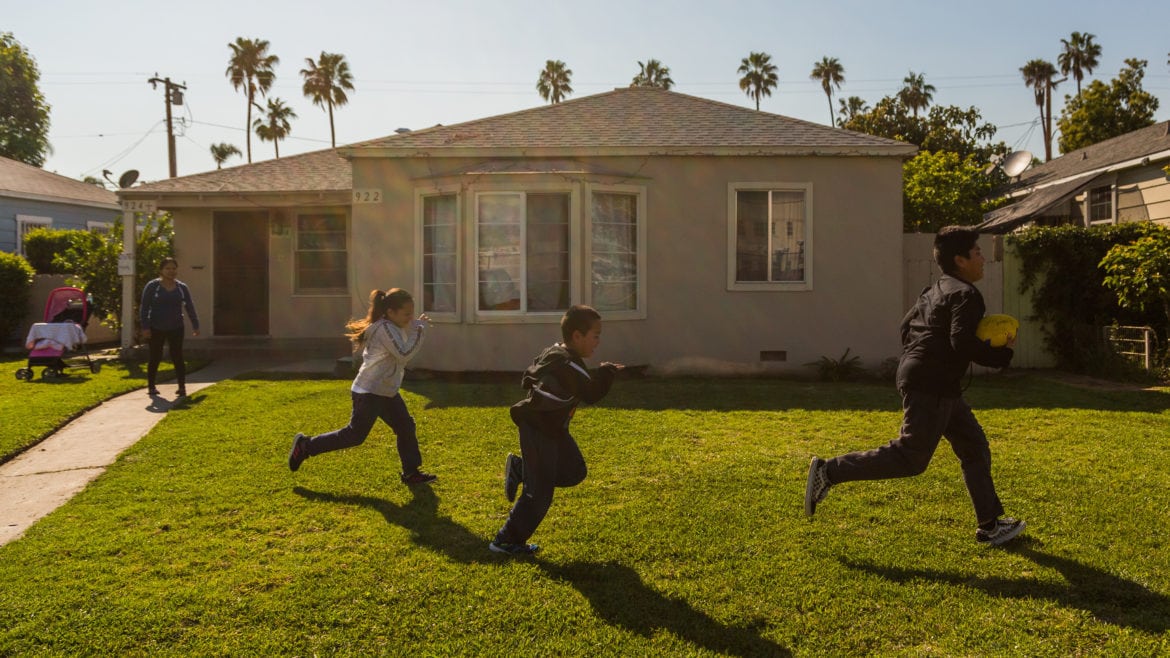 Lead contamination is a real time risk for far too many Santa Ana children.

All of these issues and more are coming into play as Santa Ana city officials move to update their cornerstone urban planning document, known as the city’s general plan.

It outlines the city’s official stance on what kinds of land uses are and aren’t allowed throughout the city for decades into the future.

When something like a housing project is up for the City Council’s approval, city staff in a report will usually say it’s consistent with certain sections of the General Plan’s goals — or “elements” — such as “housing,” “land use,” “open space,” or “economic development.”

But in Santa Ana, the current General Plan is decades old and outdated, rendering its role in swaying decisions on key development projects largely ineffective.

It appears the final say on the city’s future physical landscape over the next few decades won’t go before the current, outgoing and generally-older City Council with little time left in office this year.

Instead it’s on track to go before the incoming, largely fresh-faced and much younger council, after the city planning commission voted earlier this month to extend the city’s General Plan community outreach efforts.

Meanwhile, officials like current Councilman Phil Bacerra warn against banking solely on the General Plan to achieve real systemic changes to community health and addressing the needs of the socioeconomically disadvantaged.

“A general plan is what it says it is…general,” Bacerra said in an interview. “It lays out general guidelines to achieve a city’s goals and vision.”

Once officials determine their goals on environmental justice, Bacerra said the city will have to make those changes where they really count: “The zoning code.”

But activists like Cynthia Guerra, a Santa Ana resident and organizer with the Kennedy Commission, have voiced fears that the city could chart a path through the General Plan update for more development and housing construction that won’t benefit the city’s nonwhite and working-class residents.

The city looks at these major corridors as prime sites to expand development, seeing their proximity to either downtown or the upcoming OC Streetcar line. The draft General Plan update also maps out large increases in the number of housing units that could appear in these areas.

Thus Guerra fears the General Plan update may set the stage for higher-density housing projects there. One side effect of this, she said, would be a weakening of the city’s affordable housing requirement law, known as the Housing Opportunity Ordinance (HOO).

But if those “focus areas” in the draft General Plan update are already zoned for higher density housing in the future, developers may not need to request those zoning exceptions and therefore the affordable housing requirements could be triggered less often, Guerra said.

“The city would be essentially giving away its regulatory powers,” said Flor Barajas-Tena, who has partly led a campaign to keep for-profit developers out of the west-end Willowick Golf Course.  “It’s just giving that away, instead of leveraging that for the public’s benefit.”

To local construction workers looking for well-paying work, more housing development in Santa Ana is essential, according to Ernesto Medrano of the Los Angeles/Orange Counties Building and Construction Trades Council.

“Housing is also just a big need,” he said. He also called on affordable housing developers in the city to build bridges with the construction unions and contract with them for projects.

The cost of labor typically drives a wedge between the two interests.

He said a good relationship with the unions means affordable housing developers will have one more group on their side to lobby for them. When big development projects are up for approval at Santa Ana council meetings, construction union representatives and laborers often come out in large numbers to speak in support of them.

Santa Ana Chamber of Commerce President David Elliot said he looks to development in the city as key to driving the revitalization of the city’s local economy:

“We have new developments being approved and moving forward, which I think is important from a housing and jobs perspective … workforce development and the retention of businesses — that’s the biggest issue for us when it comes to the General Plan.”

Guerra questions who the city is building more housing for: Those who already live in the city, or wealthier outsiders. On top of that is her doubt that the city is committed to sufficiently keeping up with open space demands:

“The main issue we’re seeing is kind of this imbalance between open space supply and how that park space deficit will be exacerbated by development that the general plan is pushing for.”

And this time around there’s a new element that state officials and community leaders have pressured the city into adding: Environmental justice.

It’s a concept that looks at how communities of all ethnicities and different economic backgrounds are impacted by policymaking around the environment, industrial areas, open space, and development.

For example, the current draft of the new plan outlines programs aimed at addressing a UC Irvine study that found unhealthy levels of lead contamination in predominantly Latino neighborhoods, posing specific and alarming risks to children. The city in the draft also hopes to establish buffers between industrial areas and sensitive communities.

Yet an Oct. 16 letter to the city from state Attorney General Xavier Becerra’s office said some of those measures either lacked efficacy or specific information on timelines and benchmarks for those programs’ implementation.

Becerra’s office stepped in because Santa Ana and other California cities are only setting new environmental justice goals and policies under a new state law, SB 1000, that requires them to do so.

The letter by Deputy Attorney General Rica Garcia also questioned whether the city has done sufficient outreach to the disadvantaged communities impacted by the city’s new environmental justice policies.

The city responded to the letter on Oct. 30, arguing the draft of the plan is indeed in line with the community’s goals and that it provided ample outreach since beginning the update process five years ago. The draft of the general plan update, however, wasn’t released until this year.

Guerra defended the energy that she and other community leaders are spending on being heard through this planning document.

“I don’t see the logic behind adopting a General Plan that’s flawed just because we have other methods of achieving good policies,” she said, adding she’s heard a consistent narrative from the city that there are always other ways for young activists to get what they want.

That was until a majority of the City Council earlier this year voted to ease some of the ordinance’s affordable housing requirements, voicing a need to encourage more building construction in the midst of a COVID-19 economic recession. Activists opposed the move.

“We’ve moved into these other places as the city tells us to, we go down these alternative routes,” Guerra said. “And then they lock us out there, too.”