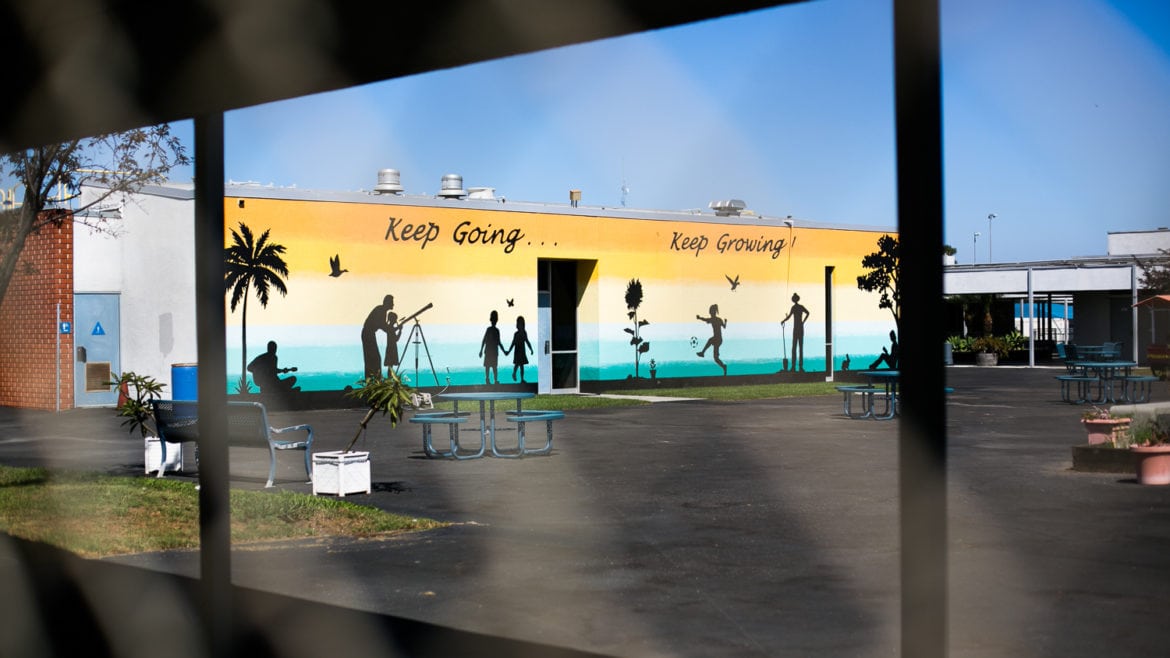 Some teachers in the Newport-Mesa Unified School District are calling the hybrid model a “failure” and asking the board of trustees to return secondary students to distance learning from home after Thanksgiving break.

The Newport-Mesa Federation of Teachers’ leadership sent out a letter on Monday expressing concerns with the cleanliness of classrooms and common areas, students not following safety measures, and the district’s dashboard for reporting cases.

“Secondary students are not observing social distancing during passing, lunch and coming to and from campuses. Mask wearing does not occur when these students are outside the watchful eyes of their teachers in the classroom,” reads the letter. “The so-called COVID Dashboard on the district does not accurately reflect the risk in this community.”

The letter goes on to state there are “uninvestigated, unexplained student absences followed by unquestioned returns to the classroom.”

In a written response, the district’s public relations officer Annette Franco said Newport-Mesa Unified is committed to provide students with the opportunity to learn in person.

“We will continue to closely monitor the situation and adhere to all state and county directives,” Franco said.

“Having students on campus in a hybrid model provides the social emotional connection and academic support that is limited in distance learning,” Franco wrote. “As with any new system there will be some challenges. As these arise, we work together as a staff to modify the procedures or processes that need improvement.”

According to the district’s dashboard, there are 35 confirmed student and staff cases at the over 30 schools open in the district as of this morning. 19 of those cases came from secondary schools with eight of them from Costa Mesa middle school and high school.

Tamara Fairbanks, president of the federation, said the dashboard only shows those that tested positive for the virus and not the people staying home that suspect they might have the virus.

“You can have 20 kids in quarantine but because one kid officially tested positive or was reported as tested as positive, you’ll only see one kid reflected on the dashboard,” Fairbanks said. “In some cases, these kids have been exposed to positive people and are quarantining, or they may be exhibiting symptoms and they’re quarantining but they haven’t gotten tested.”

The district has been divided these past few months, with those in the community who wanted schools to continue with full distance learning while others wanted to return to the classroom.

The Newport-Mesa Federation of Teachers expressed concerns with the district’s plans to return to in person instruction in the past. The district and the union reached an agreement to reopen secondary schools on Nov. 2 and schools opened up on Nov. 9.

Weeks prior the board of trustees voted to delay the reopening of secondary schools no later than Dec. 17 after school principals favored postponing the Oct. 12 start day. Elementary schools in the district were reopened Sept. 29.

Orange County’s return to the purple tier did not lead to a closure of elementary, junior high and high schools that have already reopened per state guidance. However, the teachers are calling on the district to do so after the Thanksgiving break.

“The hybrid model is a literal accident waiting to happen,” reads the union letter. “It is time to do the right thing. Return your people to distance learning.”