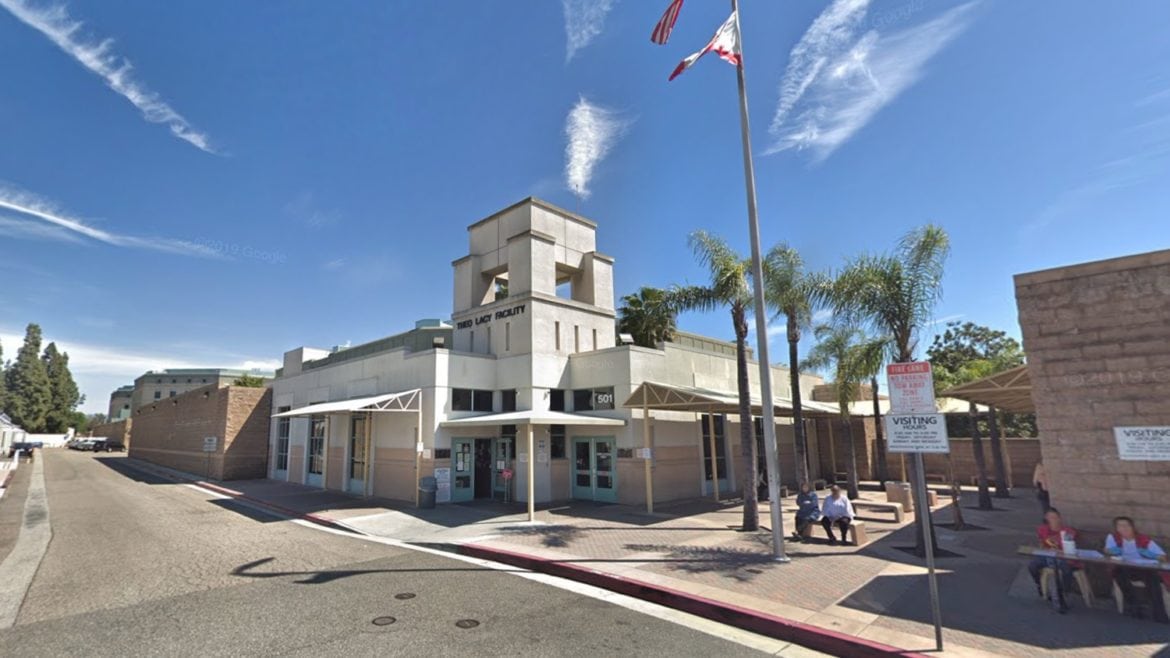 The Theo Lacy Facility, a county jail in the city of Orange run by the Sheriff's Department.

A sheriff spokeswoman confirmed the outbreak to Voice of OC Thursday afternoon, and said all of the inmates are in isolation to prevent further spread. At least one of the infected inmates was in an Orange County courthouse within the last week.

“We were notified yesterday that we had two inmates who tested positive in the general [jail] population. We were able to identify additional inmates who were quarantined” because of exposure to those inmates, said Carrie Braun, spokeswoman for the Orange County Sheriff’s Department.

Altogether, 74 inmates in the general population tested positive Wednesday and Thursday at the jail system’s Theo Lacy Facility and Intake Release Center, Braun said. Another 28 inmates tested positive who were being booked into the jails, she added.

The outbreak comes as local coronavirus cases and hospitalizations skyrocket to their highest levels of the pandemic, with 1,025 people hospitalized with coronavirus in Orange County as of Wednesday.

Some of the inmates who tested positive have symptoms, and none have been hospitalized, Braun said.

A female inmate who tested positive Wednesday was in a courtroom within the last week at the West Court branch of Orange County Superior Court, court officials said.

“The Court was notified of this incident and took all the prescribed and necessary contact tracing steps,” said Kostas Kalaitzidis, spokesman for Orange County Superior Court, in an emailed response to Voice of OC’s questions.

“Also, the Court works very hard to make sure all areas of all courthouses are sanitized regularly,” he added.

Other details on the jail outbreak were not immediately available, though Sheriff Don Barnes is expected to speak about the outbreak at the county’s 2 p.m. coronavirus news conference Thursday, which officials plan to stream live on the county’s Facebook page.

The outbreak comes as local court officials are gearing up to shut down certain non-emergency proceedings like civil trials because of the broader growth in community spread of coronavirus.

“We are working to scale some of our services back in light of covid conditions in the county. More details will be forthcoming over the next couple of days,” said Kalaitzidis.

“The health care system in Orange County is now in crisis resulting from an overwhelming increase in the number of COVID infected patients,” reads the county directive.

“At the current rate of deterioration, the EMS system may collapse unless emergency directives are implemented now,” Schultz wrote, referring to the services system that includes hospitals and ambulances.