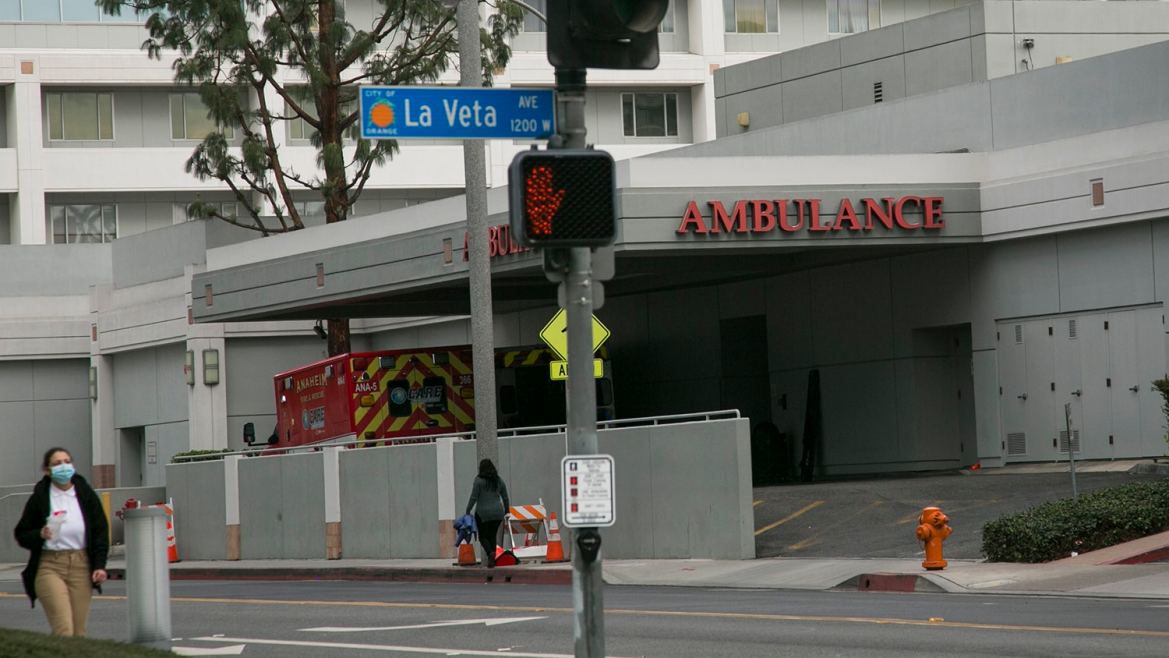 Doctors say they’ve learned how to manage spikes from the first wave.

“We’ve been holding up. I think the first wave in the Spring was a really big sort of wake up call and a practice run so to speak,” said Dr. Shruti Gohil, who treats patients in the UC Irvine Medical Center’s intensive care units.

Gohil, who’s also an infectious disease doctor, said months of planning has prepared the medical center for this spike.

“So far at least some of the contingency plans and things we had our eyes on back in Spring have to come to bear,” Gohil said in a Thursday Voice of OC coronavirus panel.

“We have a surge plan that has been reviewed and revised that we developed for a number of months now,” Katz said during the panel. “So there are other areas here for St. Jude that we’ve been able to open up.”

But epidemiologists fear the worst is yet to come.

“It’s bad. Transmission is higher now than what we saw previously. And when you get that kind of momentum in a local epidemic, nothing you do is going to slow it down immediately. So even if we all stay at home in our houses right now, there’s still going to be several weeks of this going on before it flattens out again,” UC Irvine epidemiologist Daniel Parker said.

“I think we need to brace ourselves from some difficult times ahead.”

Orange County continues to see record-breaking hospitalization numbers, which jumped by nearly 100 in a day.

As of Friday, 1,122 people were hospitalized, including 265 in intensive care units, according to the county Health Care Agency.

That’s an increase of nearly 100 people in a day. On Thursday, 1,025 people were hospitalized, including 257 in ICUs.

For comparison, the highest number of people hospitalized during the July peak was 722.

Katz said many virus patients’ conditions plateau in the first week or so, but around two weeks in they hit critical stages.

“They end up in the emergency department because they’re too short of breath,” Katz said. “When they become severely ill like that is when it’s a longer, more drawn out course.”

But the coronavirus patients often stay in intensive care units for weeks, even months — which jams up hospital operations.

Managing virus patients and regular care is a tough balance.

Gohil said they have to “divert our energies toward these patients — there’s no such thing as a consequence that wouldn’t happen as a result of that. I think that paying attention to the other side of non-covid is really, really important.”

And coronavirus cases keep rolling in.

The county’s now averaging over 2,000 cases a day for the past week.

State public health officials estimate 12 to 13% of all new cases will end up in hospitals two to three weeks down the road.

In a Thursday phone interview, UC Irvine epidemiologist Andrew Noymer said the county is feeling the effects of Thanksgiving.

“Thanksgiving is starting to bite,” Noymer said. “I anticipate increases for two weeks, which is not to say two weeks from now it’ll be hunky dory. I expect this wave to keep rising for two more weeks, at least, and beyond that it’s too hard to predict.”

Deaths from the skyrocketing trends last month might be showing up.

Since the pandemic began, the virus has killed 1,662 people out of 97,302 confirmed cases.

The county is on track to surpass its average yearly deaths with over 19,000 people dead as of October, the latest available state health data

“At the current rate of deterioration, the EMS system may collapse unless emergency directives are implemented now,” Schultz wrote in the directive.

He also directed ambulances to drive to the nearest emergency room if they’re waiting more than an hour outside a hospital with a patient. Schultz also urged hospitals to enact surge plans and to consider halting non-emergency surgeries.

At a Thursday news conference, Orange County officer Dr. Clayton Chau said the directive was a warning and urged people to stay home as much as possible to help slow the spread of the virus.

“I’m begging you. Do not gather. Do not mix households. The transmission is really high in the community right now.”