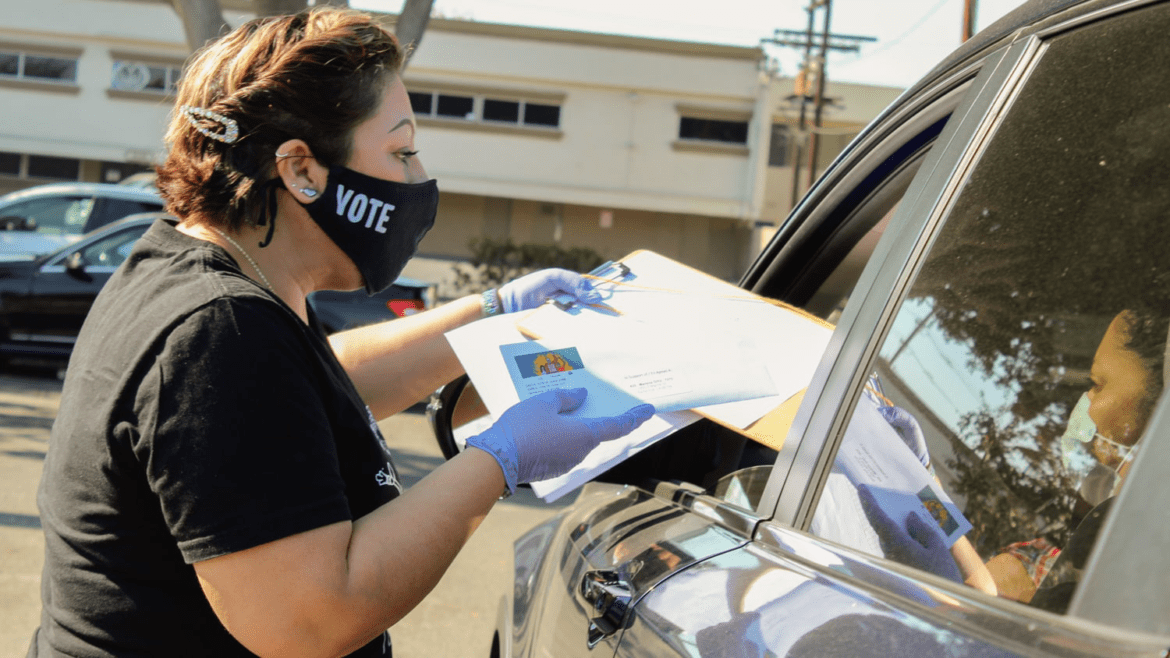 Courtesy of the In'Lakesh Relief Fund

These were already hard to come by for some Orange County residents in cities like Santa Ana, before the Coronavirus pandemic crippled the region’s economy, slashing the hours and wages of working-class, low-income and predominantly immigrant communities.

Now some in those neighborhoods are taking it upon themselves to fill in the gaps for others — offering people community-sourced financial aid to go to things like housing, legal, and health care costs.

Santa Ana organizers and volunteers created the In’Lakesh Relief Fund, a mutual aid-themed program that launched in April and has since received around 4,000 applications from those struggling to get by in Santa Ana and in other parts of Orange County.

The fund has been able to support roughly 1,300 people and their families, as well as small businesses with cash or Visa gift cards over multiple phases. The program is currently fielding the 6th round of applications for aid.

Santa Ana Building Healthy Communities, Resilience OC and Cooperacion Santa Ana — three community advocacy groups — established the program. The funding has been sourced from a mix of local donations and grants from larger advocacy organizations, according to volunteers.

To local organizers, the program only highlights the economic disparities and hardships that have long faced residents in cities like Santa Ana.

And those helping distribute the money face an excruciating task: Fielding thousands of applications — frantic requests for help — and choosing from a pool of different families facing their own challenges.

Essentially, these volunteers must determine who needs their help the most, right at that moment — all with the limited resources they have.

How does one score how much a resident is struggling? That’s a question In’Lakesh organizer and Resilience OC Executive Director Claudia Perez said she grapples with when choosing between a set of different relief requests.

“We wanted to grant (money to) everyone,” she said, “but I think we understood that we had to take it in phases and be able to grab those that needed that immediate need, versus those that could maybe hold off for one or two months, and then be able to give them something in the second round.”

Federal lawmakers in March approved $2 trillion in Coronavirus Relief funds, which partly went to American citizens through stimulus checks. But such aid excluded undocumented immigrants. Santa Ana, Anaheim, and other cities in north/central county are home to many. 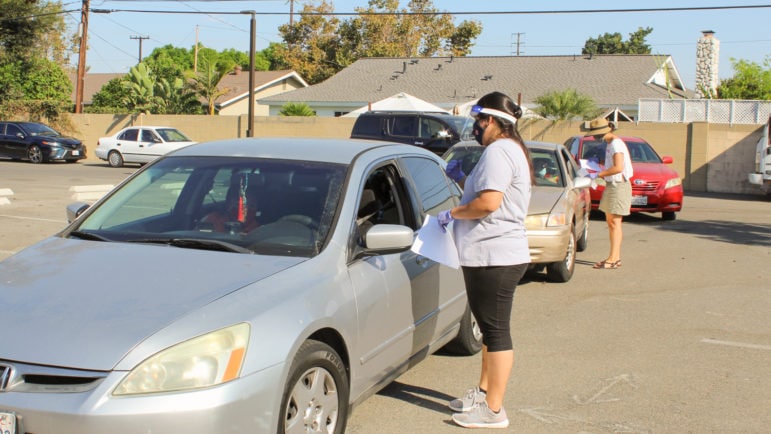 Courtesy of the In'Lakesh Relief Fund

The mutual aid-themed program launched in April and has since received around 4,000 applications from those struggling to get by in Santa Ana and in other parts of Orange County.

The organizers wanted to make sure the funds were reaching immigrant and undocumented families, as well as young people who need money to renew their Deferred Action for Childhood Arrivals (DACA) program applications.

“Unemployment (assistance) is not for everyone,”said Joel Cazares, an organizer for the relief fund and director with Santa Ana Building Healthy Communities (SABHC). “Immigrant communities more than anything, we’re not going to be receiving this kind of support.”

Deciding who got prioritized for assistance wasn’t the only challenge for organizers.

“During a time of emergency, the support is needed on the spot now, and we wanted to do things as quickly as possible, but just the complexity of liberating money and the reporting that goes behind it made it tough,” Cazares said.

Organizers are adamant about not accepting funding that requires compromising information about people, like social security numbers, in the application process to protect the In’Lakesh fund’s recipients.

“That’s something that we had to navigate and kind of understand a little bit better,” Cazares said.

Cazares and Perez said In’Lakesh is an example of just how much a disadvantaged community, weary of government, reserves its trust for one another — that such residents would seek out the help from their neighbors that they might not otherwise get from the system.

“The way we approach things, the way we work with the community, it’s not an agenda that we’re driving, it’s an agenda of the community,” Cazares said, adding the “community is driving the bus pretty much of everything that we do in Santa Ana.”

Perez also said having their boots on the ground for years has built community trust in the organizers behind the fund.

When the fund began, In’Lakesh volunteer Ana Urzua said the groups quickly freed up some of their own money to invest in the fund as well as applying for grants to use towards mutual aid and collecting donations.

“We were able to move pretty quickly to make funding available within our own organizations because we prioritized having a response when there wasn’t any from our federal government,” said Urzua, who is also an organizer at Cooperacion Santa Ana, a network of local worker-owned businesses.

“Where even our local government took a few months to be able to respond, we felt that we needed to do that immediately,” she added.

The City of Santa Ana also offers residents and small businesses financial help to cover rent and utilities — all from the city’s allocation of CARES Act dollars. Much of their financial aid has also gone to landlords in exchange for forgiving some tenants’ rent, and the city has also spent the money on things like masks and grants for local artists. A breakdown can be found here.

The In’Lakesh Relief Fund’s organizers say they focus specifically on those residents facing the most dire of circumstances. Cazares said the program started off small, with enough money to support a neighborhood, but it began to take off.

“The program started just growing in itself. There were more folks finding out about it, donations started coming in, it became very organic — how it also grew and how the ‘In’Lakesh’ word was also felt,” he said.

“In’Lakesh” is a Mayan phrase that translates to “I am you, as you are me.”

“It’s a teaching from ancient cultures in Mesoamerica that really sees the interdependence in our communities, and that sees ‘you are my other me’ and we’re interrelated,” Urzua said. “That’s really behind this fund, being able to see our interdependence, and especially in a pandemic, we’re only as strong as we are connected and responsive to each other.”

Cazares said the intention is to continue having an emergency fund for the community at large.

“It will depend on the funding, but that’s something that we envision having available hopefully for for a long time,” he said. “As of right now, In’Lakesh is going to continue until funding runs out.”