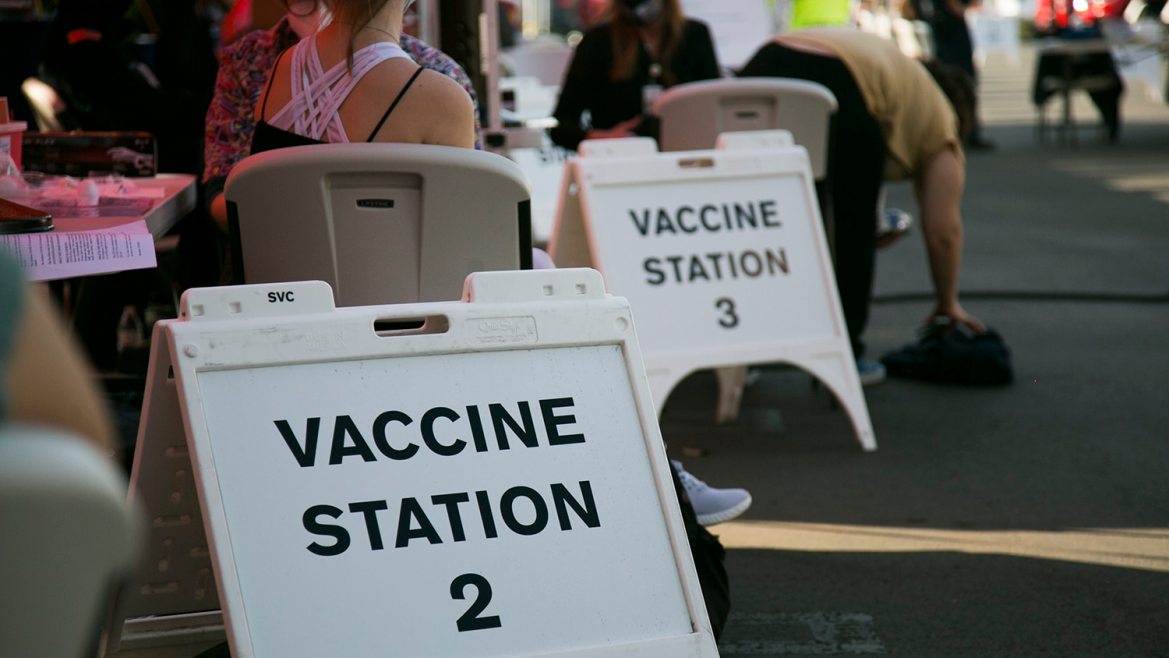 Some are still waiting on their vaccines.

Nursing home residents make up less than 1% of the state’s population, but have 6% of all cases and 34% of deaths, according to information presented at a state Community Advisory Vaccine Committee meeting.

According to the OC Health Care Agency, 1,123 residents have been killed by the virus in skilled nursing homes and assisted living homes since the pandemic began.

Pharmacies like CVS and Walgreens have partnered with federal public health officials to distribute vaccines inside the homes.

But not all nursing homes used the partnership.

“Long term care facilities had the option of choosing to participate in the program or to receive distribution through the state distribution system. In California, the total number of eligible facilities is over 1,200 skilled nursing facilities and over 14,000 assisted living facilities,” state Department of Public Health officials said in a Wednesday email.

It’s unclear how many in OC are using the pharmacy companies as vaccine distributors.

If the homes didn’t choose the federal distribution system, it’s up to local health departments — like OC Health Care Agency — to help distribute vaccines to the medically vulnerable seniors.

“Approximately 90% of skilled nursing facilities and 65% of assisted living facilities signed up for the federal program. For those that did not sign up for this program, local health departments in partnership with the facility make a determination about the distribution and administration of vaccine for the facility,” state officials said.

It’s also unclear how teaming up with the local health department works.

County public health officials haven’t publicly discussed partnering with nursing homes to vaccinate residents and workers and no plans have been publicly released.

“There is federal allotment that comes to the pharmacies that are vaccinating the long term care facilities and skilled nursing facilities as well. And we at the county level have no access to what those levels are,” Chau said at a news conference earlier this month. “From a county perspective we would like to see what is the total doses that are being allocated to the various entities.”

A Walgreens corporate spokeswoman said the nursing home vaccines pharmacies administer to the elderly are based on state allocations.

“Vaccines ordered by Walgreens are routed through a centralized CDC system based on state allocations. Orders are then transported from manufacturers to Walgreens cold storage hubs and stores. All Walgreens hubs meet cold storage requirements for both Pfizer and Moderna vaccines,” reads a Tuesday email.

The email said Walgreens completed the first round of the two-part vaccinations for skilled nursing facilities — where residents have a higher need of medical care.

But some assisted living facilities — where seniors don’t need constant medical attention, but help with daily routines like eating or bathing — haven’t had the vaccination yet.

Orange resident Jill Swartz said the virus killed her 82-year-old mother before she was able to get vaccinated.

Swartz’ mother was staying at the Silverado Newport Mesa assisted living facility and the vaccine was expected in December.

Then it got delayed.

“The head nurse had told me it’s like Orange County had been skipped over. I hold the Orange County Health Care Agency and the Board of Supervisors responsible — they really let down our most vulnerable residents,” Swartz said in a phone interview.

She said some of her friends’ parents, who lived in similar homes as Swartz’ mother, were vaccinated by late December.

Two days after county public health officials rolled out the Disneyland vaccination supersite, an outbreak worsened at the facility.

“I would like to inform you as of late yesterday evening and early today we received notification that we have four additional residents and four associates that have tested positive for COVID-19,” reads a Jan. 15 email.

As of Thursday, 1,592 people were hospitalized, including 439 in intensive care units.

That’s still double the July peak during the first wave, when 722 people were hospitalized, including 238 in ICUs.

Bodies are also piling up.

The virus has now killed 2,868 people so far, out of over a quarter million confirmed cases.

It’s already killed five times as many people as the flu does on a yearly average.

Swartz said she tried to pull her mother out of the assisted living home so she could get her vaccinated through the county’s massive vaccination program.

“So I tried that and it was just totally a disaster.”