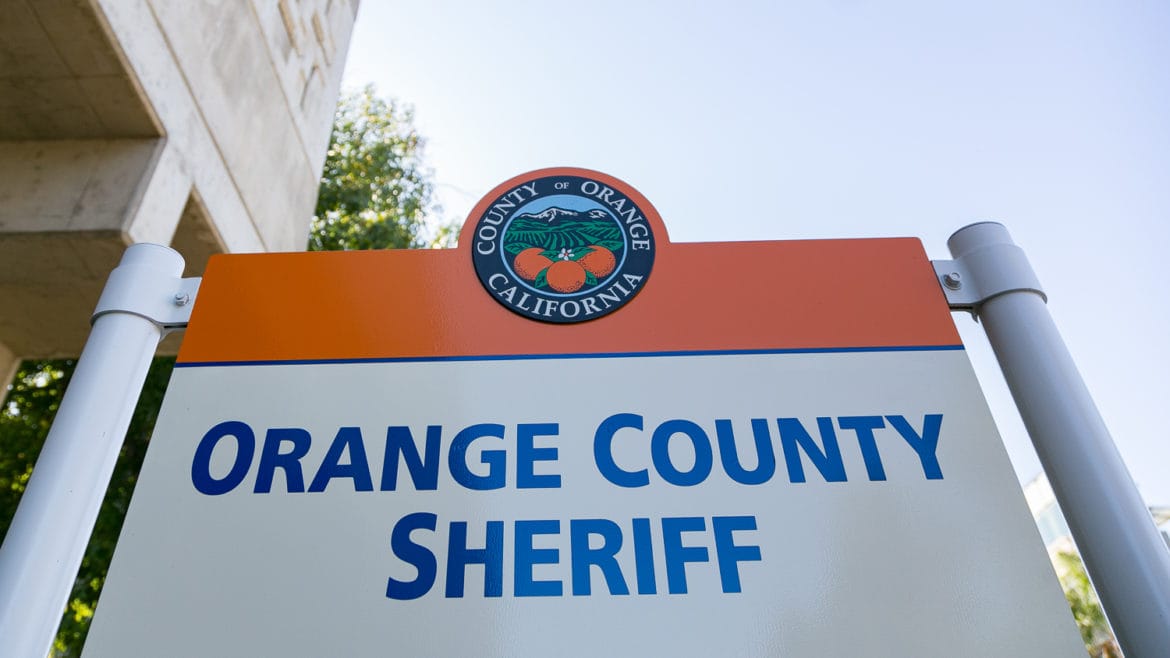 When it comes to federal dollars meant for “responding to the COVID-19 public health emergency,” Orange County officials have been spending far more of it on sheriff officials than public health workers, according to official data.

After months of pushing from Voice of OC under the state’s Public Records Act, County of Orange officials this month released a summary of payouts from CARES Act funds to county agencies as well as individual vendors.

When it comes to public agencies, county administrators spent $93 million of their CARES Act funds on payroll at the Sheriff’s Department, compared with $58 million on Health Care Agency employees, according to the latest-available data from the county, which runs through the third quarter of last year.

County officials provided the data after multiple requests from Voice of OC for greater transparency around how the county spent the half-billion dollars in CARES Act money it received in April.

This article is part of an ongoing series on how federal money for combatting coronavirus was spent in Orange County. Tomorrow, we’ll list the top vendors getting CARES Act funds from the County of Orange. Click here for a full list of CARES Act spending stories published so far.

The CARES Act law says the funds can only be used for “necessary expenditures incurred due to the public health emergency with respect to the Coronavirus Disease 2019 (COVID-19).”

Sheriff officials say the relief money for their department’s staff has mainly funded salaries at jails and two operations centers run by the Sheriff’s Department.

“Everything that we submitted is allowable under the guidance document from the Department of Treasury,” said Carrie Braun, spokeswoman for the Orange County Sheriff’s Department.

“The vast majority of it is salary and benefits for standing up both the department’s operations center and the emergency operations center, [and] for staff inside of our custody facility and the operations that go along with that,” Braun added.

“We’re very cautious to make sure that what we’re submitting was allowable, and submitting what we felt was accurately representing the department’s response to the pandemic.”

The ultimate decision on which staff to fund with CARES Act money has been up to county CEO Frank Kim’s office.

For the last two weeks, Voice of OC has been asking Kim’s spokeswoman, Molly Nichelson, which sheriff and public health jobs were funded by the CARES Act money. That information has yet to be provided.

Asked why more CARES Act money went to sheriff officials than public health workers, county officials say they followed Treasury Department guidance that the money can fund employees whose jobs “have been diverted to substantially different functions” that are “substantially dedicated to mitigating or responding to the COVID-19 public health emergency.”

“The use of CARES Act funds for payroll in the Sheriff’s Department and the Health Care Agency were determined through applying the CARES Act Guidance and subsequent FAQs,” county spokeswoman Molly Nichelson told Voice of OC in a written response to questions.

“The use of CARES Act funds in these two departments was for payroll costs where employees performed duties substantially dedicated to mitigating or responding to COVID-19.”

According to the Treasury guidance, local governments can use CARES Act money to cover employee salaries such as “redeploying corrections facility staff to enable compliance with COVID-19 public health precautions through work such as enhanced sanitation or enforcing social distancing measures,” and “the costs of redeploying police to support management and enforcement of stay-at-home orders.”

Since receiving the federal CARES Act funds in April totaling $554 million, county officials say they have used it to pay for coronavirus testing for the public, motels for homeless people, small business grants, and costs at county departments like the Health Care Agency and Sheriff’s Department.

Earlier in the pandemic, Kim, the county CEO, said the CARES Act funds cannot be used to backfill for revenues that were lost due to the economic downturn.

County officials say they have just about spent all of their CARES Act relief funds.

They plan on covering testing costs through March out of the county’s own general fund, though those revenues have taken a hit from the economic slowdown.

“Our plan is to continue the testing program for at least the first quarter of the new year,” county CEO Frank Kim told Voice of OC last month. “We need funding since these costs will be supported by general funds which are already impacted and at levels less than what departments need to maintain current service levels.”

Kim has also said county legislative advocates are now focused on getting more state and federal relief money for the county.