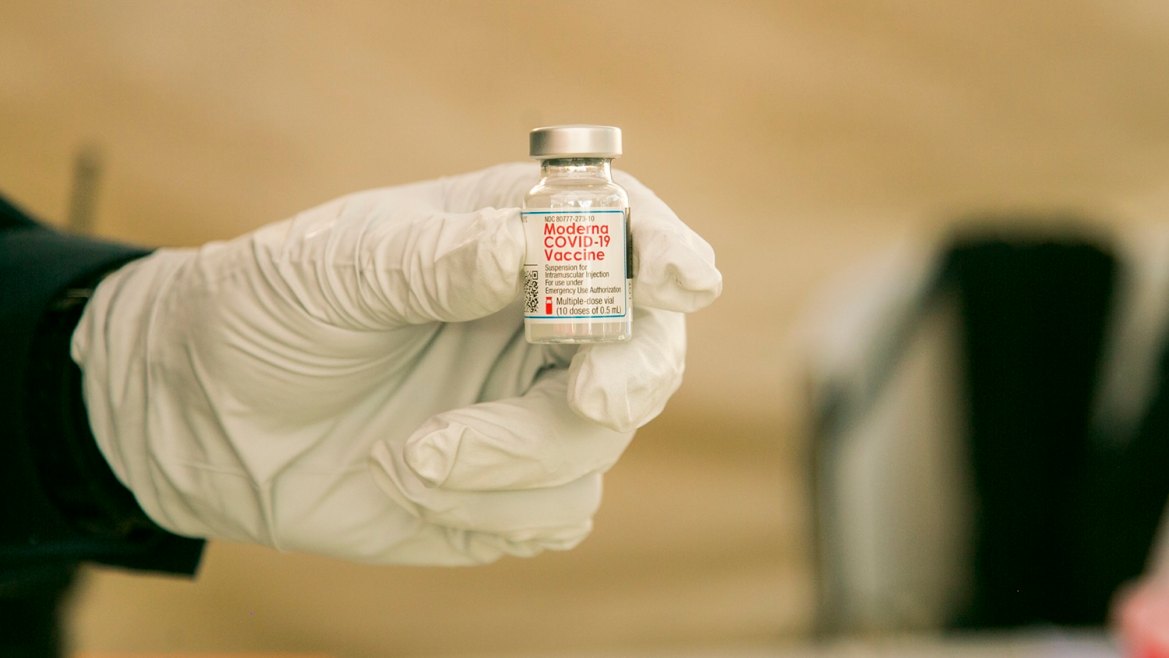 Orange County officials have announced a coronavirus vaccination supersite at Disneyland, but questions remain over how many doses the county will be able to push out, following a slow rollout statewide.

Gov. Gavin Newsom doesn’t know when California is going to get the millions of doses required to boost vaccination rates to herd immunity levels, which experts peg at roughly 70% of the population.

It’s a logistical challenge because the vaccines have to be stored at ultra cold temperatures and administered in two separate shots at different times.

Meanwhile, the state has set a goal of 1 million additional vaccinations by the end of this week.

As of last Thursday, a little over 56,000 doses have been given out, according to the latest data available from the county Health Care Agency. The data is expected to be updated weekly.

At a Wednesday news conference at Disneyland’s vaccination supersite, OC health officer Dr. Clayton Chau said the county needs enough vaccines for roughly 40,000 doses a day if it wants to get all five supersites up and running at full capacity.

While Disneyland is the only site currently operating, four others are planned to roll out in the coming weeks.

“The end of COVID-19 is in sight,” Chau said. “The super [vaccination] sites will allow us to … scale up to meet demand.”

“The state rollout has been a little bit disappointing,” Wagner said.

County and Disney officials put up the Disneyland site in a “matter of days,” Supervisors Chairman Andrew Do said.

Do also said so many people tried scheduling a vaccination appointment through the website, it was overloaded Tuesday. He said officials are working on increasing bandwidth to allow more appointments to be scheduled out.

The faster the vaccines roll out, the quicker the local economy can restart, Supervisor Doug Chaffee said.

“It means we can bring back tourism,” he said.

Now private practice doctors and urgent care doctors, along with some of their staff, are receiving vaccinations through appointments at the Orange County Fire Authority and a couple other sites. There’s no walk ups allowed at those sites.

A handful of private practice doctors and staff, including dentists, said they’re still trying to figure out how and when they can get in line for vaccinations.

Yesterday, county public health officials announced they will be vaccinating vulnerable seniors 65 years and older in an effort to prevent them from going to the hospital.

But scores of people have been emailing Voice of OC to express concern over the delays and outages in the vaccine registration website.

Some people were able to get registered, according to emails.

As of Wednesday morning, the site looks to be back up and running.

At Tuesday’s public county Supervisors meeting, Chau said a little over half of OC’s roughly 2,200 people hospitalized are seniors, with nearly three-quarters of intensive care admissions being seniors.

“So you see our ICU capacity dropped because our most vulnerable population keep going in for those beds,” Chau said. “If we don’t stop this, it will continue to be so.”

He also warned OC won’t get out of the regional shutdown if seniors fail to get vaccinated because they’re going to ICUs at higher rates compared to younger people.

The state requires regions stay shut down if ICU capacity drops below 10%.

As of Monday, Southern California’s available ICU beds for coronavirus patients sat at zero — but hospitals are creating more beds and curbing back elective procedures.

OC’s hospitals, along with most of Southern California, have been ordered by the state health officer to limit non-emergency procedures and surgeries in an effort to keep space for virus patients.

The county’s hospitalizations have seen a slow decline in virus patients since last Thursday.

As of Wednesday, 2,180 people were hospitalized, including 544 patients in intensive care units.

Registered nurse Choi Bagnol, who works at the Kaiser Permanente hospital in Irvine, said they’re out of critical care beds — which could jeopardize care for virus and non-virus patients.

“Everywhere is full. Our critical care unit is filled with COVID patients. Our non-covid critical care patients are elsewhere. We have places holding patients that normally don’t hold patients, like post surgical units where patients normally stay for a few hours. So our units are filled with patients,” Bagnol said in a Wednesday phone interview.

Hospitals have been discharging stabilized virus patients using home oxygen care and telehealth visits in an effort to help keep some beds free, according to numerous doctors interviewed over the past two months.

Like other hospitals in OC, Kaiser’s Irvine medical center has had to order a mobile morgue because of the increasing virus deaths.

“Every shift we have a few bodies that are shipped to the morgue. I’m sure like other hospitals do, we have a mobile morgue unit. So that’s the reality now that we’re seeing,” Bagnol said. “It’s overwhelming.”

Deaths have been steadily increasing since the year began.

The virus has now killed 2,179 people out of 199,532 confirmed cases in OC, including 31 new deaths reported Wednesday from the county Health Care Agency.

Deaths can stretch back weeks due to reporting delays.

Orange County has been averaging roughly 3,800 new cases a day for the past week.

That means roughly 3,200 more people could be headed to hospitals in the weeks to come.

Bagnol said staffing is quickly being used up.

“We have beds that are available but they’re non-critical care beds. We don’t have nurses to take care of those special needs beds,” Bagnol said. “It’s overwhelming really.”