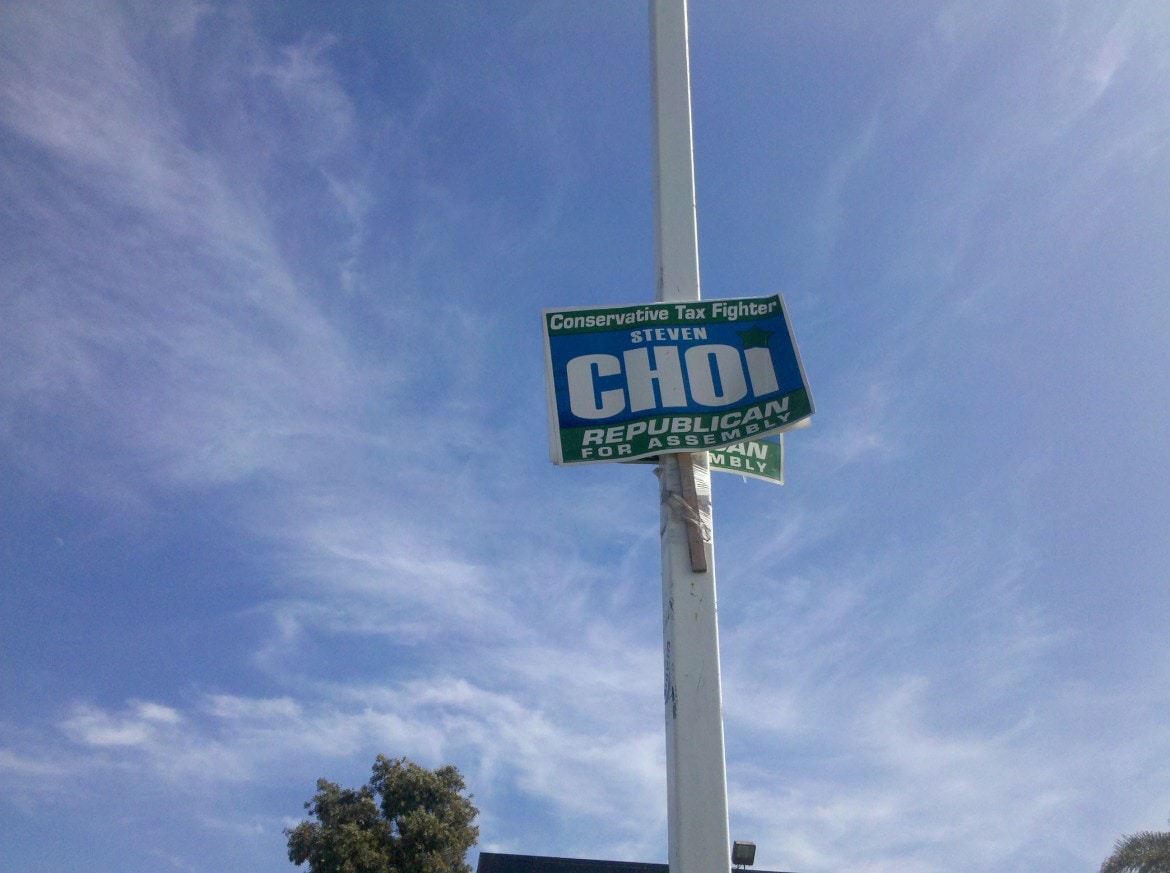 One of Irvine Councilman Steven Choi's primary election signs is still up in Newport Beach. (Photo by: Luis Ayala)

Irvine Councilman Steven Choi says temporary campaign signs diminish the beauty of his city, and he voted to have the city administer a voluntary candidate pledge not to place them in public rights of way until 60 days before the November election.

And, Choi said at the July 13 City Council meeting, he even made a proposal to limit the placing of any event signs, political or not, to within three days before and three days after an event.

But that’s in his city. Apparently, he has no problem leaving his own campaign signs up in neighboring Newport Beach way, way after Election Day.

I visited the beach town on Saturday and saw one of Choi’s campaign signs for the state Assembly race — still up on Newport Boulevard — a full 67 days after the June 8 primary election.

Such a breach of “political sign etiquette” — a phrase Pollster Adam Probolsky used to describe Irvine council candidate Yunus Aksoy’s blanketing the city with his signs an entire campaign season too soon — wouldn’t stand in Irvine, where the city has a law mandating that the signs have to be taken down within 10 days after an election.

I’ll be putting a call out to Newport Beach city staff to find out if Choi has violated any city codes. I’ll let you know what I find out.