Work is ongoing at the construction site for the new Laguna Niguel civic center. The city expects to spend about $25 million on the project. (Photo by: Adam Elmahrek)

Friday, August 20, 2010 | In the relatively near future, Newport Beach and Laguna Niguel will be sporting spanking new city halls built by the same contractor. But that is where the similarities end.

Both projects are being built by Pasadena-based C.W. Driver and started moving dirt in May. But from financing method, to aesthetics, to public amenities, the two cities have taken entirely different approaches to building a government nucleus.

Newport Beach is implementing a grandiose vision of a community hub — estimated to cost just under $120 million — that offers such public luxuries as a 16-acre park that includes a restored wetlands. Laguna Niguel, meanwhile, is aiming for a $25 million civic center residents can take pride in, but one with a more modest design that befits a contract city.

New city hall projects can be dicey propositions for cities. Politicians and bureaucrats have been accused of spending oodles of taxpayer dollars on palaces that benefit them more than the public.

City managers in Laguna Niguel and Newport Beach say that won’t be the case with their projects.

Residents will enjoy direct benefits like parks, community rooms and amphitheaters. And, they say, the projects will create a range of practical benefits — like better “one stop shop” customer service for Newport Beach residents, and saving public money on rent costs for Laguna Niguel.

At 88,000 square feet, the Newport Beach’s new City Hall will be nearly twice the size of the current one. But no new office space will be added because, as City Manager Dave Kiff puts it, the city is “shrinking government.”

He said the city has already reduced staff from 840 to 800 employees. And, as the OC Register reported,  more layoffs may be on the way.

So why does Newport Beach need a massive new civic center when city government is getting smaller?

The genesis is the voter-approved Measure B from 2008. In that referendum, residents signed off on a vision that proponents argued would construct a city nerve center and fuse a “synergism” between the new City Hall, library and park to “provide a true sense of community.”

The new civic center will be anchored by a 16-acre park, complete with a restored wetlands, a nearly half-acre dog park, a civic lawn, and over a mile of walking and viewing trails.

The project will also see a 17,000-square-foot expansion and renovation of the library, which will expand the adult studies area and the children’s area. It will also add more restrooms and create an additional entrance at the back of the library facing the new City Hall.

A 4,000-square-foot community room seating up to 150 people will also be part of the new City Hall. The room would be in addition to the friends of the library community room at the library, which Kiff said is the most popular room there.

Other amenities include an outside cart for coffee and snacks, a pedestrian bridge linking the civic center’s two park parcels together, and a disaster preparedness room. Right now, City Hall is a loose collection of buildings and trailers about 3 feet above sea level.

“If we had an earthquake or a tsunami, I don’t know how safe this place would be,” Kiff said.

Also, Kiff said, customer service will be made better by the design of the new City Hall.

If a resident needs to pull permits, for example, the current City Hall makes it so the resident has to walk to a variety of decentralized buildings to take care of business. The new City Hall, Kiff said, will offer a “one stop shop” to get residents done with their city business faster and more efficiently.

Laguna Niguel’s Pride of the City

Early on, residents weighed in on the Laguna Niguel City Hall project and said they wanted a hall they could take pride in.

Sitting on a 4.1-acre site purchased from Orange County, the new City Hall is designed with Spanish arches and an old Mission feel, much like the Mediterranean look of the surrounding buildings.

For residents who want to enjoy City Hall as a place of recreation, they can rent out a community room that connects to an outdoor amphitheater and includes a catering kitchen. There are also plans for a city history walk, lined with plaques depicting historical anecdotes about the city.

The City Hall construction is in coordination with the renovation and 3,045-square-foot expansion of a county library next door. The city and the county are going to share the cost of the renovation, estimated at about $5 million, with the county covering $1.5 million and the city covering the rest, according to a city staff report.

Like Newport Beach, Laguna Niguel is aiming for a hall built for efficient public use. Currently, City Hall consists of a decentralized set of six suites, with city departments that should be closer together sitting away from each other.

The new City Hall “got it right this time,” City Manager Timothy Casey said. For residents who have business to take care of at City Hall, the community planning desk will be at the front entrance.

The approach to the new civic center is much more modest than Newport Beach’s. Casey said that’s partially because Laguna Niguel is a bare-bones contract city, with 57 budgeted full-time employees. Casey said the new City Hall will have room for 85 employees, just in case the city needs to grow its staff.

Financing for the two civic center projects couldn’t be any more different.

Newport Beach could be paying just under $120 million for its civic center project, financed through public bonds, but Kiff said the cost won’t be fully understood until all the bids for work come in.

Meanwhile, Laguna Niguel is paying $25 million on an entirely cash basis, something Casey said is “unheard of.”

Paul Habibi, a lecturer at the UCLA Anderson School of Management, said there are different benefits to both approaches.

Issuing debt can enhance equity returns, as long as the project does well — always a possible risk with that financing method, Habibi said, which can be compounded if the city has already piled up large amounts of debt.

If the project doesn’t do well, it can run into a “distressed situation” something like what happened with the nation’s housing bust, when homeowners across the county stumbled into foreclosure.

Buying something all cash, as Laguna Niguel is doing, comes with almost none of the risk associated with issuing debt. However, that method can use up all the city’s equity all at once, leaving the city without additional resources to invest in other projects.

“Leverage at a high level is very similar to driving fast; you get to places faster but there’s more risk in doing so,” Habibi said.

Both city managers say now is the perfect time to begin construction because the recession is seeing construction bids come in lower than before.

Habibi agrees. The time is almost exclusively ripe for public sector construction projects, Habibi said, because it doesn’t involve the risk that retail centers have with having to rent out newly constructed property.

“There’s not as much there to be worried about,” Habibi said. 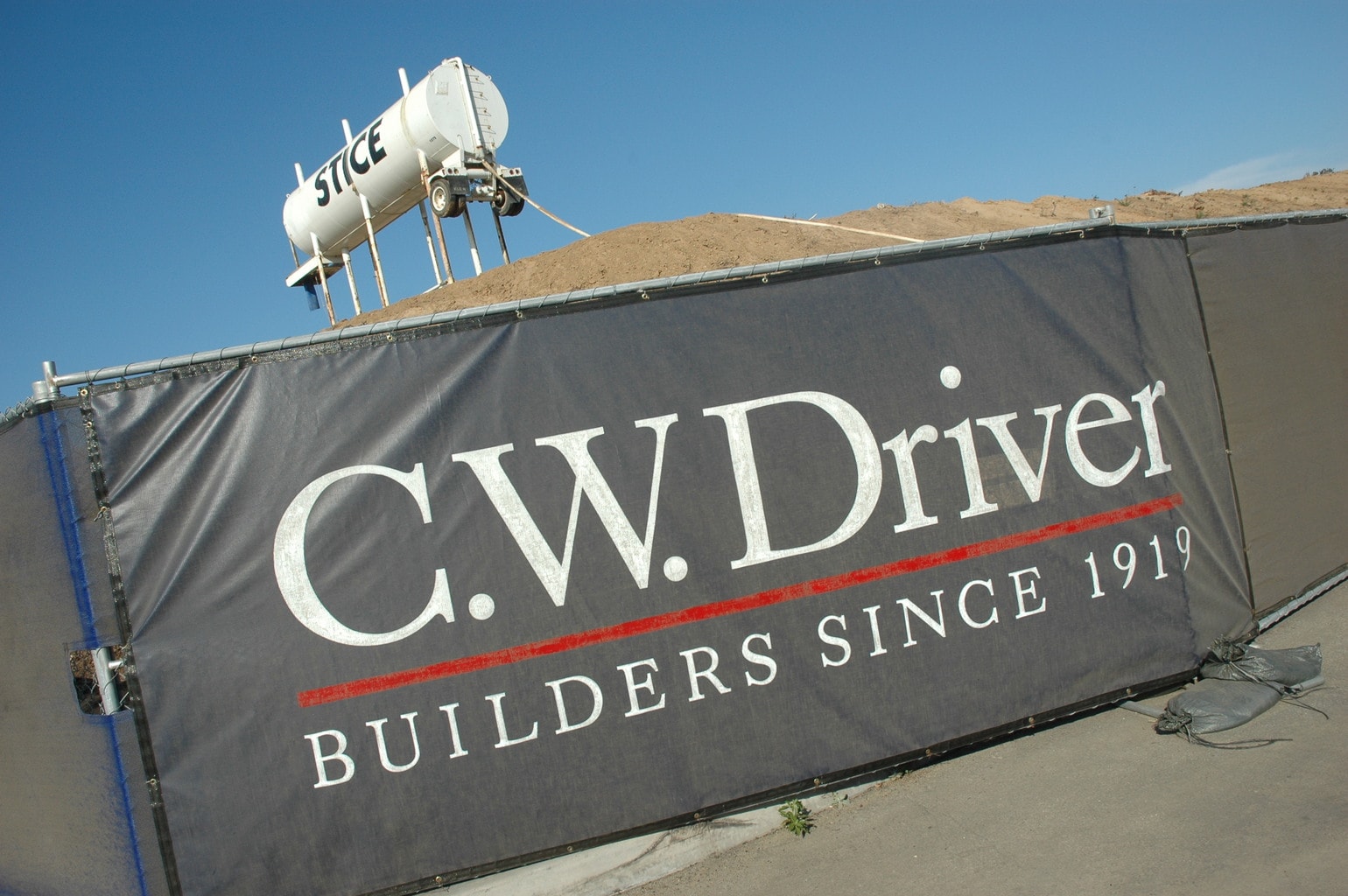 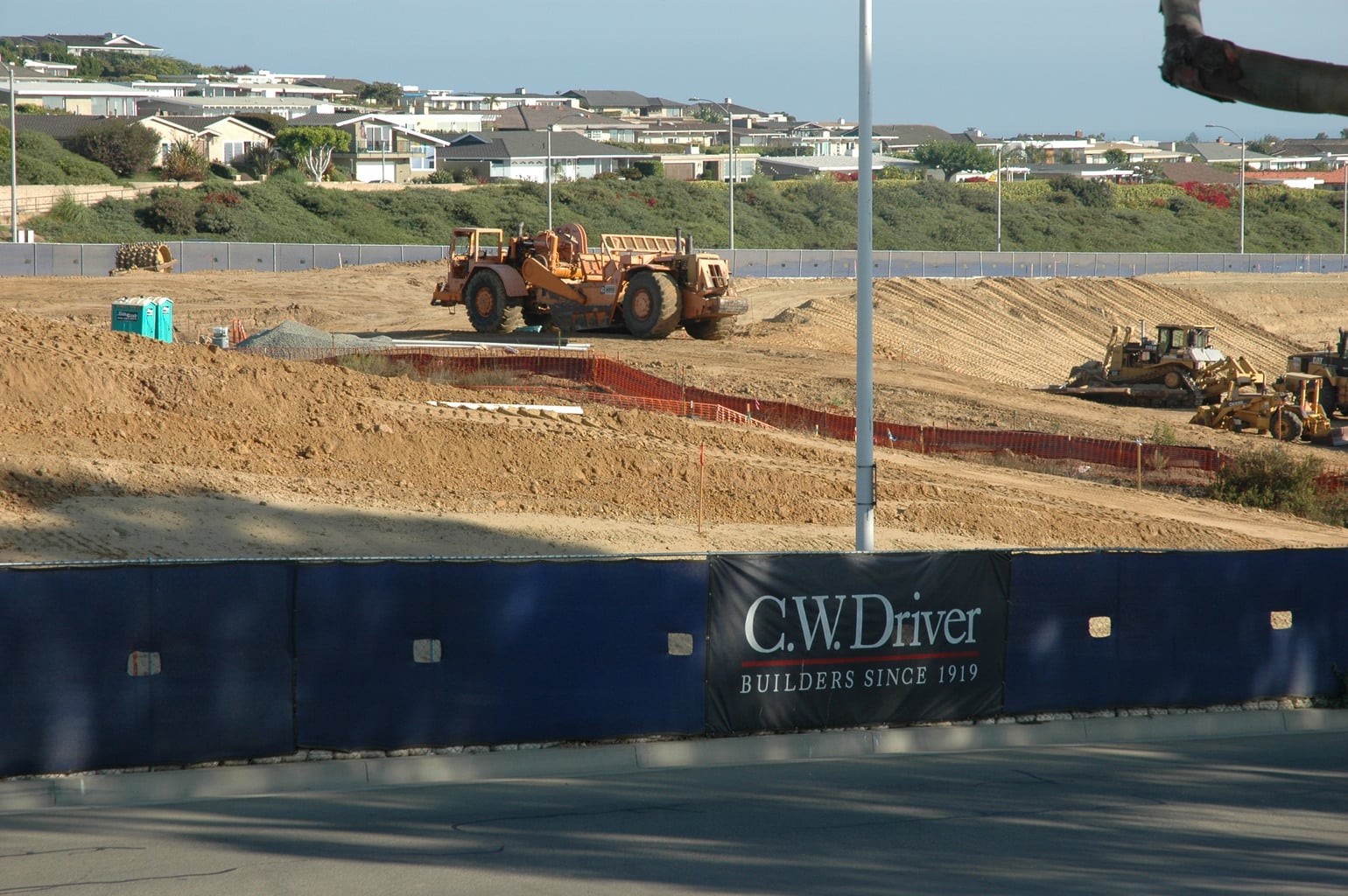 Newport Beach plans to have park space, including a dog park; a restored wetlands; and over a mile of walking and viewing trails at its new City Hall. Construction began in May. (Photo by: Adam Elmahrek)