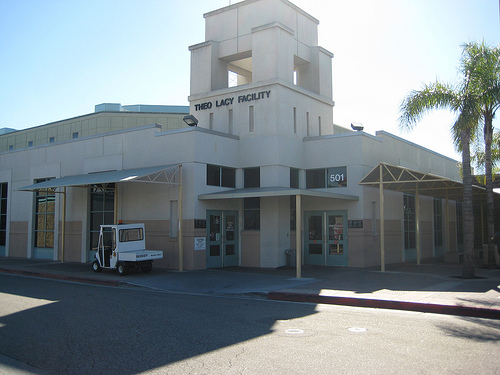 Monday, September 27, 2010 | Officials throughout Orange County government and local labor unions are scrambling to figure out what Orange County Superior Court Judge Kazuharu Makino meant on Friday when he issued an injunction aimed at halting the replacement of sheriff’s deputies with civilian guards at the county’s jail facilities.

It won’t be easy.

Just after Makino’s order on Friday afternoon, county officials left the courtroom baffled and said they weren’t sure how to interpret — much less implement — his mandate. Even the deputies union’s attorneys, who sought the court action, didn’t seem clear on what they had won.

Makino issued a preliminary injunction requiring the county to return to the staffing levels of July 30, the day the county sent out a memo detailing some changes in job duties between deputies and the correctional assistants at Theo Lacy jail in the city of Orange.

Makino set a December trial date for the case.

Senior county officials reached over the weekend said they were hard-pressed to understand how to execute this order. Especially difficult, they said, iss figuring out which employees will, and which won’t, be affected.

What is clear is that the judge’s order signals the end of a yearlong silence on the pilot program in Orange County in which civilian workers — who are paid less than sheriff’s deputies — have been slowly introduced at the jails.

Officials from the county’s largest civilian labor union — which represents civilian jail workers — doubts the judge’s order can even be enforced because it crosses the line into their own labor agreements with the county.

“The judge’s action has forced a meet and confer obligation on the county [government] with respect to the members who we currently represent,” said Nick Berardino, general manager for the Orange County Employees Association. “And failure to do that is adjudicated in a completely different venue than the courts: the state Public Employment Relations Board.”

Berardino added: “If the county does anything to negatively impact our members without conferring, we’ll take swift and immediate action,” he said.

The use of civilian guards at Orange County jails began last year as part of a reform package introduced by Sheriff Sandra Hutchens following the 2006 jail beating death of inmate John Derek Chamberlain.

Hutchens — also under pressure to keep trimming her budget — has told county supervisors that the department could save taxpayers millions each year by having civilians make up as much as 35 percent of the jail workforce.

Yet many policymakers say that a transition to more civilians in the jails faces serious obstacles, most notably the political clout of the Association of Orange County Deputy Sheriffs.

Deputies union President Wayne Quint said he’s tried to get the department’s ear on civilian guards for more than a year with no luck. That has led many officers to believe the department is trying to quietly phase out deputies.

“On this issue, she [Hutchens] has failed miserably,” Quint said.

Hutchens has moved slowly on introducing civilian jailers with only slightly more than two-dozen civilians working as guards in the jail system. Another 30 workers are scheduled to soon graduate an academy and enter the jail workforce.

Quint said Hutchens’ administration has told them they won’t negotiate because there are no impacts.

“We’ve never been opposed to custody assistants,” Quint said. “All we’ve ever asked the County of Orange to do is negotiate with us in the matter.”

And at first, it seemed that Judge Makino agreed.

“This has been going on since January,” he said.

Yet the deputies union argued that county officials hadn’t been filling jobs at first. Now, they are eliminating sheriff’s deputy positions and replacing them with civilians.

Indeed, there has been a county policy, officials told the judge, for more than a year that the only way to promote up from a Deputy One post to a Deputy Two post was by transferring from the jail to patrol division.

The deputies union unsuccessfully sought to prevent the department’s discretion in encouraging patrol over jail work back in 2008.

Yet she agreed things are in flux and there are no guarantees. “The staffing and how each position will be utilized is changing,” she said.

But because the deputies union had been silent on identifying impacts, Maksoudian said, the county is no longer obligated to meet and confer. That’s where the judge disagreed. He decided to try to hold the status quo until the issue got into a trial.

When Maksoudian challenged Makino about the injunction, saying it could jeopardize jail safety, the judge became visibly irritated.

“This is money at issue,” Makino said, noting his decades of public service and knowledge of politics. “Just say this is a money issue. … Don’t’ say this is a safety issue.”

He then told Maksoudian that this decision is a temporary bandage.

“Aren’t you going to the courts of appeal? This is just a preliminary step anyway,” he said. “I’m just laying the groundwork. They’ll make the decision as to what happens here.”

Please contact Norberto Santana, Jr., directly at nsantana@voiceofoc.org. And add your voice with a letter to the editor.