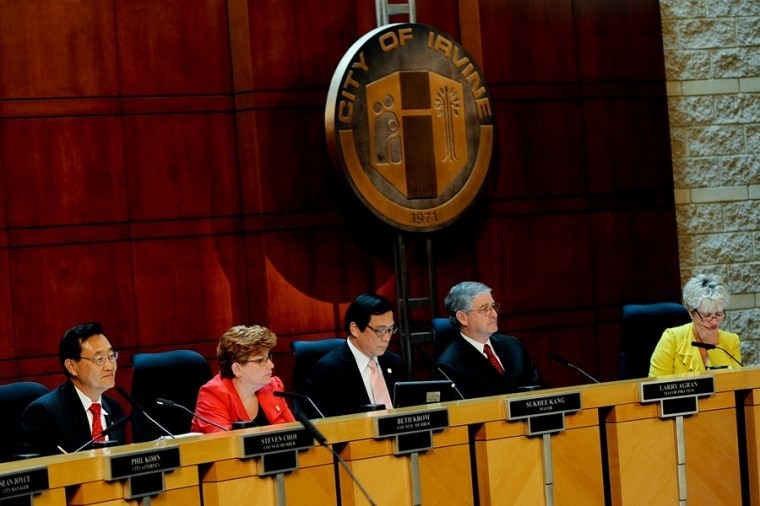 A legal threat from the First Amendment advocacy group Californians Aware was enough to convince the city of Irvine that its email policy — which mandates that all emails to and from the city be destroyed after 30 days — needs to be revamped.

Irvine’s current email destruction policy, which was first reported on by Voice of OC, is “clearly illegal,” McKee wrote in an email at the time.

The Voice of OC story revealed wide inconsistencies among Orange County cities and their handling of emails. Some cities destroy emails after 30 days, some after 90 days. Some have no policy at all.

Most are violating the state’s law on records retention and the law governing public records, known as the California Public Records Act, according to CalAware attorneys.

After the story, a CalAware attorney sent letters to the cities of Irvine and Huntington Beach threatening a court order to cease the destruction of emails.

The city’s email policy has not been changed since 2002. And though Joyce maintains that the policy is legal, he said a review was “certainly timely.”

“We had a very constructive discussion on an issue of interest to us both,” Joyce said. “We agreed on every point discussed.”

Joyce and Apodaca, McKee said, asked for a couple of months to craft a new policy. McKee said he would be meeting again with them when they are ready. “I was pleased,” McKee said. “They’re looking forward to producing something that they can share with other agencies.”

McKee said Irvine has shown to be “ahead of other agencies already” because of amenities like having a room ready at all times for the public to review public records.

“That shows a commitment to the public greater then I’ve seen — not that other agencies wouldn’t do it, but these guys have the money,” McKee said.

McKee said he is still waiting to hear from one of his attorneys about the response from Huntington Beach. I will be reporting more on that soon.