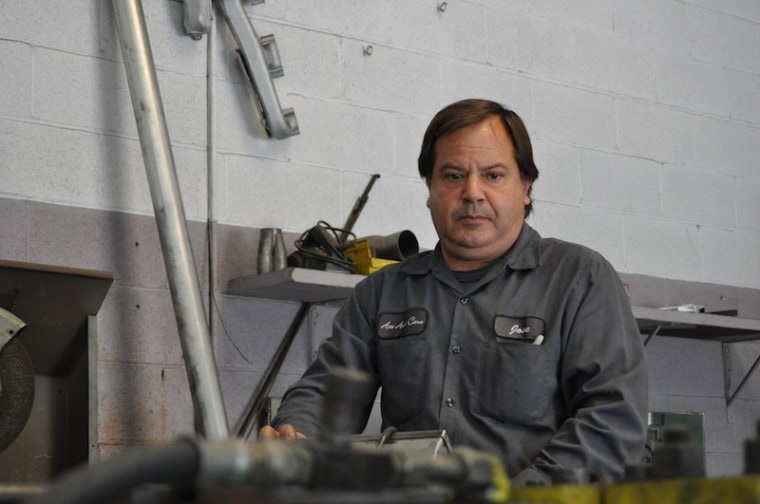 Tuesday, February 8, 2011 | In December, 36 downtown property and business owners signed a petition in protest of the city’s downtown assessment tax.

The vast majority of the signers, which has since grown to 45, are in similar straits. They are struggling small business owners who feel they get little benefit from Downtown Inc., the marketing organization that the assessment tax funds.

However, one name stands out on the list. Jose Pulido.

Pulido, who runs the family’s auto care shop on First Street, is at odds on the issue with his older brother Miguel, who happens to be mayor of Santa Ana and a vocal supporter of Downtown Inc.

If Jose is uncomfortable with this reality, he doesn’t show it.

Jose, like other property owners who signed the petition, says the tax is overly burdensome. He says his property tax bill has doubled since the assessment was levied.

Miguel says he can’t comment directly on the assessment tax because his partial ownership of the auto care shop presents a potential conflict of interest. However, in the past, he has sung high praises for Downtown Inc.

“Tell this council what you want to do, and you’ll find this council will be very supportive,” Miguel said at a recent council meeting. “We’re your friends, your cheerleaders and your partners. Your success is our success.”

Jose also criticized the way the assessment district was passed and says that, if the tax were put to a re-vote and all the property owners were properly informed, it would fail.

Jose said he doesn’t even remember receiving the ballot in the mail. “I would have voted no right away,” he said.

The decision to sign the petition, Jose said, has put a strain on his relationship with his brother. But Jose said he’s not worried about it.

“You don’t always see eye to eye on everything — but that’s family,” Jose said.

Indeed. This isn’t the first time the brothers have been on opposite sides of a political issue.

When Latino activist and former Santa Ana Unified School District board member Nativo Lopez staged a protest many years ago outside the family’s auto care shop, Jose was upset with Lopez. Jose placed a stereo on the shop floor, turned it up to full volume and blasted the protestors with the drowning sounds of the band AC/DC.

But a short time later, Jose saw Miguel shake the hand of Lopez. When Jose asked his brother how he could be shaking hands with someone who was hurting the family business, Miguel shrugged.

“That’s what you have to do in politics,” Miguel told his brother. The incident explains why Jose can’t fellow in Miguel’s footsteps. “Well, that’s why I can’t be a politician.”

Unlike Luis Pulido, another brother of Miguel’s who took a post with the Air Quality Management District, Jose said he wouldn’t take a government job from Miguel and wants to stay far away from politics.

But sometimes, like now with the assessment tax, Jose feels he has no choice but to engage.

Bob Stewart, president of the board of directors for Downtown Inc., said he hasn’t met Jose yet, but said it was important for property owners like Jose to realize what Downtown Inc. brings to the table. Stewart pointed to the security guards as one of the major benefits of the district.

“Since we’ve really beefed our security efforts in the downtown, those crooks have been going elsewhere,” Stewart said, referring specifically to the recent spate of “smash and grab” jewelry thefts.

But Jose says the times are too tough to have to deal with extra taxes, and the auto shop is actually hit with a competitive disadvantage already. Since Miguel is the mayor, the shop is banned from working on city vehicles.

In fact, that’s one of several headaches of having a mayor for a brother, Jose said. “About the only benefit” Jose says he’s ever experienced is a few times where he got out of traffic tickets.