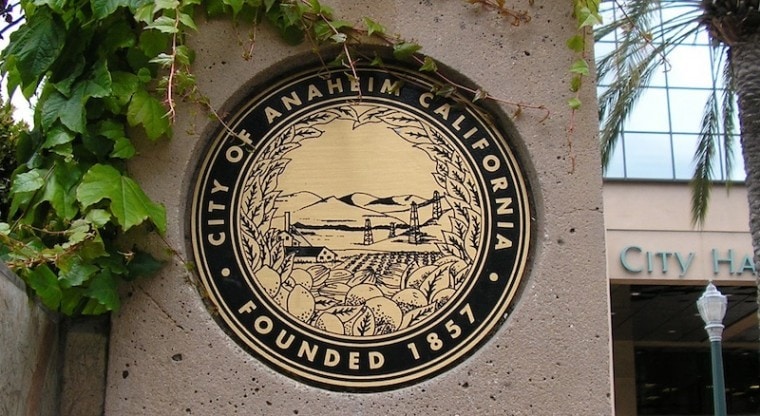 Ahuna was the city’s contract plan check supervisor from April to October 2008. During that period, and in the months immediately before and after, Charles Abbott Associates billed the city $103,441 for plan review work, according to the invoices.

The disclosures regarding Ahuna come on the heels of revelations that during a two-year period Anaheim outsourced most of its plan check work to a firm owned by Scott Fazekas while Fazekas was under contract as the head of the city’s building division. Fazekas resigned his post earlier this month after a Voice of OC story revealed the potential conflict.

A good-government expert said the two situations indicate a troubling trend in the building division and show that the city is not doing enough to safeguard against conflicts of interest.

“I don’t know if two is a pattern, but it shows to me a little inattention to the potential of conflicts. If you see it once — and you see it twice — there may be more,” said Tracy Westen, CEO of the Los Angeles-based Center for Governmental Studies.

In response to the revelations about Fazekas, Planning Director Sheri Vander Dussen issued a directive to distribute the plan check work more evenly to the plan check firms.

“It is possible he [Ahuna] did outsource plans to CAA [Charles Abbott Associates] to meet the City’s established turnaround times,” wrote city spokeswoman Ruth Ruiz in an email to a Voice of OC reporter. “Because he was at City Hall, he was able to work directly with applicants and internal staff, resulting in better customer service.”

In a memo to City Council members and City Manager Thomas Wood, Vander Dussen wrote that Ahuna “did perform some plan checks” and also “provided technical support to our staff members and performed some supervisory tasks.”

The memo acknowledges that the city wasn’t “outsourcing much plan check work to other firms” while Ahuna was plan check supervisor.

If Ahuna was outsourcing plan check work to the company that employs him, then it is a worse conflict of interest than Fazekas’ situation, Westen said. Fazekas and the city took steps to prevent the appearance of a conflict, including a clause in Fazekas’ contract prohibiting him from directly participating in outsourcing decisions.

Fazekas’ company billed the city for at least $18,954 in building plan review work between his appointment late in 2009 and June of this year, according to city records. During that period, Fazekas’ firm received 80 percent of the city’s outsourced plan review work.

Fazekas said others in the building division made the decisions to send plan check work to his firm. “I wanted to make sure there wasn’t a perception of exactly what you’re talking about,” Fazekas said previously. “We specified that I would have no involvement.”

There seems to have been no such effort in Ahuna’s case.

“If you give a city employee or a city contractor the power to hand out city money, you want to make sure he’s not handing out the money to his own firm,” Westen said.

Ahuna was plan review supervisor while also doing plan review work. The double duty is another apparent conflict, Westen said. Ahuna would have been under pressure to look more favorably on the work his company was doing than that of an independent contractor, Westen said.

Mayor Tom Tait and Councilwoman Lorri Galloway said they hadn’t seen the memo from Vander Dussen and weren’t aware of the situation regarding Ahuna. Galloway said she didn’t know about Fazekas’ resignation, nor did she know about his potential outsourcing conflict.

Tait declined to comment on this article, but when he was previously asked about Fazekas’ resignation, he said the city needed to be concerned about public perceptions of conflict of interest.