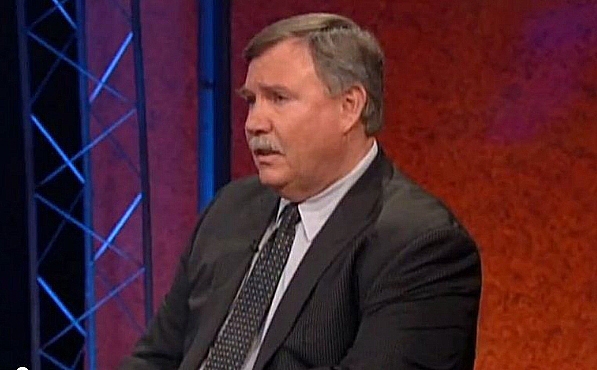 Wednesday, Oct. 19, 2011 | Fullerton City Councilman Bruce Whitaker says he now has “every reason to believe” there has been a cover-up within the city’s police department in the Kelly Thomas beating case, though he adds he “can’t prove it at this point.”

In an interview with PBS SoCal scheduled to air Thursday, Whitaker said the internal information he has received about the beating has been “extremely misleading” and “might be an intentional misrepresentation.”

He added that he suspects much of the inaccurate information was based on “false police reports based on the six officers involved.”

“I told the city manager that I’m angry that we’ve been lied to internally and that I can’t rely upon official sources of information. And I said there needs to be a consequence for that,” Whitaker, who is an aide to Assemblyman Chris Norby, told PBS SoCal reporter David Nazar.

The Fullerton Police Department has faced sharp criticism in the aftermath of the July 5 beating of Thomas, a mentally ill, homeless man. Thomas died of his injuries five days after the incident, which involved six officers.

There are two ongoing investigations into the Fullerton Police Department, one by the FBI’s Civil Rights Division and another by former civil rights prosecutor Michael Gennaco, who was hired by the city.

Pat McKinley, a current Fullerton city councilman, defended his record as Fullerton’s police chief, a position he held from 1993 to 2009.

McKinley added that he’s proud of the police department and confident an investigation by Gennaco won’t find a pattern of the police administration turning a blind eye to officer abuses.

The former police chief also believes officers Ramos and Cicinelli had no intention of killing Thomas.

“I can guarantee neither of these officers intended for Kelly Thomas to die,” said McKinley. “Obviously they were over the top as far as their control of Kelly, but they had no intention of murdering him.”

You can reach Nick Gerda directly at ngerda@gmail.com.