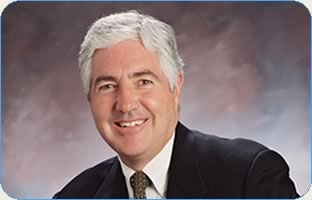 City Council members want to move “in a different direction regarding the management of the city,” according to the release. The council offered Wood “the opportunity to resign” during the closed session portion of Tuesday night’s council meeting, the release stated.

Wood’s resignation comes after the City Council voted last month to slash Wood’s contract and purchasing authority from $250,000 to $100,000.

Wood’s is the third departure of a high-level Anaheim official since Voice of OC investigations raised conflict of interest questions regarding its building division.

Fazekas’ contract fell within Wood’s signing authority and never went to the city Council for approval.

Another contract in recent years that fell within the city manager’s signing authority was one with alleged con artist Chaz Haba to run a lithium-ion battery station near a children’s playground.

The experiment failed, and the battery station that Haba’s firm had been running was left in an explosive state, according to David Nyberg, the company’s former director of engineering. The battery station has since been shut down.

City officials couldn’t immediately be reached for comment, but in the city’s news release Mayor Tom Tait thanked Wood for “his many years of service to the people of Anaheim.”

“I know that everyone in the city — council members and city staff — wishes Tom the best of luck in his future endeavors,” Tait said.

Wood was employed by the city for 20 years and appointed city manager in 2009.

In a statement to employees, Wood claimed credit for leaving Anaheim with a balanced budget and historically low crime rates.

Then in a veiled reference to Voice of OC’s coverage, he said: “Recently, I have seen critics receive additional platforms from which to criticize.”

Wood will receive six month’s salary as severance pay per his contract with the city, according to the release. He will continue to receive retirement credits amd medical, dental and life insurance benefits through June 2012.