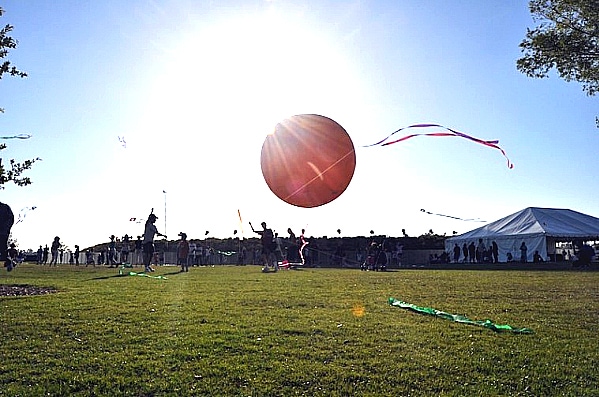 The decision has sent cities throughout the state scrambling, but few have as much to lose as Irvine.

The 1,300-acre metropolitan park is by far Orange County’s largest redevelopment project. Master designer Ken Smith envisioned, among other amenities, a canyon, a wildlife corridor and a man-made lake.

A city memo released last year estimated that the governor’s plan could eliminate $1.4 billion — possibly much more — in tax increment revenue for the park.

The Great Park sits atop the 4,700-acre Marine Corps Air Station El Toro, which was shuttered in 1999 as part of the nationwide Base Realignment and Closure program. Great Park CEO Mike Ellzey has described transforming military bases like El Toro as nearly impossible tasks without redevelopment.

“Otherwise how does it happen? How can it possibly happen?” Ellzey said last year. “It’s hugely challenging.”

State legislators from Orange County are looking for a solution, and park and city leaders seem confident that they will find one. But legislators are not guaranteeing a fix. There are no solid alternatives in place if redevelopment revenue disappears.

“I think we’re OK, and how we proceed with what tools and at what pace is a conversation that will continue to unfold,” said Beth Krom, an Irvine City Council member and chairwoman of the park’s board of directors.

She added that there have been no “officials discussions” regarding alternatives to build the park.

Construction of the park has been dependent upon revenue generated by the adjacent development of nearly 5,000 homes. The plan, a typical redevelopment agency strategy, was to fund the park with tax increments, the increase in property tax revenue projected to come from the housing development.

The park is already short of cash. Total expenditures for this fiscal year are projected at nearly $20 million, but revenues, which come from sources like land leases, are estimated at just over $9 million, according to budget documents. The park’s fund balance at the end of the fiscal year is projected to be $10.7 million.

Other funding sources are being considered, though it is unclear whether they will even come close to the amount that would be generated by a redevelopment area.

The park’s board last year approved a contract with San Francisco-based Strada Investment Group to generate public-private partnership deals to produce new revenue for the park. That $25,000-per-month contract was criticized by Councilman Jeffrey Lalloway because it never went out to bid.

The Orange County Register reported last year that park leaders were mulling over the sale of public land to help pay for the park.

Councilman Larry Agran has also been urging Great Park Neighborhoods developer Heritage Fields and the local school district to relocate a planned high school next to the park. Park leaders then might tap state money for sports facilities to be used by both the high school and the park. The City Council is scheduled to discuss the possible relocation Tuesday.

The message from park leaders that they have no alternative plans contrasts sharply with statements Agran made last year. Agran, a former chairman of the park’s board of directors, told Los Angeles Times columnist Jim Newton that the board had both a “plan B and a plan C” should the ax fall on redevelopment.

Agran never specified those plans, and other board members said they didn’t have any knowledge of such alternatives. Agran didn’t return a phone call from Voice of OC seeking clarification.

State legislators are proposing a bill that would extend the Feb. 1 deadline for cities to dissolve their redevelopment agencies, the first step in a wider legislative strategy to replace redevelopment with a new program, according to Tony Cardenas, regional public affairs manager for the Orange County division of the League of California Cities.

“If that deadline transpires and there’s no new mechanism, then redevelopment will just cease to exist, period,” Cardenas said.

There is hope that the Legislature will work something out with the governor, because so many affordable housing programs in the state will be severely hobbled by the elimination of redevelopment.

There is a consensus among supporters and critics of redevelopment that military base conversions aren’t prone to some faults of other redevelopment projects. Eminent domain, the legal process by which governments forcibly acquire private property, is one tool that isn’t a factor in redeveloping military bases.

“I would hope that we use this opportunity to fix the significant problems with redevelopment — the eminent domain overreaches that redevelopment agencies and and cities were guilty of,” said Assemblyman Don Wagner, (R-Irvine). “But I don’t want to shut down opportunities to, for example, recondition bases up and down the state.”

Will new ideas to salvage certain redevelopment tools include a special funding source for rehabilitating military bases? Solorio says it hasn’t been part of early discussions, but he also said that military bases would be “in the mix.”