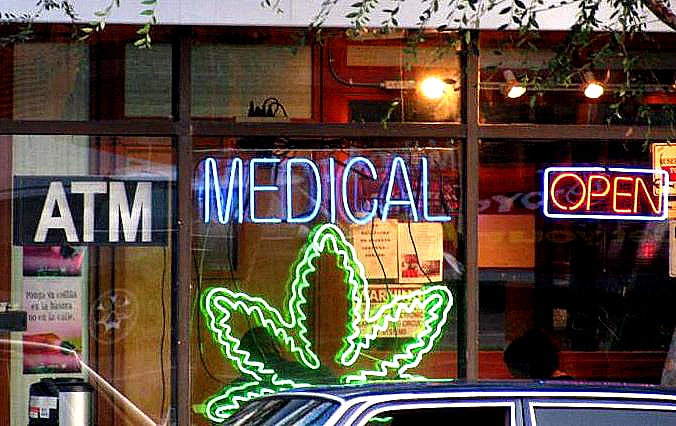 The decision to send the October letter, which preceded a federal crackdown on the dispensaries last month, was made “as part of litigation and in closed session,” said city spokesman Bill Lobdell, referring to an exemption in the open meetings law known as the Ralph M. Brown Act.

But the council was prohibited from making any decisions about the letter — or even discussing it — in closed session while under that Brown Act exemption, according to Francke, who is the general counsel of Californians Aware, a statewide First Amendment advocacy organization.

“It contains no privileged or legally sensitive information, and the discussion and decision to send it does not qualify as one for a closed session concerning litigation,” Francke said after reviewing a copy of the letter.

“The purpose of that closed session is to allow the council to talk to the city attorney about the progress of a certain case,” said Francke. “It is not to conceal initiatives to represent the city’s position to federal authorities.”

Responding to Francke’s assessment, Tom Duarte of the Jones & Mayer law firm, who is also the city attorney, wrote in a statement that “the closed session item regarding existing medical marijuana litigation was properly noticed and placed on the Oct. 18, 2011 City Council agenda.”

He added that “no reportable action was taken” and the letter was consistent with long-standing city policy.

Francke, however, said the issue is not whether the letter was in line with existing policy but whether it was lawful to discuss the letter in a closed litigation session.

“The test is whether discussing the matter in open session would, in the words of the Brown Act, ‘prejudice the position of the agency in the litigation,’ ” he said. “Obviously that’s not the case here.”

In reaction to the crackdown, more than a dozen medical marijuana supporters spoke at this week’s City Council meeting, pleading with council members to allow the shops to reopen. Several said they had chronic pain, insomnia and other medical issues that have been greatly eased by marijuana use.

After the federal raids, some of the marijuana shop owners and customers suspected that the crackdown was prompted by an invitation from the City Council. Their suspicions appeared to be confirmed when the Orange County Register first reported on the letter earlier this week.

The Oct. 26 letter was signed by Duarte and sent to U.S. Attorney Andre Birotte Jr., the top federal prosecutor in Southern California.

“We are writing this letter on behalf of the city council and the City of Costa Mesa to request your office’s assistance in shutting down twenty-seven illegal medical marijuana dispensaries in our city,” the letter said.

Duarte wrote in the letter that the city was “expending significant resources” fighting lawsuits to enforce a city ban on the collectives. Costa Mesa has spent more than $450,000 fighting five ongoing lawsuits related to pot dispensaries, according to Lobdell.

But Francke insists that a city council’s decision to call for federal help in situations like this is “an alignment and escalation that at least deserves prior public attention and discussion.”

“The repercussion, if any,” Francke said, “is that residents will need to monitor this council’s use of closed sessions much more carefully if they want to, in the words of [the] Brown Act, ‘retain control over the instruments they have created.’ “