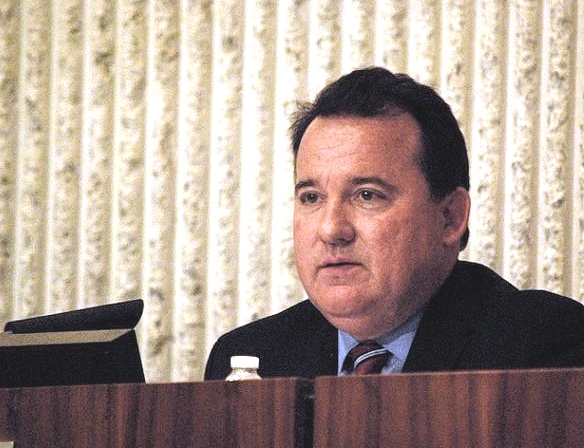 The Costa Mesa City Council majority made it clear Monday night that it is moving ahead with plans to place a proposed city charter on the June ballot, despite pleas to slow down the process from union representatives, a fellow council member and some residents.

The charter was first proposed in early December, and the final language is set for approval early next month.

Councilwoman Wendy Leece’s motion to instead place the issue on the November ballot drew applause from the large audience. But her effort died when no other council member seconded the motion.

Leece is the council’s sole minority vote against the majority’s plans to outsource numerous city services.

As was the case in the first hearing last month, most who attended the hearing expressed a desire to slow the process and allow more time for deliberation on the proposed charter’s language.

The current draft charter would remove limitations on outsourcing, prohibit union dues from being spent on political activities, require a citywide vote in order to increase workers’ retirement benefits and prevent the city from requiring payment of prevailing wages on construction projects unless they’re required by law or approved by the City Council.

The charter push follows a legal challenge to the majority’s efforts to remake the city’s government largely through outsourcing.

“I don’t understand the urgency of a document that is in reality going to become the constitution of Costa Mesa,” said resident Jay Humphrey. “I think it takes a little bit more time to make sure that you are putting the proper checks and balances into the document. … I see this being rammed straight down our throats.”

Former Costa Mesa Councilwoman Katrina Foley said there is no reason to place the issue on the June ballot. “If you truly want to represent the people, you would allow a vote to take place [in November] when the most people are voting.”

In response, council members again defended their timeline as a means to help put the city’s finances on track as soon as possible.

“What is this all about? Part of it is about the city having the tools to be able to get the financial house in order,” said Councilman Jim Righeimer.

In the past, Righeimer and other members of the council majority have referred to a projected budget deficit — which turned out to be a surplus — and the city’s unfunded pension liability as reasons for their urgency.

On Monday, however, they centered on overdue maintenance to the city’s infrastructure.

On March 6, the council is expected to both finalize the charter’s language and place it on the June primary ballot.