A year later it is still difficult to fathom. Huy Pham — a Costa Mesa maintenance worker whom friends and co-workers described as caring and talented — climbed atop City Hall and jumped to his death after being called in for a layoff notice.

Pham’s death was a tragic turning point in a battle between Costa Mesa’s City Council majority and its employees union over an unprecedented move by the city to issue layoff notices to nearly half of its 472 employees.

In the course of a single day, a local skirmish became a flashpoint in a national effort by the Republican Party against public employee unions. In the weeks that followed, Costa Mesa descended into a cauldron of accusations and negative attacks from both sides.

While the national attention has since faded, the tension and distrust among Costa Mesa’s residents, city employees union and City Council remain high. And the outsourcing efforts are at a standstill, blocked by a temporary court order.

City officials spent $400,000 to have the law firm Jones Day twice try and fail to lift the court order. Another $375,000 has been authorized for consultants Management Partners and new spokesman Bill Lobdell.

Late last year after another failure in the courtroom, the council majority began a push to put a city charter proposal on the June primary ballot. If Costa Mesa became a charter city it would have far more latitude to outsource than it does now as a general law city.

From the beginning, the council majority has painted a daunting picture of the city’s fiscal situation as justification for the outsourcing plan. A year ago, council members said the city was facing insolvency by the end of 2011. But rather than becoming insolvent, the city ended that year with a $3.8-million budget surplus.

There was also controversy over the actual amount of the city’s unfunded pension liability. Councilman Jim Righeimer, who has become the face of the city’s outsourcing push, routinely states that the unfunded liability stands at around $221 million, but the official figure from the California Public Employees’ Retirement System is closer to $134 million.

Nonetheless, the City Council majority stands firmly behind its approach, even when the actual numbers don’t match their predictions. Now they argue that privatization is needed so the city can devote more resources to fixing overdue infrastructure and managing its long-term finances.

“A budget surplus does not address unfunded liability increases and does not address the five-year capital needs,” said Councilman Steve Mensinger. “There’s the same level of urgency for structural change, which will ultimately help us avoid becoming Stockton, Calif., or Vallejo or any of the other cities that are now emerging as candidates for bankruptcy.”

He added, “I think we’ll emerge as a prosperous city with a balanced budget while other cities are still climbing out of the hole, if they ever get out of the hole.”

But a year after the layoff notices, it also remains unclear how much money, if any, the city would save by outsourcing. “I don’t have specific numbers, but I suspect that it’s going to be in the millions of dollars,” said Mensinger.

Union leaders continue to say that the city should know by now how much outsourcing would save.

“They still, a year later, have not done a financial analysis that shows that this entire scheme will save them any money,” said Jennifer Muir, spokeswoman for the Orange County Employees Association. “There are so many positive things that the community and the employees could do if we all worked together.”

Mensinger lays blame for the city’s “imbalance” with union leaders who were “looking at the benefits of [their] members over the benefit to the long-term health of the city,” along with the elected leaders who agreed to labor contracts. He says he doesn’t blame the employees themselves.

Many city residents say they aren’t opposed to evaluating proposals and potentially contracting for some city services. But in looking back at the 12 months since the layoff notices went out, they say the council majority’s approach has created more harm than good.

“In the economic times that we’re in, it’s prudent for any business … to look at ways they can save money,” said Sue Lester, a resident who ran for the City Council in 2010. “My problem is the whole way it was done. It was done completely backwards.”

The right way to do it, Lester says, is to look at each department individually instead of 18 at once, as the council did, and proceed in a measured way that shows respect for employees.

“I just think this whole thing could have been avoided if it was done a different way. And that’s what’s frustrating,” she added.

Councilwoman Wendy Leece, the only opponent of outsourcing on the council, said her colleagues were “moving too fast and trying to do too much” in a political effort to reduce the number of public workers.

“It was overreaching and unfair,” she said. “There was no budget crisis. We were not going bankrupt.”

Mensinger, who was the only member of the council majority to comment for this article, pointed to areas of improvement over the past year, such as passing a balanced budget, more efficient scheduling of police patrols, eliminating an expensive police helicopter program, the creation of an economic development director position and an initiative to increase transparency.

The elimination of the helicopter program alone will save the city a little more than $1 million per year, he said. Costa Mesa now leases helicopter time from Huntington Beach.

As for the outsourcing efforts, Mensinger says the likely outcome of seeking contractor proposals will be a mixed bag. “Some [proposals] will make a lot of sense, some will make no sense and some [city] departments will have created their own efficiencies,” he said. “I think that’s what you’ll find at the end of the day.”

One of the major impacts of the ongoing layoff notices, according to the head of the city employees’ union, has been on workers’ self-esteem.

“The morale is terrible. You don’t know which way anything is going,” said Helen Nenadal, president of the Costa Mesa City Employees Association. “But going through this … we’ve gotten closer together as a city family, because we need to be there for each other.”

Nenadal also takes issue with the management positions that have been added at a time when employees could lose their jobs.

City leaders “say we have a budget problem and everything else, and they choose to hire these people, and that doesn’t sit well with employees,” she said.

Mensinger, however, said the new management positions were necessary to help the city “adapt to the changing realities of the economy.”

“I think the city has some great people, but it was in dire need of new leadership,” he said.

Mensinger also gave a different outlook on employee morale, saying many city workers are “happy in general that we’re addressing these issues.”

As the city faces an uncertain future, neither clear answers nor compromise appear to be on the horizon.

Soon after the city lost a second preliminary court decision in November in the outsourcing case, the council majority began an effort to place a city charter — essentially a city constitution — on the June ballot. If approved, the charter would allow the city to move forward with the outsourcing efforts, pending the lawsuit’s outcome. The council’s charter process also generated opposition from some residents, who said it was pushed through too quickly.

It’s not yet clear whether it will be decided during the primary election. The city missed the deadline for filing the measure and is now seeking a judge’s permission to move forward as planned.

But a campaign is already under way to defeat the measure, with an organized effort to support the charter also expected.

Councilman Mensinger is confident the measure will pass.

“No question, I am very, very confident that a majority of the community is ready and supports a charter, just like other cities,” he said. “How we govern our expenses and how we govern our delivery of services should be a local issue, period.”

Asked whether, looking back, he would do anything differently, Mensinger declined to be specific about how he’d change the approach but said the effort would ultimately be worthwhile.

Numerous residents have spoken at council meetings to express their concerns about the proposed charter. Many feel it grants too much power to local officials, such as exempting the city from state law on public bidding for contracts.

Beyond their criticisms of the charter, however, some residents say something greater has been lost in the council’s approach to remaking city government.

“I’ve never seen the city as polarized as it is right now,” said Robin Leffler, chairwoman of the anti-charter Costa Mesans for Responsible Government, which she says doesn’t accept contributions from unions, political parties or developers. “We have lost a lot of trust. We’ve lost the atmosphere in City Hall where citizens were respected even if we didn’t agree.” 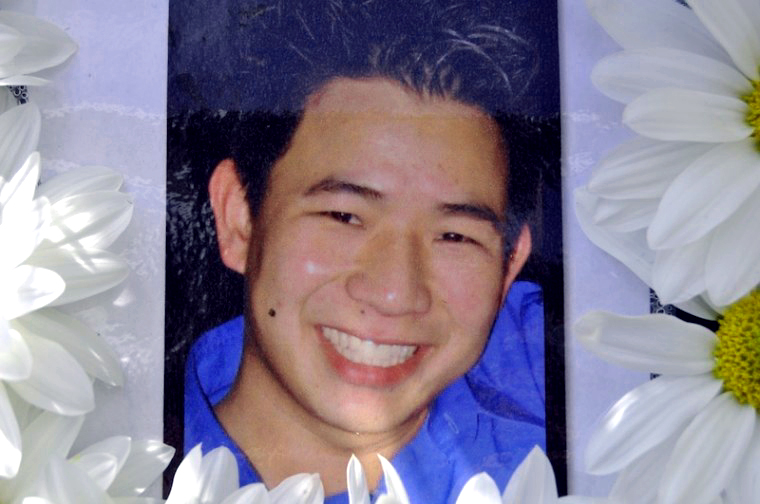