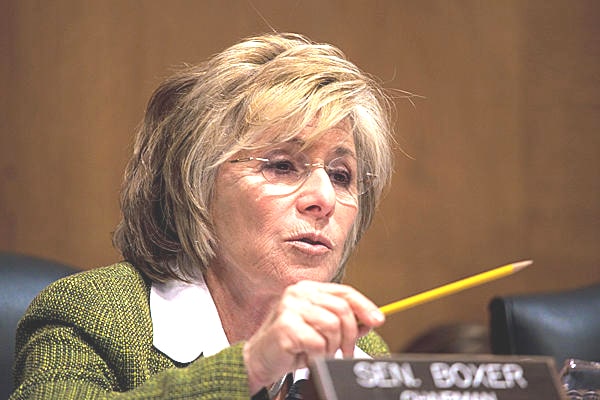 Boxer sent letters to the U.S. Nuclear Regulatory Commission and the plant’s operator, Southern California Edison, asking for all documents on regulators’ approval of design changes to replacement steam generators, which experienced a small radiation leak in January.

In the past couple months, “the media and others have raised concerns that design changes in the San Onofre replacement steam generators contributed to accelerated wear in tubes,” Boxer, one of the state’s two Democratic senators, wrote in her letter to the NRC.

“Please provide me with a written summary that describes NRC’s plans for establishing whether [Edison’s] replacement of the steam generators required a license amendment, as well as any documents related to the NRC’s review of the design change.”

She asked that the records be delivered to her office by May 21.

Boxer’s request came hours after Arnie Gundersen, a nuclear expert hired by an environmental group, issued a new report listing dozens of safety issues he says should have triggered a thorough independent review by the NRC.

It also follows an article published May 11 by Voice of OC regarding a key presentation that was still missing from its official meeting record a month after the agency said it couldn’t be found. The presentation focused on the level of federal scrutiny required for design changes.

The presentation was released by the NRC on Monday. NRC spokesman Victor Dricks hung up on Voice of OC’s call about Boxer’s request. Edison did not return the reporter’s calls.

For months, Gundersen has charged that the wear was caused by significant design changes to the generators in order to accommodate the addition of nearly 400 tubes in each of the four generators.

Gundersen also alleges the company misled the government about the changes in order to avoid a thorough independent analysis of their safety risks.

In a third report issued Tuesday, Gundersen states the changes should have tripped nearly 40 triggers, any one of which would require a thorough review of safety risks by the government.

More than a month ago, Gundersen noticed that a June 2006 presentation by Edison to the NRC on planned changes to the replacement generators was missing from the official meeting record. He asked the NRC to provide it. The next day, the agency replied that it couldn’t find it and would seek a copy from Edison.

Edison’s presentation covers six design changes but neglects to mention major design alterations that Gundersen says were responsible for the excessive tube wear. And, he adds, several of the changes that were not in the presentation should have triggered a much more thorough review by the government.

One of the changes was the removal of the stay cylinder, which Gundersen describes as “the main structural pillar” in the generator. That alteration, combined with other changes, created the vibrations and rubbing that caused excessive wear, Gundersen wrote.

“By claiming that the steam generator replacements were a like-for-like design and fabrication, Edison avoided the more rigorous license amendment process,” Gundersen wrote. “From the evidence reviewed, it appears that the NRC accepted Edison’s statement and documents without further independent analysis.”

In a written statement responding to Gundersen’s latest report, Edison repeated its contention that it “provided open and transparent information” to the NRC “at all times” during the approval process.

However, the company didn’t dispute any specific allegations raised by Gundersen.

In a statement, the NRC said Edison informed it of the generator changes “in accordance with NRC requirements,” the Associated Press reported.

At the same time, the NRC also says that it is reviewing the generator approval process to “ensure that [Edison] followed proper procedures.”