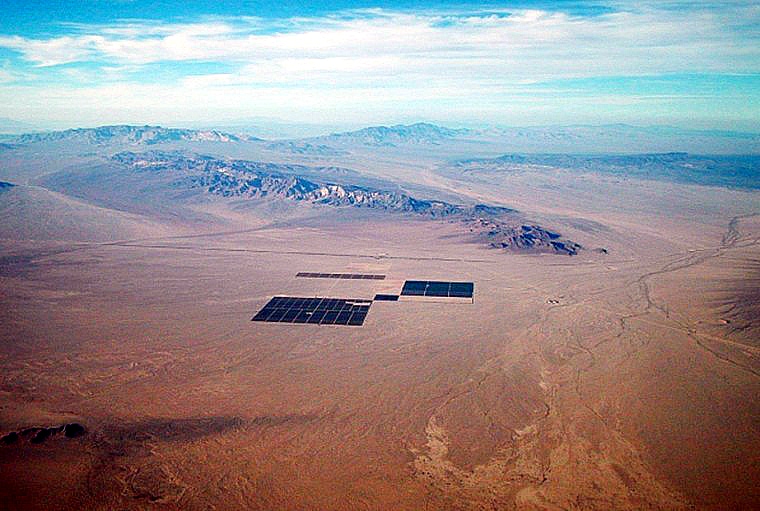 Questions are being raised over whether public officials at several Southern California water districts, including Orange County’s second largest, broke the law by meeting — and in some cases voting — in secret on a controversial project to extract water from the Mojave Desert.

The private Cadiz Valley Water Conservation, Recovery and Storage Project attracts both ardent supporters, who say it will provide a safe and reliable water supply in times of drought, and fierce detractors, who worry it will destroy a crucial desert aquifer that provides water for local residents and wildlife.

But while that debate now plays out on a public stage, many of the initial discussions by public agencies on this highly controversial project were behind closed doors away from public scrutiny, records show. And according to a leading open-government expert, the legal justification used to hold those talks in secret doesn’t appear to hold water.

Records indicate that eight Southern California water boards have discussed Cadiz in closed session at least 30 times since 2009, including two votes to authorize negotiations on the project. All were held under the real estate exemption to the state open-meetings law known as the Ralph M. Brown Act.

That exemption only allows discussion of price and payment terms regarding a change in ownership or possession of land or structures, according to Terry Francke, general counsel to the open-government advocacy group Californians Aware. He’s considered a top expert on the Brown Act.

But after requests, neither the Cadiz company nor Santa Margarita Water District, the most active district in the project, have pointed to any specific real estate that would change hands.

The district appears to be obtaining an option “to get a commodity in the future from somebody else,” said Francke. “So I don’t believe that qualifies” for discussion under the real estate exemption.

Santa Margarita, meanwhile, insists that the closed sessions were legal.

“We did not do anything that was unlawful,” said Michele Miller, a spokeswoman for the South Orange County district.

Santa Margarita commissioned an opinion on the topic by the law firm Best, Best & Krieger, which concluded that the closed-door discussions on water purchases are allowed because “water rights constitute real property.”

Francke disagrees with that notion, saying the exemption covers only land and buildings.

Regardless of whether the closed meetings were legal, the Cadiz project is expected to have far-reaching ramifications.

Cadiz presents its venture as a safe and reliable source of water that will also spur thousands of jobs and millions in tax revenue during four years of construction. A group of residents in the area around the project, however, are concerned about potential harm to the region’s aquifer, which serves as their water supply. Environmentalists have also expressed worries over impacts to desert animals like bighorn sheep and the desert tortoise.

Cadiz CEO Keith Brackpool is a politically well-connected British businessman who first proposed a version of the current project in the 1990s. Southern California’s main water agency came close to approving it in 2002 but scrapped its plans after an outcry from environmentalists and opposition from U.S. Sen. Dianne Feinstein.

The project lay dormant until Cadiz announced in June 2009 that smaller water agencies had formally shown interest in becoming involved. It now has three public and three private “confirmed participating water providers” and is undergoing a review of environmental effects.

The Brown Act requires that nearly all discussions and decisions by water district boards take place before the public during an open meeting. Only narrow, specific exemptions like personnel and legal issues may be discussed behind closed doors.

Separate from the legality of the closed sessions, questions also arise over whether top officials held policy discussions out of the public’s view.

According to meeting records, two of three districts now involved with Cadiz approved negotiations before ever publicly discussing why they are interested or what the project entails.

A “letter of intent” approved by Santa Margarita’s board in May 2009 states that the district and Cadiz plan “to develop a binding memorandum of understanding” that will “incorporate the above referenced economic terms,” which include water prices. Santa Margarita’s first public discussion on the project didn’t occur until a year after the board’s approval of negotiations, records show.

Because of this, Francke believes the board likely discussed policy issues in secret, a potential violation of state law.

“If they did not discuss it in closed session, they must have discussed it in a secret session somewhere or in a serial meeting,” Francke said. “That takes into the secret realm a preliminary phase of decision making that the public is entitled to hear and see.”

Serial meetings involve a majority of board members communicating, directly or indirectly, outside a public meeting on a subject under their agency’s jurisdiction.

Santa Margarita, however, asserts that its board had no presentation or policy discussion on Cadiz inside or outside an open meeting before approving the negotiations.

Approving the negotiations and intended agreement terms “was a preliminary step and a means to get the public and public policy discussions started,” the district declared in a written statement. “Before Cadiz or SMWD used resources to further review the proposed project and any policy considerations, both parties needed to know preliminary price and terms.”

“The idea that there was never any preliminary discussion of these policy issues — I guess people are entitled to believe whatever they want,” he said.

“Whether you’re talking about a car or a house or any other substantial and significant purchase or transaction, you don’t name the other party to negotiation, and then in closed session decide the policy issue of whether it’s a prudent thing to do and what are the advantages or disadvantages.”

Two members of Santa Margarita’s board, Roger Faubel and Saundra Jacobs, initially said they don’t remember whether the board held a policy discussion on Cadiz before approving negotiations.

Faubel and board members Charlie Wilson and Betty Olson later declined to elaborate on the thinking behind having the board approve negotiations before any presentation or policy discussion, as the district says it did.

“Why think about the policies until you know how much you’re going to pay,” Jacobs said before declining to comment further.

Debbie Cook, an environmentalist and long-time opponent of the Cadiz project, believes Santa Margarita has been discussing policy in secret — another closed session on Cadiz was held this past December — and that it goes against the concept of open government.

“They’re a policy making body, and they have held their policy discussion in closed session,” said Cook, who is the former mayor of Huntington Beach and a member of the Voice of OC Community Editorial Board. “So the public is completely eliminated from any discussion of this, and that is just counter to our democratic process.”

Clarification: This article has been changed to reflect that the Santa Margarita Water District commissioned an opinion from the law firm Best, Best & Krieger on the legality of closed-session meetings on the Cadiz Valley Water Conservation, Recovery and Storage Project. It has also been changed to reflect that Debbie Cook is a member of the Voice of OC Community Editorial Board. Cook was named to the board after this article was published.