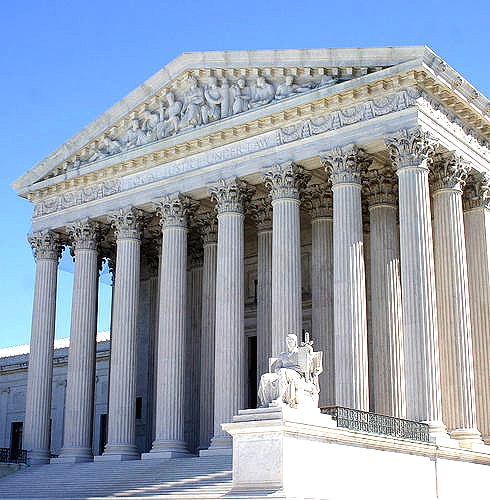 California’s bold embrace of the Affordable Care Act got a green light from the U.S. Supreme Court on Thursday, clearing the way for full implementation of a law that could provide health coverage for nearly 3 million uninsured state residents.

Although the court opened the door for states not to participate in a massive expansion of Medicaid, political leaders in California, which has been a national leader in promoting President Obama’s signature policy initiative, didn’t hesitate.

“It’s just full speed ahead,” said Assemblyman Bill Monning (D-Santa Cruz), chairman of the Assembly’s Committee on Health. “In other states, I’m sure, this will get picked apart and analyzed. This has no bearing in California, since we fully intend to participate and take advantage of the federal subsidy and support.”

The legislation is projected to make huge economic waves, bringing more than $10 billion a year to California in federal subsidies and spawning nearly 100,000 jobs, according to a study by the Bay Area Council Economic Institute.

The court’s ruling launches an 18-month sprint to implement all aspects of the Affordable Care Act, a process that will put huge pressure on both state and county governments in California. Beyond that, officials said they would also tee up a round of new legislation related to the law.

State Sen. Ed Hernandez (D-West Covina), chairman of the Senate Health Committee, said he will work on multiple fronts to expand the number of health care workers — enlarging medical schools, attracting medical residents to underserved areas and most controversially, expanding the scope of work that nurse practitioners and physician assistants can do. “Otherwise there’s no way we can address the workforce shortage” in time, he said.

Even as reform supporters celebrated, many officials urged caution, noting that Republicans are promising a repeal effort in Congress. Several pointed to the stark juxtaposition of the court’s ruling coming just hours after Gov. Jerry Brown signed a budget that will reduce state spending by hundreds of millions of dollars.

State Sen. Tom Harman (R-Costa Mesa), vice chairman of the Senate Health Committee, warned the Legislature against going beyond the federal law. “We don’t have the money to do that,” he said.

Some county officials also have expressed frustration with the pace of federal payments in an $8-billion program known as the Bridge to Reform, which has covered 360,000 patients so far. The program seeks to usher its patients to reforms even larger than Medicaid expansion set for 2014.

Recent projections indicate the health law would take a significant bite out of the state’s uninsured population — about 7 million people or one in five Californians. An estimated 1.2 million to 1.6 million could be newly enrolled under Medicaid (Medi-Cal, as it’s called in California), according to the UCLA Center for Health Policy Research and the UC Berkeley Labor Center. Between 1.8 million and 2.1 million Californians could enroll in subsidized exchange coverage, their study said. Some of those currently have insurance but would find these programs better options.

The federal government will pay 100 percent of the expanded Medicaid costs starting in 2014, bringing up to $8 billion a year to California. An additional $6 billion in federal money could support the exchanges through tax credits, according to the Urban Institute.

The exchange hasn’t waited for the Supreme Court ruling to forge ahead. It announced recently that it will award a contract worth nearly $360 million to Accenture to develop a website and enrollment system where California residents can shop for coverage. The exchange plans to open for business in October 2013, when Californians can sign up for insurance during an open enrollment period, with coverage to commence in 2014.

“We want to make sure purchasing insurance from the exchange is as easy as shopping on Amazon,” said Kim Belshé, former secretary of the state Health and Human Services Agency and board member of the California Health Benefit Exchange.

Medi-Cal expansion has also forged ahead through the Bridge to Reform. Forty-nine California counties are participating so far. Fresno and San Luis Obispo counties formally withdrew from the program, not because of the pending Supreme Court decision but because they feared the influx of patients could overburden their health systems.

The remaining counties are in the pipeline, with some leaning toward participation and other expressing skepticism, even after the Supreme Court ruling.

Mary Ann Lee, managing director of the Health Services Agency of Stanislaus County, said Thursday that her department continues to weigh participation. “We’re interested in looking at this, but we would not go forward without being able to determine that it was affordable,” she said.

Californians by the thousands already are taking advantage of the health care overhaul. The Obama administration estimated earlier this month that 435,000 Californians between the ages of 19 and 26 have obtained coverage through the provision that allows them to remain on their parents’ policies.

More than 11,000 Californians belong to the state’s federally funded high-risk insurance pool, which offers insurance to people with pre-existing conditions who previously had been denied coverage by insurers.