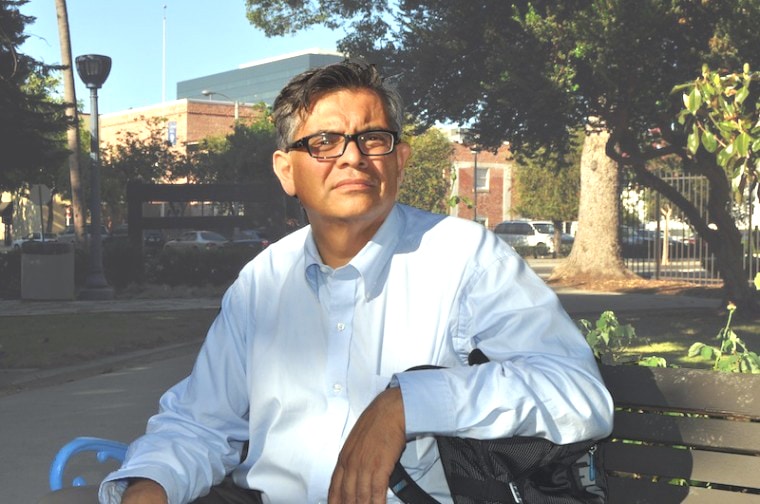 It’s hardly surprising to learn that NBC’s sitcom Parks and Recreation is one of Santa Ana Parks, Recreation and Community Services Director Gerardo Mouet’s favorite shows. He especially enjoys the show’s depiction of the ongoing rivalry between the parks and recreation and library staffs over scarce budget dollars.

It reflects a reality that Mouet says plays out in cities everywhere and took a particularly dramatic turn in Santa Ana in 2009 when the budget crunch forced the two departments to merge.

Mouet, who had been head of Parks and Recreation, found himself in an office on the top floor on the city’s main library in the downtown Civic Center and in charge of a library staff that was not only battered by budget cuts but worried that they would be getting the short shrift from a parks guy.

The years since the merger have been difficult at times as employees and managers have had to find ways to maintain consistent service with significantly fewer resources. But Mouet says his people have adapted well and the department has energy and entrepreneurial spirit that didn’t exist before.

We sat down with Mouet recently — in a city park, of course — and talked about the tumult of the last several years and his plans for the future.

Q: You took over the Santa Ana Parks and Recreation Department — which in 2009 merged with the Santa Ana Library and became Parks, Recreation and Community Services — in the early part of last decade. What has happened to the budget since then?

A: The best way to look at it is not dollars, because contracts and salaries increase with time, but staffing. In 2002-2003, if you added up the library staff and the Parks and Rec staff, it came to 145 full-time employees. Today we have 67. We’ve experienced this reduction in staff, but haven’t shut anything down. We’ve figured out how to do things in a different sort of way. We do a lot of partnerships with nonprofits, do a lot of partnerships with leisure class instructors. When you see someone teaching Zumba or martial arts, those are contract instructors. Back in the day we had very little of that.

Q: This year’s budget process in Santa Ana was among the most brutal in the city’s history. How did the Parks, Recreation and Community Services Department come out of it?

A: We’re not jumping for joy, but there were no layoffs in Parks and Recreation. We have some positions that are vacant, and we may or may not have an opportunity to fill them. My agency, like other agencies, we have had to sadly say goodbye to employees in the past, but given the magnitude of [this year’s] budget crisis, its pretty remarkable that there were no layoffs … and no reduction of services, no closing down of parks or senior centers and no reduction of hours.

Q: Do you have any new programs or initiatives that deserve special attention?

A: The library has gotten some grant monies and some resources in order to produce videos and get kids to learn how to do videos, and we have a grant where young people are learning to write and how to produce Web content. We’ve also been fortunate to get some library grants to work with teens, and the city having such a young population, it’s been a long-standing priority for my agency and community leaders in general to focus on young people. Half the people in this town are under 29 … so you need to think about your development in many different ways, not just workforce and education, but keeping them positively active and motivated to go in the right direction. The sports programs and recreation probably hits the largest number of young people, and we rely on partnerships with the volunteer organizations. … You need to offer choices, and that is what my agency is really about.

Q: When the Park and Recreation and Library departments were merged into one department in 2009, many saw it as a regrettable consequence of the city’s ongoing budget crisis. Now that you’ve had a few years to adjust, what are the biggest challenges to having both departments under one roof? Has anything unexpectedly positive come out of it?

A: Imagine you are a librarian, and your library director, who was there for the longest time, just retired and they’re not going to replace him or her, and your new boss is the head of Parks and Rec. And you have all these stereotypes of parks and rec people. You are like “Oh my gosh, we’re not going to have a bright future. Everything is going to be Parks and Rec focus. The library is going to be reduced to a stepchild.” Understanding this fear, I decided to put my office in the library. The message is we are all going to be a part of one culture, one agency … we have had to be very creative to keep on keeping the resources available to the community.

Q: Although Santa Ana remains among the most park-poor cities in Orange County, the city did add 22 acres of parkland this year. How were you able to make that happen?

A: We are adding 22 acres. Some of the 22 acres are done, and some are funded and in the process of being done. It was a combination of a variety of different things. A significant part of the addition is new joint-use parks. There are some new parks, like the future Pacific Electric Park, 1.4 acres. When there was a city fire department it had some land where at one point they wanted to build a fire training facility. Well, that ain’t happening, so 4.4 acres of that land will be a park. It’s not a park right now, but it is 22 acres. It is next to the [Santa Ana] river, and we hope that the funding will come through. … It will be more of an ecological park — very educational, with a goal of teaching the public what the Santa Ana River looked like 200 years ago.