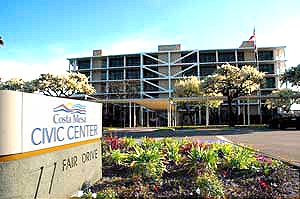 In the now years-long outsourcing debate in Costa Mesa, the Republicans who control the City Council have had the benefit of the council dais to dominate the conversation over whether city services should be privatized.

But in the battle over Measure V — which would allow the city to adopt its own charter and pave the way toward privatization — it is organized labor that has dominated on the internet and in voter’s mailboxes in the run-up to Election Day.

According to the most recent campaign finance disclosure forms available on the city’s website, labor has out-raised supporters of Measure V by a 10 to 1 margin.

The Orange County Employees Association and trade union groups, with significant help from contributions by statewide labor groups, have amassed a $500,000 war chest that is funding a barrage of advertisements and mailers against the measure.

OCEA has made the largest investment — nearly $300,000 — in the No on Measure V efforts. Next highest is the $100,000 contributed by the California Construction Industry Labor Management Cooperation Trust, a Sacramento-based organization representing trade unions and construction companies.

Other local labor groups contributing include the OC Professional Firefighters, the United Food and Commercial Workers, the California Federation of Teachers, the Orange County Labor Federation and the United Nurses Association of California.

The contributions by outside labor groups can at least partly be attributed to the massive statewide battle over Proposition 32, which among other things bans automatic deductions from wages by unions and corporations for political purposes.

At first blush it seems like a tremendous amount of money to be raised and spent on behalf of approximately 200 of Costa Mesa’s civilian workers, especially when considering that the PAC pushing for Measure V — Citizens for Costa Mesa City Charter — raised only about $50,000. The local Republican Party was one of the two largest contributors with $10,000.

But the spending makes more sense when put in the larger context of the outsourcing battle that has been raging since the current council majority — led by Councilman Jim Righeimer — was elected in 2010.

In March 2011, Costa Mesa became a flashpoint in the nationwide ideological battle between public employee unions and the GOP when it sent layoff notices to more than half of the city’s workforce as a first step in an unprecedented outsourcing plan.

The notices sparked an intense reaction from OCEA and other local unions and led to a lawsuit against the outsourcing plan that continue today.

The labor groups have won every major decision to date contesting the legality of the layoff notices and outsourcing efforts, and the city is currently precluded from engaging in any outsourcing. City officials are in the midst of appealing a series of Superior Court and appellate decisions.

“I’ve always understood that labor was going to focus on our city,” said Righeimer, who is the intellectual author and leader of the city’s outsourcing plan. “They’ll do everything they can to stop us from getting independent from Sacramento. They’ve never spent this much money anywhere else.”

The city spent just over $1.1 million opposing the lawsuit.

But rather than try to match labor in political spending, Righeimer, and fellow council members Steve Mensinger, Gary Monahan and Eric Bever chose to use their collective bully pulpit to fast track Measure V for the November ballot.

The measure would prohibit the city from deducting political contributions from paychecks, much as Proposition 32 would. The measure would require a public vote on future pension enhancements and eliminate state requirements for the use of prevailing wages on public works projects.

Opponents of the charter push have criticized the council majority for pushing through its own vision for a charter — one that is intensely hostile to organized labor — without crafting community consensus.

“If this City Council majority hadn’t jammed through their charter scheme behind closed doors with such limited community input, then the community and labor wouldn’t have had to spend so much time and resources to tell voters the truth about just how dangerous it would be to give any politician as much power as Measure V would give this City Council,” said OCEA Assistant General Manager Jennifer Muir.

Muir argues that in its zeal to attack labor,  the Righeimer-led council majority has left taxpayers open to abuse with a badly thought out charter that could lead to abuse.

“The reason people are spending so much time and effort to fight against Measure V is so that Costa Mesa won’t become the next failed charter city, like Bell and Stockton,” Muir said.

At public forums, Righeimer has acknowledged that the city charter being proposed on Nov. 6 is narrow and largely reflects the council majority’s perspective. For him, he said, “the issue is prevailing wage.”

Righeimer argued that the city’s labor contracts are too generous on pensions and benefits and that the key to fiscal survival is a city charter that can free up officials to bid out services to the private sector.

Mensinger and Monahan are running for council seats this November. Planning Commissioner Colin McCarthy has joined them on a slate called “the Three M’s.”

Righeimer said that regardless of what happens to Measure V in Tuesday’s election, the council majority will maintain its focus on a city charter.

“If for some reason it doesn’t pass, we’ll come right back again,” Righeimer said. “We’ll take up all the issues they say are problems. In the end those are red herrings.”

“I look out long-term,” Righeimer said. “Ten to 20 years from now, Costa Mesa will be a charter city.”

Correction: A previous version of this story incorrectly stated that Costa Mesa has spent $2 million opposing the lawsuit against the city’s outsourcing plan.