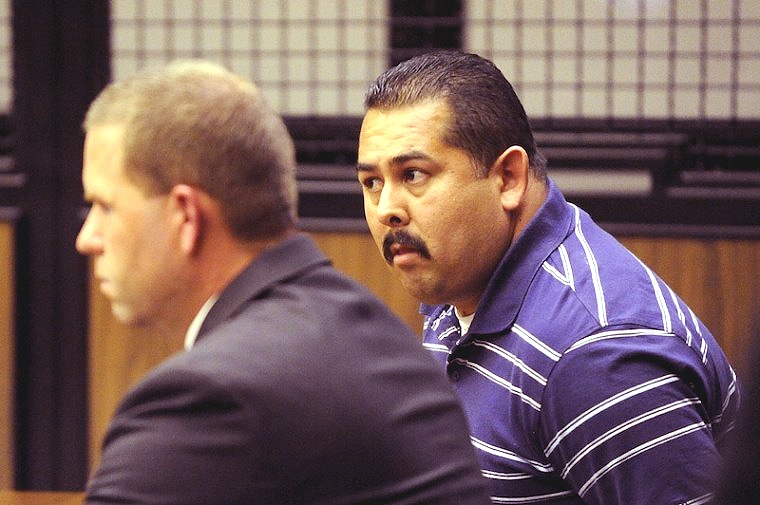 If the trial goes forward as scheduled, lawyers estimated it would take upwards of a month, meaning it would be underway on the two-year anniversary of the beating, which took place on July 5, 2011, and Thomas’ death five days later.

During Friday’s proceedings, Froeberg affirmed his decision to turn down defense motions to dismiss all charges against former officers Manual Ramos and Jay Cicinelli. After the hearing, John Barnett, Ramos’ attorney, said he plans to appeal the judge’s ruling to the state’s 4th District Court of Appeal.

Both left the Fullerton Police Department in the wake of the beating. Cicinelli was with the department for 12 years and Ramos for 10 years. Ramos is the first police officer in Orange County history to face murder charges for an act committed as part of his official duties, according to the Orange County district attorney’s office.

Barnett said the crux of the judge’s refusal to dismiss the charges was a statement Ramos made that was captured by an audio recorder worn by officers. Ramos threatened Thomas: “Now you see my fists? They’re getting ready to f*** you up.”

Barnett said the judge has the context of the exchange wrong because he didn’t mention what Ramos said next.

“The court and the district attorney just don’t want to read the next line, which is ‘if you don’t follow my orders,’” said Barnett. He said Ramos simply was advising the 37-year-old Thomas to follow police orders.

A video of the beating shows that a total of six officers converged on Thomas. He ultimately died of suffocation and blood draining into his lungs that prevented him from breathing, according to the coroner’s report.

District Attorney Tony Rackauckas had asked for a May trial date. Meanwhile, defense lawyers said they couldn’t be ready until at least October.

Ron Thomas, Kelly Thomas’ father, who has attended all of the court hearings, told the judge he believed the defense lawyers were simply stalling by proposing the fall trial dates. “I’d like to see it proceed [earlier] as a matter of justice for my son,” he said.

Froeberg set March 29 as the hearing date for motions to dismiss charges against a third defendant, Officer Joseph Wolfe.

Wolfe was the first officer to strike Thomas, but charges against him weren’t filed until Sept. 27, 2012, roughly a year after Ramos and Cicinelli were charged. Wolfe’s case may be combined with the other two, said Rackauckas.