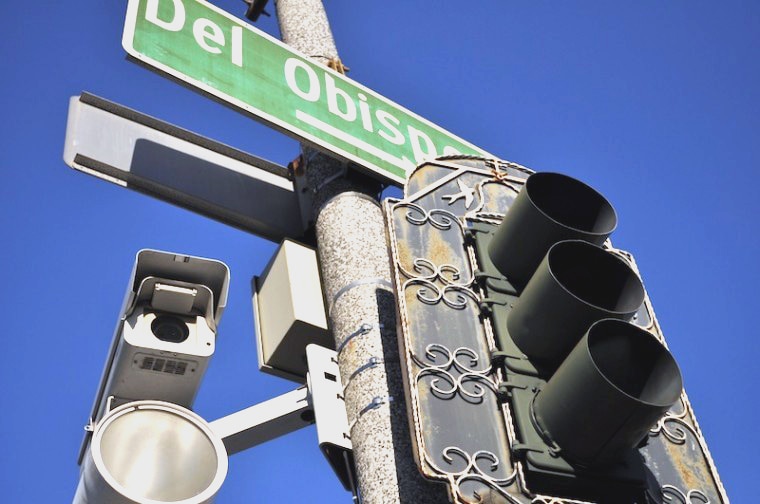 The red light camera company behind an alleged $2-million bribery scheme at Chicago City Hall also has contracts with the cities of Santa Ana and Garden Grove stretching over more than a decade.

RedFlex Traffic Systems, an Australian company that bases its North American operations in Phoenix, paid for thousands of dollars in trips taken by a Chicago transportation official who oversaw the city’s red light camera program, according to reporting by the Chicago Tribune.

The trips, which included golf outings, airfare, rental cars, meals and “lavish hotel accommodations,” were in addition to $2.03 million the company paid to a consultant, with some of that money intended for the transportation official, the Tribune reported.

The company is under investigation in two other areas, the Tribune reported, but indications are they don’t include Santa Ana, Garden Grove or any other municipality in Orange County.

After the Tribune’s reports, the company ousted all of its top executives, and federal authorities launched a criminal probe, according to the newspaper.

Since their inception, red light cameras have been controversial. Police departments argue that they’ve proven to reduce serious car accidents at intersections, but defendants routinely challenge the tickets, arguing against the legitimacy of the photo evidence. Fines range in the hundreds of dollars.

Former Santa Ana City Councilman Brett Franklin, who voted for the red light camera system, said he wouldn’t support the system today because it seems designed more to make money than save lives.

“It seems like since then it has turned into a way to create more revenue. I don’t think that’s the right way to go about that,” Franklin said.

The Santa Ana City Council approved the original RedFlex contract in 2002, the year before RedFlex was granted its Chicago contract. Only Mayor Miguel Pulido remains from that council.

The Santa Ana agreement is signed by Karen Finley, who was vice president of the company’s North American operations and among the executives ousted in the wake of the Tribune’s reporting.

A 2010 contract extension was signed by Aaron Rosenberg, whom RedFlex described as having an “evil mind” in a lawsuit targeting the former executive for damages resulting from news about the bribery allegations. RedFlex officials allege in the suit that Rosenberg secretly misappropriated company funds.

Levatino also said that RedFlex had used several law enforcement consultants to help RedFlex connect with city officials. But he said he couldn’t recall the identities of the consultants.

“They were going through law enforcement consultants, several of them,” Levatino said. “Usually municipalities are more apt to speak to a law enforcement representative than a salesman. That just gets the foot in the door.”

During the bidding process in 2002 for Santa Ana’s red light camera contract, all the bidders except RedFlex withdrew their bids, according to city staff. City officials didn’t explain why during City Council meetings at the time, but Levatino said that city officials wanted a more advanced technology, such as an all-digital photo system, that only RedFlex could provide.

“That was, among many other things, one of the specifications in the RFP [request for proposal],” Levatino said.

Levatino and officials from Santa Ana and Garden Grove, as well as those from RedFlex, say they have no knowledge of any bribes being taken in those cities.

Said Jody Ryan, director of communications at RedFlex: “Redflex does not have knowledge of unethical conduct relating to our contract with the city of Santa Ana. We are proud of the work we’ve done with the city and continue to do all we can to make the roadways safer for all residents.”

She said the same goes for Garden Grove.