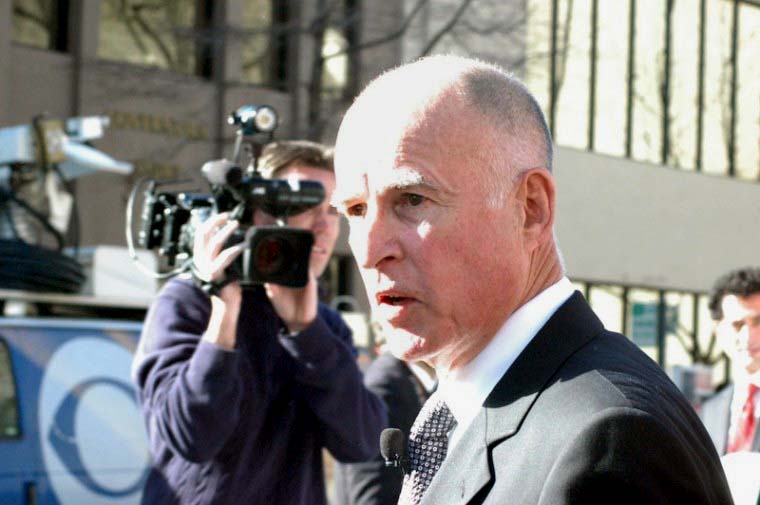 Under heavy pressure from news organizations and open-government advocates, Gov. Jerry Brown and leaders of the state Senate reversed themselves Thursday and abandoned an effort that would have gutted the California Public Records Act.

“Accordingly, the Senate will take up the amended SB 71 passed by the Assembly today that removed changes in the budget regarding the California Public Records Act. As the Senate advances its proposed constitutional amendment, the Assembly will work with them throughout its process to give voters the chance to make clear that good government shouldn’t come with an extra price tag.”

Brown’s spokesman, Evan Westrup, also issued a statement of support Thursday afternoon for both the Assembly and Senate plans.

“We support the legislative leaders’ approach, which will eliminate uncertainty about local compliance with the law and, on a permanent basis, ensure that local government pays for what has long been its explicit responsibility,” the statement read.

Rhys Williams, spokesman for Steinberg, said the Senate will act Monday on the Assembly version of the bill. He said a proposed constitutional amendment is being drafted now and will be ready for legislative votes “soon.”

The new plan, according to Terry Francke, general counsel to the open-government organization Californians Aware, will keep the Public Records Act intact and ask voters next June to approve a change in the state constitution to require local governments to pay the costs for providing their public records.

Under the budget package that cleared the Legislature last week and is awaiting Brown’s signature, significant cuts would have been made to the Public Records Act, which declares “access to information concerning the conduct of the people’s business is a fundamental and necessary right of every person in this state.”

By making cuts in how public agencies comply with the law, Brown hoped to save the state several million dollars in reimbursement costs. He said he believed the agencies would continue to voluntarily comply with the act and absorb the costs themselves.

But the proposed cuts, contained in two trailer bills that cover hundreds of items affected by the budget, received strong opposition statewide from large and small news organizations and open-government advocates.

This week 14 editors of print and online news organizations throughout the state, including Voice of OC’s Editor-in-Chief Norberto Santana Jr., sent Brown a letter urging him to veto the two budget trailer bills that weaken the Public Records Act.

“As experts on compliance with our state’s current Public Records Act, we can assure you that many local jurisdictions will not — as some legislators suggest — voluntarily abide by best practices,” the letter azsserted. “In the real world, cities, counties, schools and government boards already spend abundant time and money trying not to comply with the act. Inordinate delays are typical, illegal denials common.”

Under the proposed cuts, cities, counties and other public agencies could deny a request for public records without giving a reason. They also would no longer have to respond to requests within 10 days and would not have to release the records in electronic format if that is how they are kept.

That could mean members of the public and news organizations would have to spend hours, days or weeks retyping records into spreadsheets or databases simply because a government agency refused to release the already-existing electronic file.

Lawmakers initially said they believed public agencies would voluntarily continue to follow all sections of the Public Records Act by adopting it on a voice vote each year.

The ballot measure followed a successful effort by Brown to cut the reimbursements the state paid to local agencies for requiring them to publicly post meeting agendas.

The posting requirement was cut from last year’s budget, meaning local agencies need not post their agendas. If they continued to post them, they had to absorb the cost. There were no known reports of agencies refusing to post agendas for cost reasons.

The ballot measure in November permanently required local agencies to post agendas and pickup the cost.

In January, he proposed a similar cut in sections of the Public Records Act that cost local governments money. The state is required to reimburse local costs that stem from state laws, but open-government advocates said posting agendas is far different from providing documents.

The Assembly didn’t include the cuts in its version of the new state budget, but the state Senate did. When a two-house conference committee drew up the final budget this month, the Senate plan was included, and it passed both houses on party-line votes.

As opposition escalated this week, Chris McKenzie, executive director of the League of California Cities, said that the League hadn’t had time to take an official position but that “we believe the substantial majority” of California cities would voluntarily adhere to the full law.

The board of the Association of California Cities-Orange County, whose members include the county, 27 cities in the county and some businesses such as Disneyland, met Wednesday and voted unanimously to encourage all of its members to continue following the Public Records Act in its entirety, said spokesman Steve Greyshock.

Gov. Ronald Reagan signed the act into law in 1968. It was proposed by a coalition of news, judicial and attorney representatives, said Howard Williams, at that time editorial director at the CBS-TV news affiliate in Los Angeles. Former Rep. Vic Fazio, D-Sacramento, who worked on the bill as a young legislative staffer, said it was patterned after the recently adopted federal Freedom of Information Act that was sponsored by Rep. John Moss, D-Sacramento.

Then Assemblyman William T. Bagley, R-San Rafael, author of the California law, said this week that when his staff, along with news, legal and judicial supporters, researched the issue in California, they discovered a hodgepodge of local ordinances and policies.

Some agencies, he said, spelled out in their ordinances “our records are not public.”