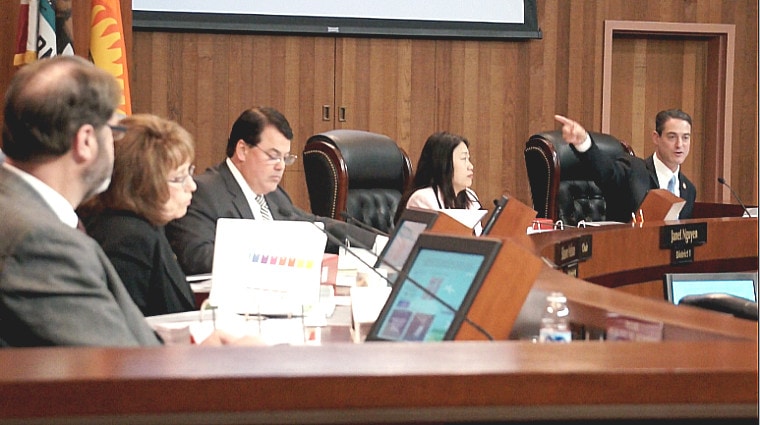 Orange County taxpayers could pay a $1-million legal tab for the Sierra Club because the county Board of Supervisors lost a court battle this week seeking to protect exclusive access to digital maps of the county for business groups and block free access for the public.

California’s Supreme Court ruled Monday that the Sierra Club was correct when it sought free access to the geographic information system maps in 2005 after an attorney general opinion called on counties to make the information available.

Orange County — which has what environmentalists call gold-plated mapping software — fought that directive, saying their products were exempt from the California Public Records Act, because they were the product of computer software. That argument held up for years in lower courts, but the state’s highest court rejected it.

“I don’t think that government should be in the business of selling public records for profit,” said attorney Dean Wallraff, who was one of two lead attorneys in the case representing the Sierra Club on a contingency basis.

“This information shouldn’t be available to rich people or big business interests on a more facilitated basis than everybody else,” said Wallraff.

Under the state’s Public Records Act, petitioners are entitled to receive attorneys fees when they win a lawsuit against public agencies illegally blocking access to public records. Wallraff said Sierra Club attorneys have spent years on the case working on contingency and expect to bill nearly $1 million in legal fees.

According to documents provided by the county, officials have spent about $3.5 million over the past five years to develop the mapping software, called OC Landbase. During that same time, they earned just under $1 million from licensing deals.

The court’s opinion noted that computer software is excluded from the definition of a public record but also raised a distinction.

The question before us is whether the term computer software, as used in section 6254.9 (of the Public Records Act), encompasses the OC Landbase in a GIS file format. If so, then the GIS-formatted OC Landbase is not a public record subject to disclosure; if not, then it is a public record subject to disclosure unless otherwise exempt under the PRA.

We hold that although GIS mapping software falls within the ambit of this statutory exclusion, a GIS-formatted database like the OC Landbase does not. Accordingly, such databases are public records that, unless otherwise exempt, must be produced upon request at the actual cost of duplication,” wrote Justice Goodwin Liu in a unanimous opinion that drew applause from both environmentalists and open records activists.

Court justices also pointed out the impact of Proposition 59, adopted by California voters in 2004, as reinforcing their action.

Terry Francke, general counsel for CalAware and open records consultant for Voice of OC, celebrated the long-term impacts of how Proposition 59 helped bolster the court’s action.

“Beyond and at least as important as the specific benefit for those increasingly using governmental GIS data for a wide array of analytical purposes is the court’s application of the state constitutional amendment added by the voters in 2004 and best known as Proposition 59,” Francke said.

“After close examination of several key technical terms as used in various statutes and a careful sifting of lawmakers’ intent as shown in the legislative history of several relevant provisions, the court found arguments for public access to GIS data more compelling, but looked to Proposition 59′s rule of interpretation to confirm its conclusion,” Francke said.

According the court opinion, Orange County was among nine counties that do not provide access to GIS-formatted parcel base maps as public records.

The decision may now provide the legal precedent to open such mapping products in those other counties, Wallraff added.

Sierra Club activists often use parcel map data when studying how to best manage open space parcels in public lands, especially when they are close to private holdings. The best way to get a sense of how to create things like wildlife corridors is parcel maps, Wallraff said.