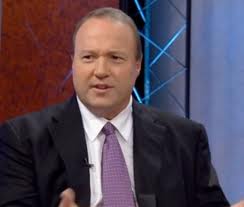 As a city investigation into the finances of Costa Mesa’s 60th anniversary event continues, questions are being raised about an event company co-owned by Orange County Republican Party Chairman Scott Baugh.

The company, KB Event Management, ran the food and beverage section, called OC Tastefest, of the anniversary event. But seven weeks after the event, the company still hasn’t provided a final accounting of how much revenue was raised and what its costs were.

The Costa Mesa anniversary event was held Friday, June 28, through Sunday, June 30, in front of City Hall, including part of Fair Drive. It included concerts, carnival rides, fireworks, an art walk and a 1,700-pound chocolate cake.

Even those raising questions about finances said people had a “phenomenal time” at the event.

The aftermath has been less rosy.

Two city employees involved in the event’s planning — Public Affairs Manager Dan Joyce and Special Events Coordinator Christine Cordon — were placed on leave Aug. 6 following allegations about “fiscal policies and procedures that may not have been followed.”

Baugh’s company is among several aspects of the event for which members of its planning committee have yet to receive cost breakdowns. As of January the city was set to contribute about $125,000 to the event out of total costs of around $315,000.

City officials have so far declined to specify on which aspects of the event their investigation is centered. Both Baugh and Kutscher say they have no knowledge of their company being focus of the city’s investigation.

Other concerns surrounding the event include the choice of using expensive music performers and paying for equipment that could have been donated.

Reached at his home on Monday, Joyce declined any comment on how the event was handled, saying the facts will come out after the investigation.

Kutscher estimated that the Tastefest brought in “a little over $100,000” in revenue through coupon sales, of which KB would receive 30 percent. KB is also set to receive less than $10,000 in fees charged to the food vendors, he said.

He hasn’t responded to a Monday email from a reporter asking for a copy of the contract. He also declined to estimate his overall expenses for items such as tents, health permits, lighting, tables and chairs, saying he was still working on it.

This lack of hard figures so long after the event makes Councilwoman Sandy Genis uncomfortable.

“We need to know what we spent on the whole thing first before we even talk about doing anything in the future. I mean, that’s the responsible thing,” said Genis. “The sad thing is, they get a bunch of volunteers to sell the tickets, they get restaurants to come, and they just walk away with a bag of money.”

For his part, Kutscher said he doubts his company will make any money off the event.

The city still hasn’t complied with a July 23 public records request seeking copies of the event’s contracts, payments, budget and other information, according to a Facebook post Monday evening by activist Reggie Mundekis.

Baugh rejected any suggestion that his political connections helped his firm get the job, saying he had “no involvement whatsoever.”

“I had no discussions with the council over this event whatsoever,” said Baugh. “My understanding is Dan Joyce approached Gary Kutcher because Dan has worked with Gary in his capacity as organizer of the Orange County Marathon.”

Kutscher said it was Joyce who first contacted him about organizing the food concessions.

“The city came to us. We produced the Tastefest last year in conjunction with the OC Marathon,” said Kutscher.

Baugh said he makes money from KB Event Management, but not from the Costa Mesa anniversary event.

“I can definitely say on the record that I generated zero dollars off of the event, either directly or indirectly,” said Baugh.

Event organizers also question why there were several restaurants from other cities like Newport Beach while popular Costa Mesa spots such as Wahoo’s Fish Taco were absent.

Kutscher said his company made every effort to sign on Costa Mesa restaurants, including contacting “100-plus” eateries within the city, but that many couldn’t come because they didn’t have enough staff.

Kutscher said he “would have loved to have” Wahoo’s at the event but the restaurant did not have the manpower to staff it.

“We were asked to bring Tastefest there. We did it. We exceeded everyone’s expectations as far as how it was received there,” said Kutscher. “We tried to do it to where it was virtually no cost to the city.”

While Baugh’s company is for-profit, the temporary liquor license for the event had to be issued to a nonprofit, so Kutscher applied for it under the The OC Marathon Foundation — a group he also runs — in his application to the state Department of Alcoholic Beverage Control.

“It’s a foundation that we support, and with your liquor license it needs to be drawn by a nonprofit, and we wanted to support the foundation, so that’s why we did that,” said Kutscher.

The marathon raised questions in 2011 after it shifted to being run by a for-profit entity that resisted disclosing its financial records or what percentage of proceeds go to charity.

At the time, Baugh and other marathon investors said they were being unfairly singled out.

As for June’s anniversary celebration, Baugh insists that his company “did what they were asked to do by the city.”

Lester said that while people had a great time at the event, a proper accounting is still needed.

“You have to look at what went on behind the scenes and make sure that policies aren’t just thrown out the window just because you’re having a party,” said Lester.

“I’ve never seen an accounting for all those numbers,” said Scheafer, referring to the anniversary event in general. “I hope this gets resolved quickly, because again our committee is sort of dangling in the wind.”