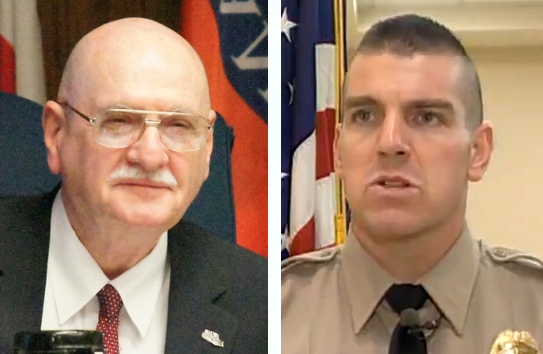 Garden Grove officials are struggling to contain rumors that Mayor Bruce Broadwater’s son is close to being hired as a firefighter despite having failed a crucial interview with battalion chiefs for the position.

Jeremy Broadwater, who is also a Fire Department intern and a parks patrolman for Community Services, has received a conditional offer for a firefighter paramedic position, according to records obtained by Voice of OC. The 36-year-old Broadwater was one of 500 applicants and among 40 who made the eligibility list, records show. The hiring depends now on a background investigation.

For weeks, whispers that Jeremy Broadwater didn’t pass muster to be a firefighter but would likely be hired nonetheless, have roiled the department. Discord over such rumors led fire union President Scott Kuhlman to include concerns about “hiring practices” in an Aug. 28 letter to the fire chief, Kuhlman confirmed during interviews with Voice of OC.

The intent of the letter was to create a record showing that the fire union had no part in any inappropriate hiring, Kuhlman said.

“As the union president, I’ve just been so confused with rumors. We said, ‘Look, we gotta put something in writing,” Kuhlman said. “If, in fact, these are found to be true and validated, we want a letter protecting us.”

The fire union membership, however, directed Kuhlman to make the letter “personal” and shield it from public disclosure, the union president said. City officials denied a Voice of OC request filed under the California Public Records Act to obtain a copy of the letter, arguing that while a letter was sent to the fire chief on Aug. 28, it was personal in nature and therefore not a disclosable record.

Terry Francke, general counsel for the group Californians Aware and Voice of OC’s open-government consultant, said that under the public records law, city officials can’t declare correspondence between public officials as personal when it is clearly regarding city business.

“There’s no such thing as an exemption for correspondence to a public official about public issues —  about governmental issues — simply because it’s regarded as personal,” Francke said. “The law cannot be manipulated that way.”

Voice of OC has protested the withholding of the letter but has yet to receive an official response.

When reached by phone, Jeremy Broadwater would not comment specifically and referred all questions to a Garden Grove lawyer. He also threatened unspecified “repercussions” if a reporter called him again.

“This is the first I’m hearing of any of this. I don’t know why you’re even calling me about this,” Jeremy Broadwater said.

The dust-up over Jeremy Broadwater is just the latest nepotism controversy at Garden Grove City Hall.

Mayor Bruce Broadwater, who works for the California Division of Labor Standards as a deputy labor commissioner, has said that he disapproves of nepotism at City Hall and that he had no hand in his son receiving a job at Community Services. He is working to bring back an anti-nepotism policy by the end of the year, the mayor told Voice of OC last month.

Meanwhile, some in the Fire Department have said that Jeremy Broadwater is being considered instead of other, better qualified candidates and that the decision to make the mayor’s son a firefighter is the result of political pressure.

There is another red flag regarding Jeremy Broadwater beyond the possibility that he fared poorly in his  interviews by battalion chiefs.

He was charged with public intoxication and resisting a police officer in 2000. The public intoxication charge was dismissed, and he pled guilty to the other. Jeremy Broadwater was “disorderly, contemptuous and insolent” during his criminal proceedings, leading a judge to declare him in contempt of court, public filings show.

The standards for hiring firefighters in Garden Grove are unclear. When asked for documents showing hiring policies, city officials said they don’t exist.

Former Fire Chief David Bertka, who retired last year, said candidates must pass a number of tests before they are eligible for hiring, including written and physical exams, as well as interviews with captains and battalion chiefs.

Bertka said that depending on the severity of the charges, a criminal record doesn’t necessarily disqualify a candidate.

“Somebody could have done stuff that was bad in high school, and maybe he’s okay today,” Bertka said. “If he’s had repeated problems, those are flags.

“We’ve had firemen who have been fired from other jobs, and we’ve hired people with no background problems,” Bertka said.

Bertka said that applications by interns are often given special consideration “if they score high on their own and because of their volunteer history with the city.” Under those circumstances, “we have had extended time to observe them,” Bertka said.

What happens next with Jeremy Broadwater – or Garden Grove’s nepotism issues in general – remains up in the air.

Additional information obtained through a records request shows Fertal’s children and niece passed written exams to qualify for their regular positions and made it onto an eligibility list.

Barlag and Bruce Broadwater didn’t return phone calls and messages for comment. Officials said Fertal is on vacation and cannot be reached. 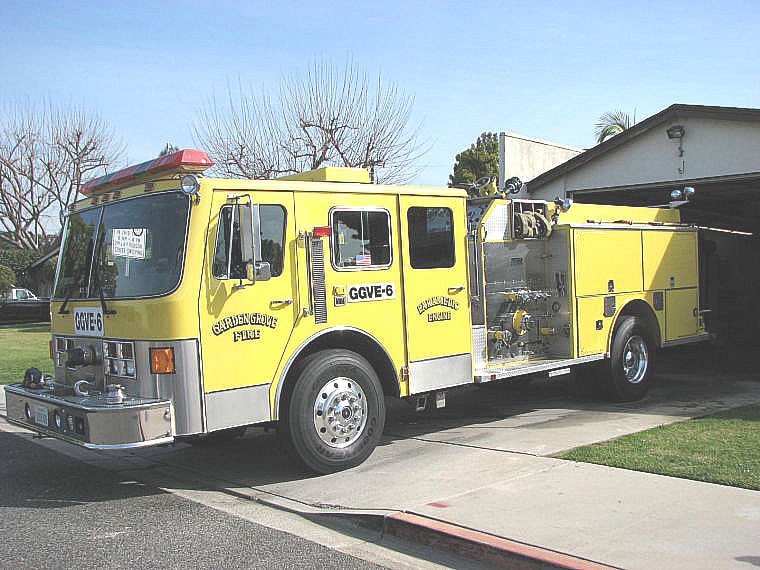