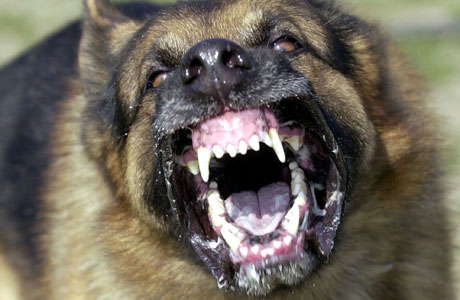 Orange County supervisors Tuesday tinkered with the county’s ordinance on vicious dogs – unanimously establishing a three-tiered standard for putting a dog down as opposed to just giving staff leeway on general incident investigations.

Supervisors Chairman Shawn Nelson vocally backed Spitzer on the issue in September, and supervisors even directed Drabek to establish a website where dogs labeled as vicious could be tracked like sex offenders.

Yet on Tuesday, supervisors largely backed away from the website idea and then quietly approved the revisions they ordered, with Spitzer at one point shaking his head and calling the issue complicated following a trailing verbal exchange with Drabek.

The vote to further regulate vicious dogs came at the tail end of a long day, the year’s last meeting. By the time board members took up the issue, they were visibly tired, with Nelson and Supervisor John Moorlach having scheduled holiday parties up on the fifth floor of the Hall of Administration, where a host of industry lobbyists made their way through supervisors offices until the late afternoon.

Earlier in the day, supervisors rejected another Spitzer-led initiative seeking to adopt a “social host” ordinance that would have stiffened up penalties for instances of underage drinking at residential homes.

Despite a host of testimony from victims’ families and local officials, none of Spitzer’s colleagues would second his request for a formal vote on the ordinance.

That proposal died for lack of a second. Spitzer was later seen having a heated exchange with Nelson — who was no fan of the ordinance — after the board meeting on the dais.