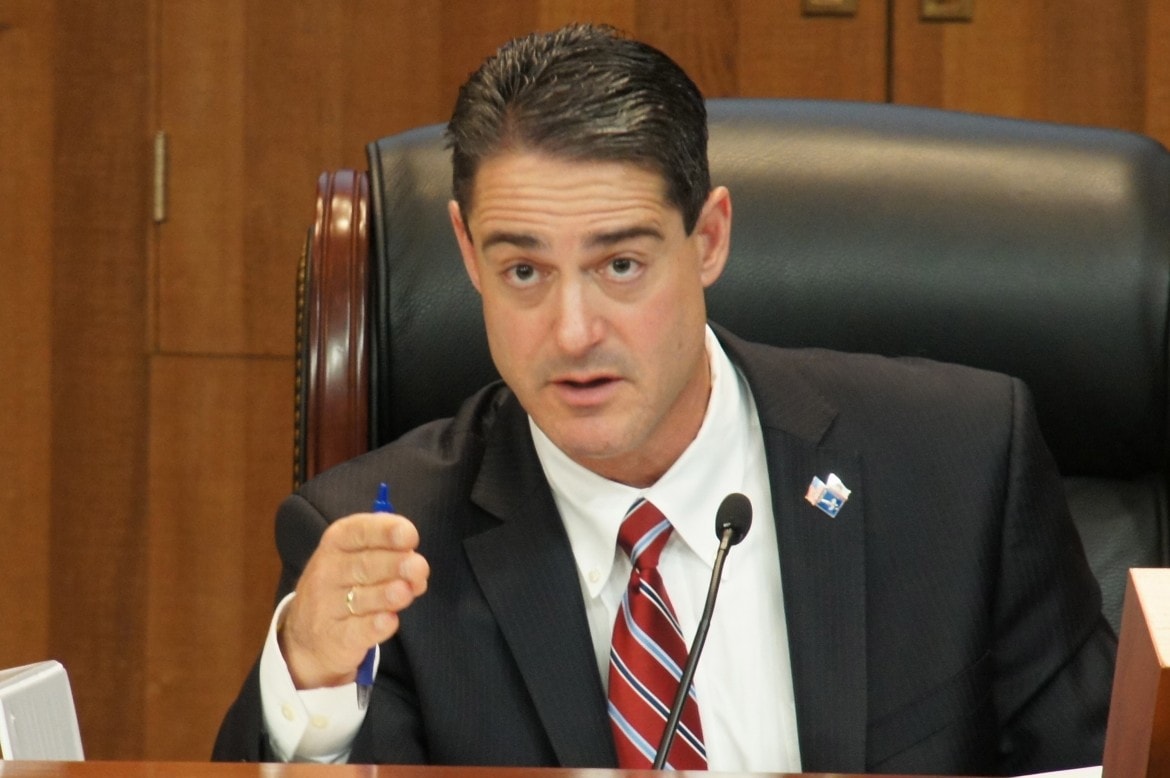 Supervisor Todd Spitzer at an Orange County Board of Supervisors meeting. (Photo by: Nick Gerda)

Orange County supervisors on Tuesday turned down a proposed law that would create new penalties for adults who allow underage drinking at home, after another round of emotional debate over the issue.

The “social host ordinance” was advocated by Supervisor Todd Spitzer as well as numerous law enforcement officials and responsible-drinking advocates.

It would have levied a $750 fine on people “in control” of a property who knowingly allow alcohol consumption by underage people at gatherings with at least three people. A second violation would have been prosecuted as a misdemeanor.

But the proposal fell apart amid concerns about government overreach into the privacy of homes.

“If we think we’re going to stop all these tragedies by getting further and further into people’s homes and lives, you’re not,” Nelson said at last month’s board meeting.

While Spitzer updated the ordinance to state that it gives police no additional powers to enter homes, that apparently wasn’t enough to change the minds of his board colleagues.

All four of the other supervisors opposed the law on Tuesday. None of them seconded Spitzer’s motion to approve, thus failing to bring it to a formal vote.

Supervisor Pat Bates said many of her constituents were concerned about the civil liberties implications.

While there are horrific stories of drunk drivers injuring and killing people, Bates said, the county shouldn’t be legislating for the lowest common denominator.

She encouraged a community-based approach to reducing irresponsible alcohol use.

Spitzer, meanwhile, said the conversation had become distracted from the law’s ability to save lives.

“It’s unfolded into an emotional argument about the cops coming to people’s doors” and crashing them down and violating rights, said Spitzer.

He described the ordinance as a tool to avoid the “horrific aftermath” and “trail of devastation that’s left in the wake” of people who drink and act irresponsibly.

The decision came after members of the public spoke about the loss of their loved ones to underage drunk drivers.

John Saliture said his 16-year-old daughter Allison was killed by an underage drunk driver who had been drinking at a house party.

“This incident deprived us from our life with Allison as we should have experienced it,” said Saliture. “Had there been social host laws on the books at that time, my daughter’s death may have been prevented”

Some cautioned that there are better ways of approaching the problem.

Another speaker said there was “no clear evidence” that social host ordinances are effective, “and it violates our civil liberties.”

Orange County supervisors oversee unincorporated areas, which are home to about 120,000 residents.

What do you think about social host laws? Tweet your thoughts with the hashtag #SocialHost!